‘I will talk to the players to see how we move forward’: Frank Lampard could make Timo Werner his new penalty taker after the German rifled in his spot-kick in 4-0 victory over Krasnodar… following Jorginho’s second miss in four games

Frank Lampard will speak to Jorginho and Timo Werner before deciding who will now take Chelsea‘s penalties.

Jorginho has missed two of his last four spot-kicks after hitting the post with the game goalless during Wednesday night’s 4-0 win in Krasnodar.

The Italian had been substituted by the time Chelsea were awarded a second penalty and Werner dispatched with a thumping effort on 76 minutes. 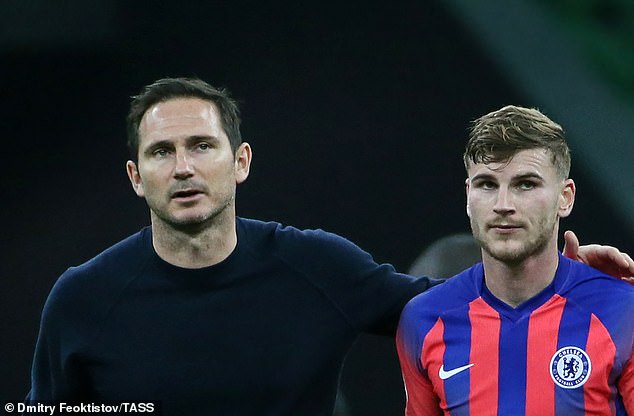 Lampard insists he has no issue with Jorginho’s hop-skip technique, but he could not confirm if the midfielder will continue on penalty duty.

‘Jorginho has had an incredibly successful run of scoring penalties in his career, especially at Chelsea,’ said the Blues boss.

‘If you take that many penalties, as he does, there can be periods when you miss one or two, I’ve experienced that as a player. I’ve got no problem at all with his style of taking them because of the success he’s had. 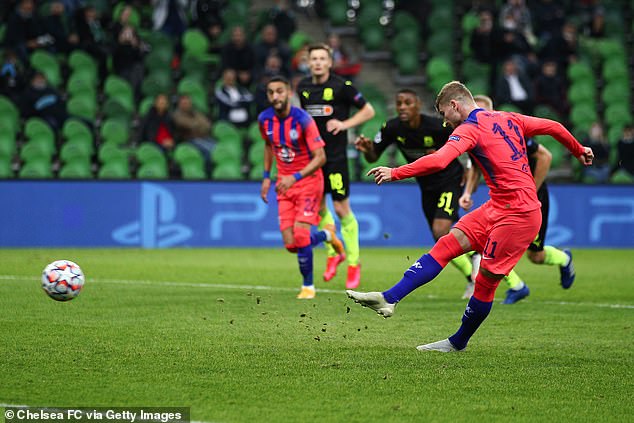 ‘But I know Timo Werner is very capable of taking penalties, as we saw. We have other players that can too. So I will talk to the players to see how we move forward, but we have very good penalty takers at the club.’

The victory in Russia also included a first start and first goal for summer arrival Hakim Ziyech, and Lampard said: ‘His performance was very, very good, when you consider he hasn’t started a match since March. So I was very exited to get him on the pitch.

‘It’s been frustrating, his injury. But, from what I’d seen in training, I knew we’d signed a player of immense quality and personality to receive the ball, to find assists and goals. He will get better. Maybe people have forgotten about him a bit, but he showed tonight that he’s here.’

Meanwhile, Lampard said he had not spoken to owner Roman Abramovich, attending his first Chelsea match in 18 months. But he added: ‘I am very pleased we put on a good performance, four goals and a clean sheet in his home country, so I hope it made him happy.’ 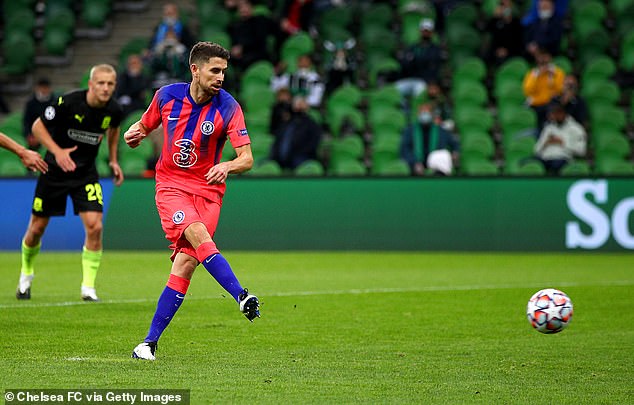 'Hard work, sacrifice and difficult conversations' – how I became a football broadcaster

'Hard work, sacrifice and difficult conversations' - how I became a football broadcaster