A landlord has chopped down a tree containing a six-year-old boy’s hand-built treehouse as a decade-long dispute with his rental tenant reaches boiling point.

Rosy Armitage rented the distinctive two-storey Auckland house under a 20-year lease in 2011 – slowly restoring the building with the help of community support and running a bohemian-style hospitality hub.

The property’s owner, Dr Shen Tat Ooi, has wanted her out of the 19th century heritage-listed 10-bedroom villa since 2012, alleging she is a terrible tenant who has been late on her last 51 payments. 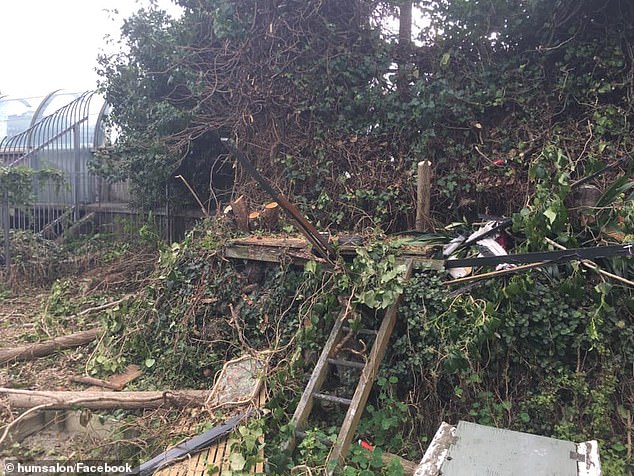 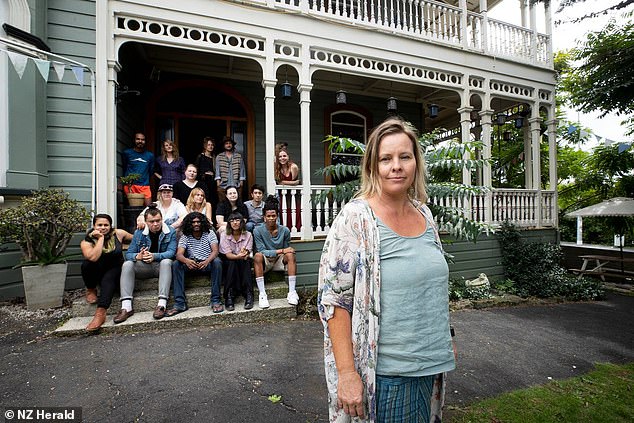 Last week Dr Ooi had hurricane fencing installed around the property and had almost every tree on the grounds cut down including the fully-grown plum tree containing Ms Armitage’s son Leo’s treehouse.

Pictures show the destruction with felled branches on the collapsed structure and debris strewn about the yard. Leo was not even able to collect his carefully arranged treasures and books before the treehouse was demolished.

The move was prompted after years of skirmishes in and out of court resulted in a tenancy cancellation order last month on Dr Ooi’s fifth attempt at a without-notice hearing from which Ms Armitage was absent.

However, when police officers and court bailiffs arrived in early April, Ms Armitage refused to leave the property – so Dr Ooi called a fencing company, an arborist, and allegedly told the electricity company to cut the power. 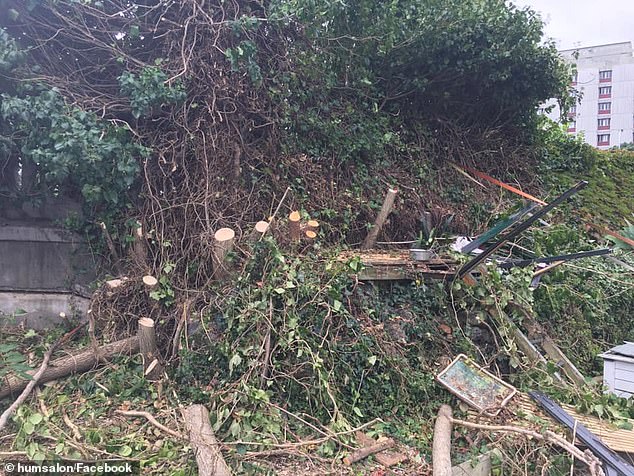 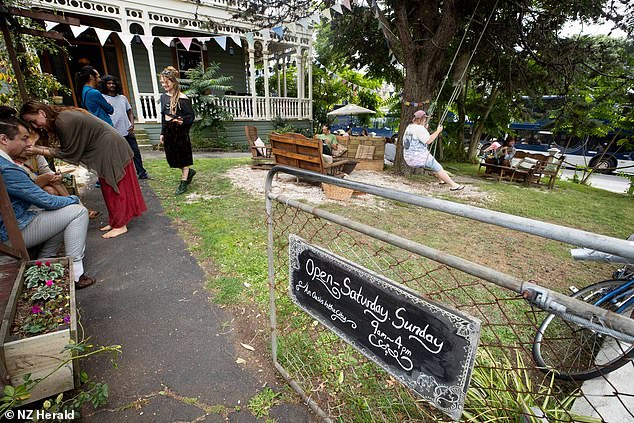 Ms Armitage and her company Hum Hospitality are now trying to raise funds to keep the fight going – with a final showdown appearing to be likely in the High Court in September.

Dr Ooi had bought the house in December 2008 for $975,000 and had intended to turn the dilapidated building into a medical centre and later a restaurant.

Lacking the funds the complete a restoration he instead rented the structure to Ms Armitage who envisioned creating a grand French Enlightenment style hub where people could gather for community run events and lectures.

Currently the dwelling has been significantly restored courtesy of Ms Armitage’s rallying of the community – with a coffee shop operating in the garden and a charitable trust running classes such as sewing and swing dancing on the ground floor. 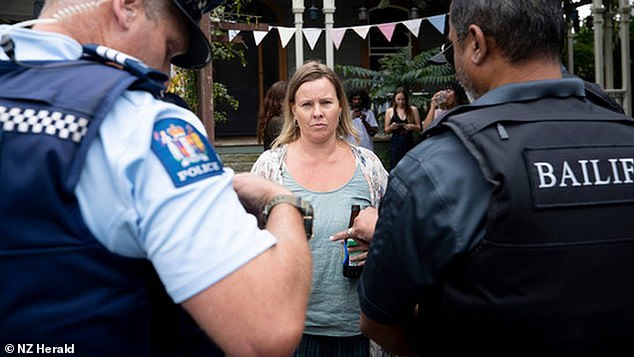 After a lease cancellation was granted last week, police and bailiffs arrived to evict Ms Armitage but she refused to go (pictured)

This restoration work was part of the initial lease agreement between the pair – allowing Ms Armitage to use the property for the first three years rent free.

The bickering began after Ms Armitage alleged re-piling foundation work done by Dr Ooi was deficient – which is the subject of another legal case – and that this had prevented her restoration work from progressing quickly.

Dr Ooi denied this and moved to cancel the lease in 2012 in accordance with a clause about the refurbishment schedule.

The dispute then grew from there involving such items as the value of Hum Hospitality’s renovation work, the amount of the rent, whether the building was improperly used as a boarding house, and whether the lease required Hum to open a restaurant in the building.

Dr Ooi’s lawyer claims that the trees were cut down because they had been damaging a fence on the property and was done validly under the tenancy cancellation.

Ms Armitage is planning a community day, a GiveaLittle page, and a ‘People not Profit’ t-shirt to raise funds to cover rent and keep the legal fight going. 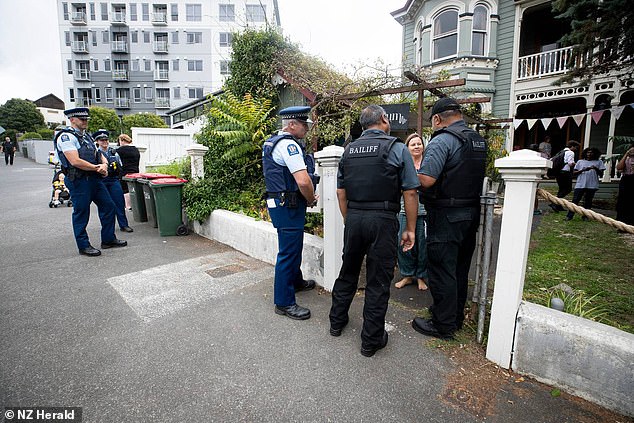