And Larsa Pippen has already gotten her birthday celebrations kicked off early, as she and a joined of pals headed to a bash in Coral Gables, Florida, at an event hosted by PrettyLittleThing on Wednesday evening.

The ex-wife of former NBA great Scottie Pippen, 47, showcased her sizzling curves by stepping out with friends and colleagues in a black dress that came complete with a stylish see-through skirt. 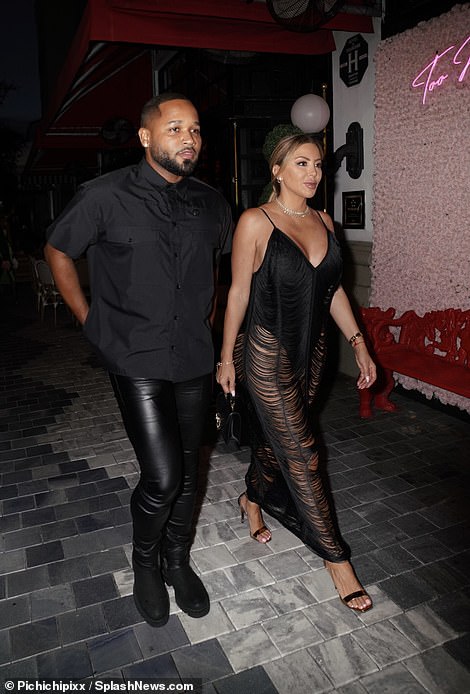 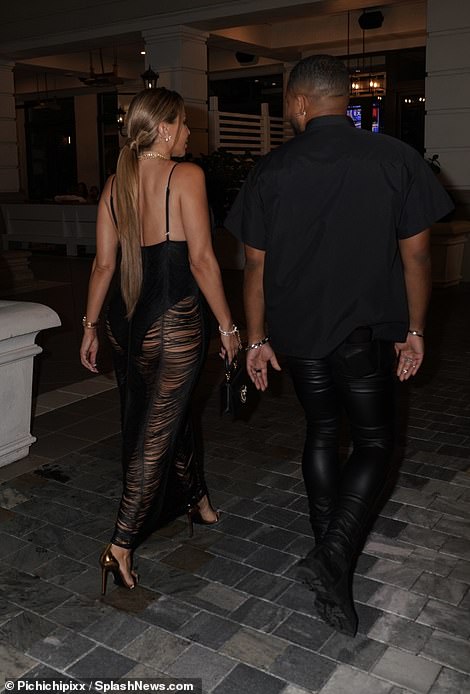 Arrivals: Larsa Pippen has already gotten her birthday celebrations kicked off early, as she celebrated with a bash in Coral Gables, Florida at an event hosted by PrettyLittleThing on Wednesday evening

Larsa was pictured arriving at the bash with her pal J.Ryan La Cour, who works in the entertainment industry.

The reality star stepped out in front of admiring photographers in the stylish number that has the appearance of a bodysuit and a combination of horizontal strips of fabric.

The fringed portion revealed her toned legs as she strutted into the venue, while the upper section of the dress highlighted her more than ample assets. 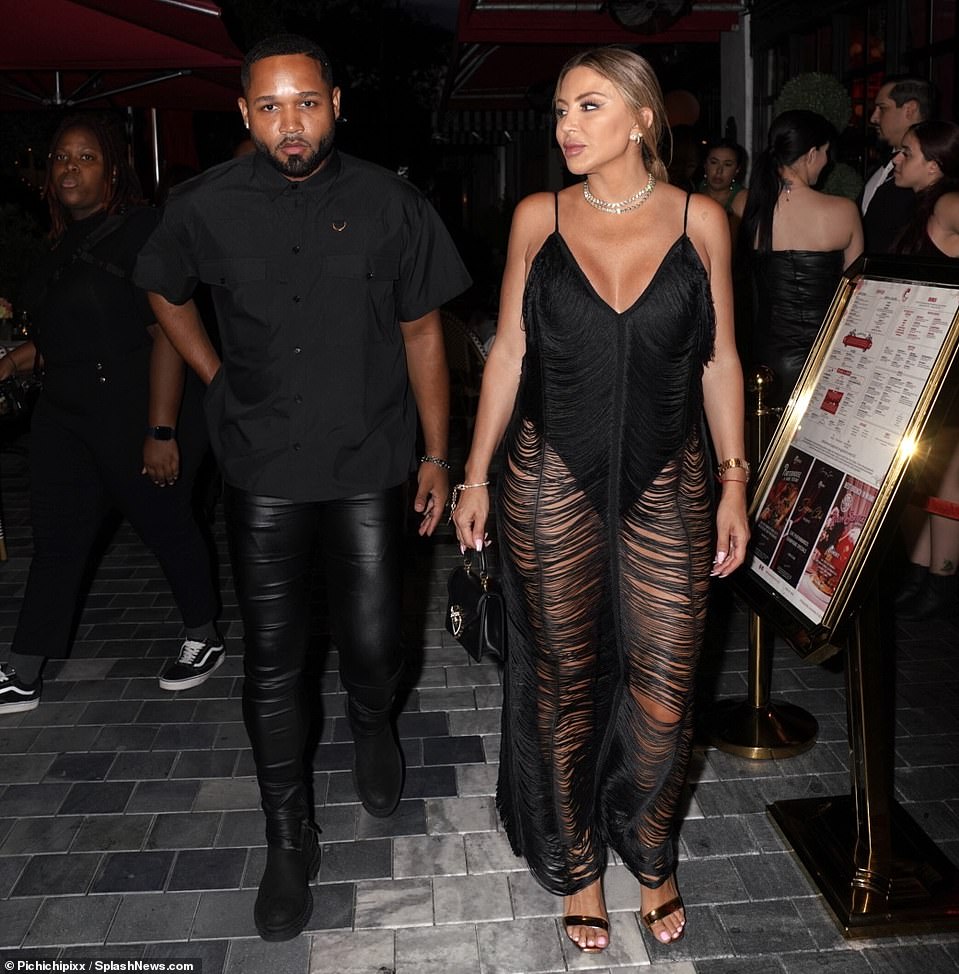 Pals: Larsa was pictured arriving at the bash with her pal J.Ryan La Cour, who works in the entertainment industry 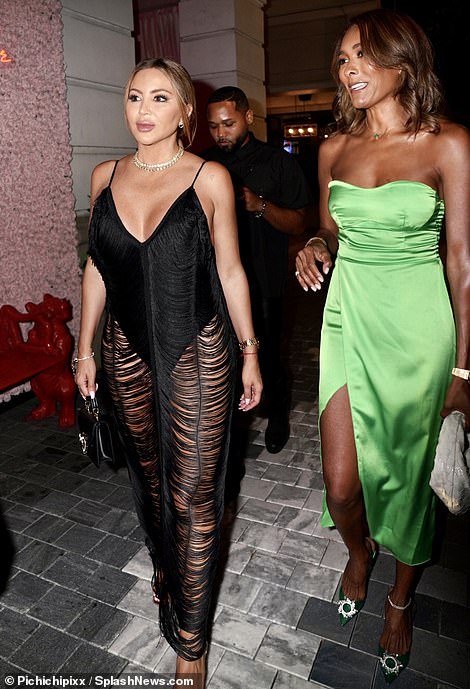 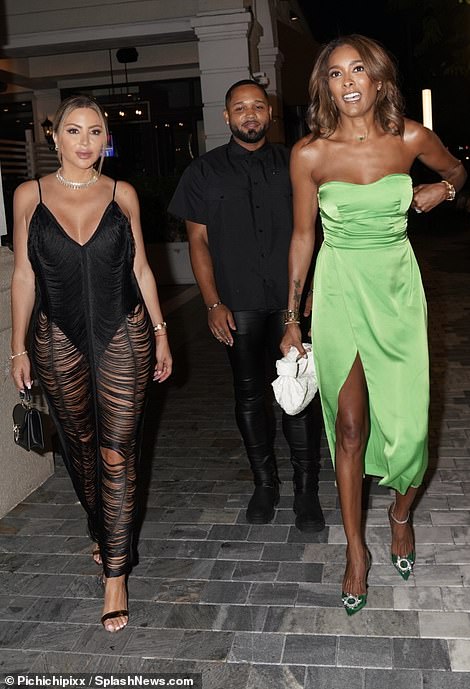 So glam! The reality star stepped out in front of admiring photographers in the stylish number that has the appearance of a bodysuit and a combination of horizontal strips of fabric 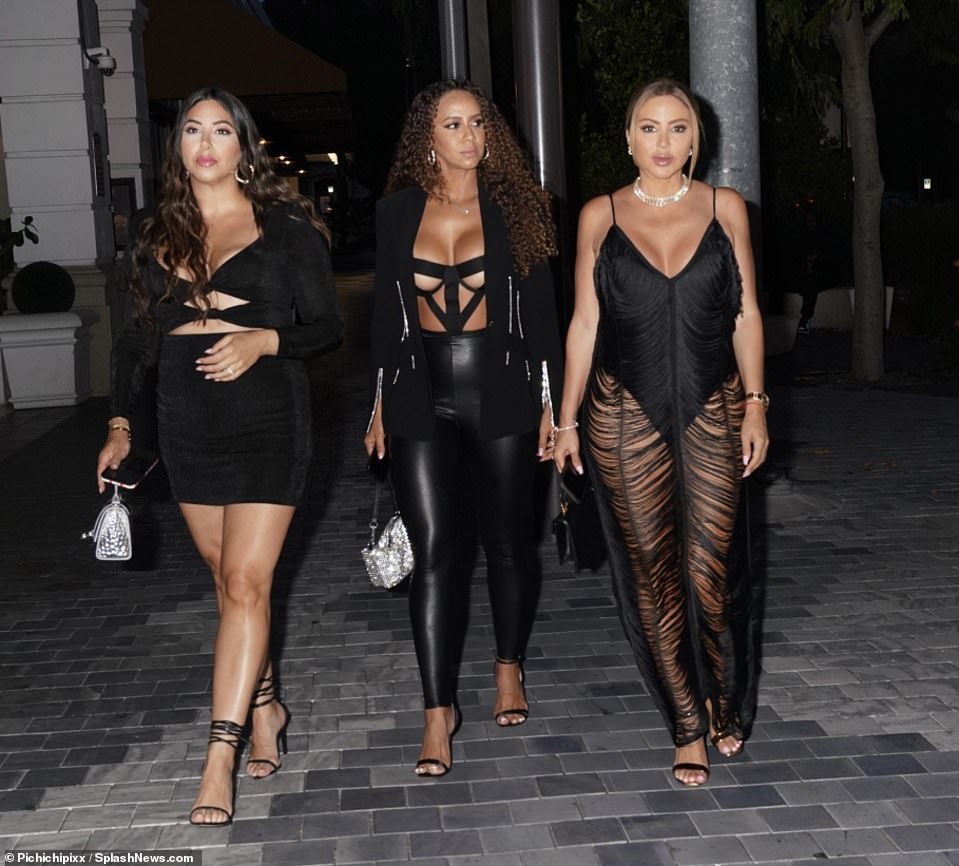 Out and about: Larsa met up with a couple of friends during a walk to another venue for more drinks

Larsa first signed-on with PrettyLittleThing to a six-figure deal to promote the line’s bikinis in 2020 and has remained closely linked ever since.

Since then she has been posting photos of herself wearing various PLT designs on her social media platforms as she joined their ranks as a social ambassador.

The UK-based fast-fashion retailer was co-founded in 2012 by Umar Kamani and his brother Adam Kamani. 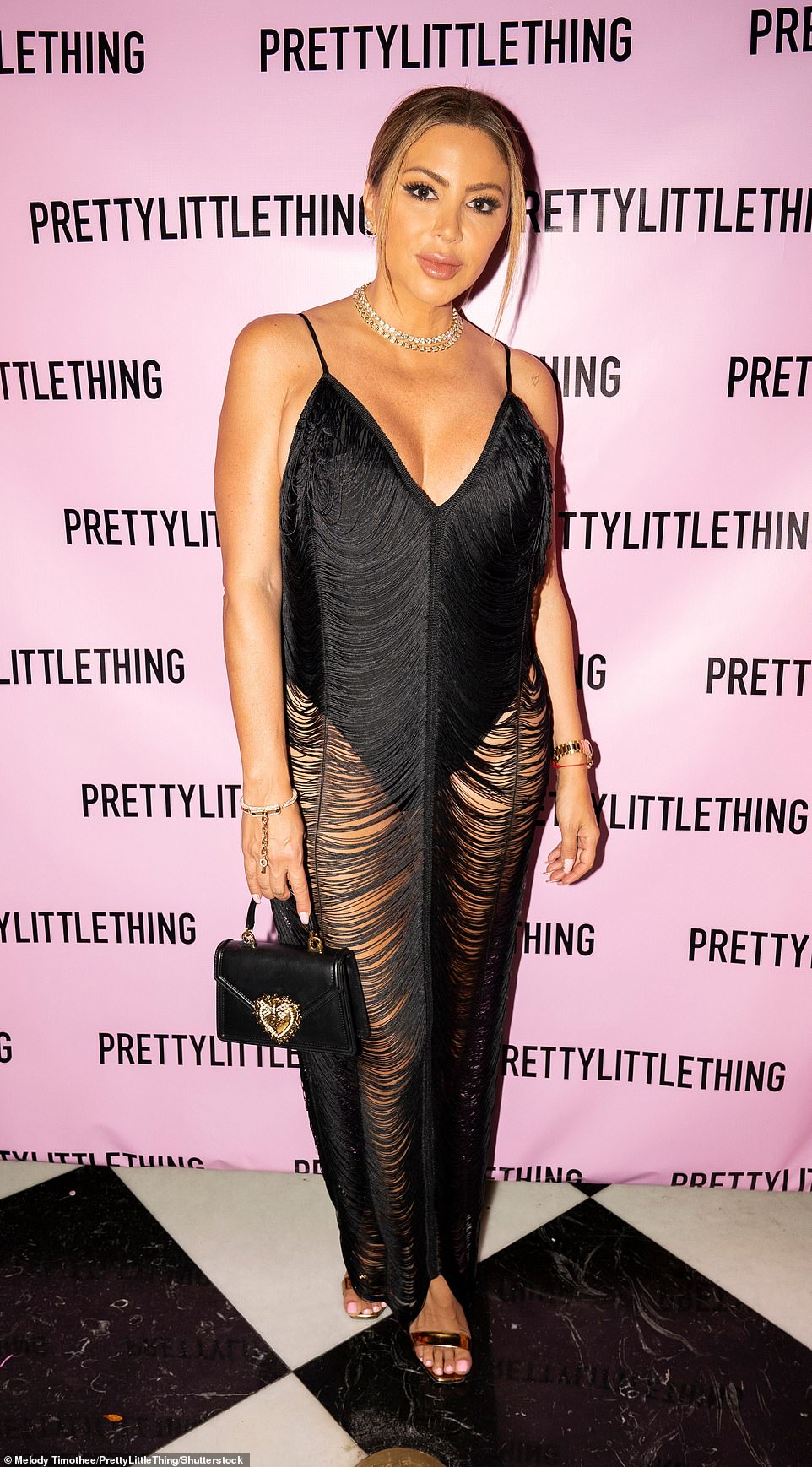 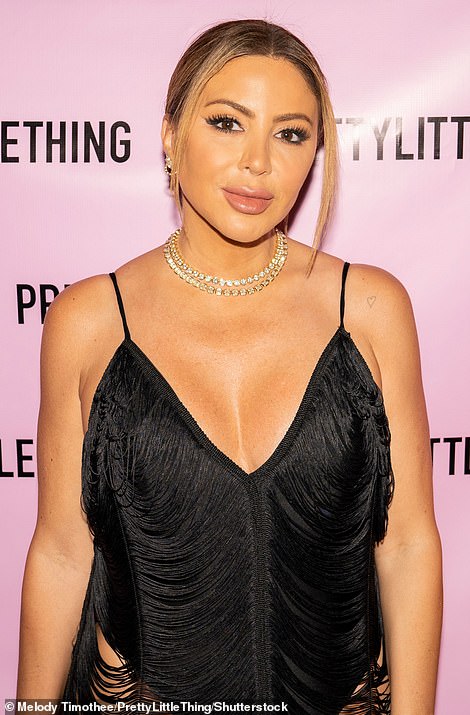 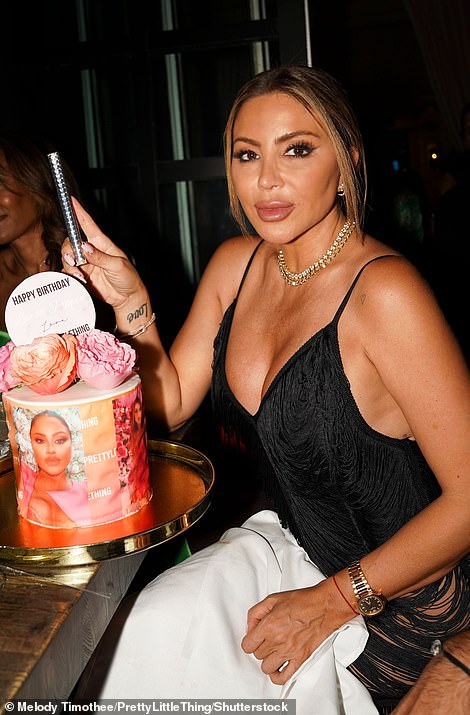 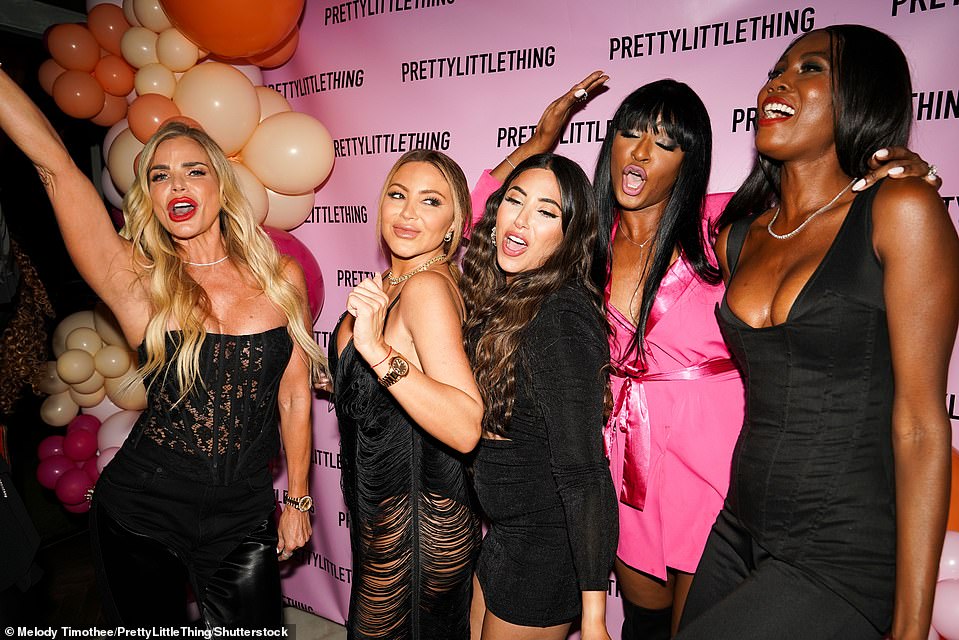 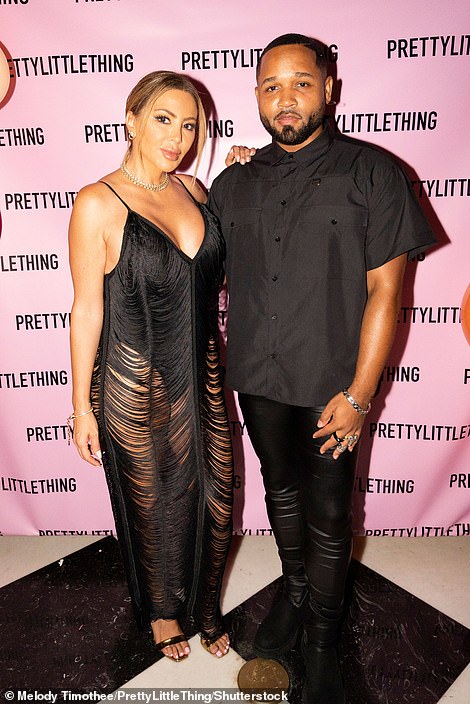 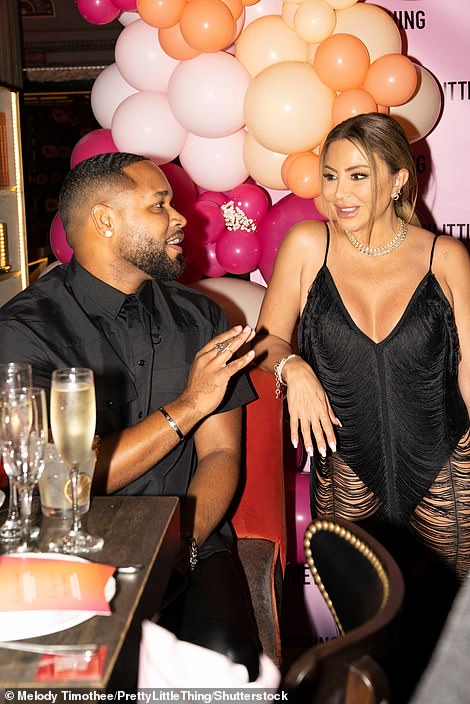 Pippen could be seen chatting it up with artist J.Ryan La Cour, who was decked out in an all-black outfit of his own, which included leather pants with a button-down shirt and boots.

Having rejoined RHOM for the fourth season of reality series, which is part of its second run that’s airing on Peacock, and eventually on Bravo.

In keeping with the all-black theme, Echevarria went with black slacks and a matching bustier, with her blonde locks styled  long and flowing to around the middle of her back. 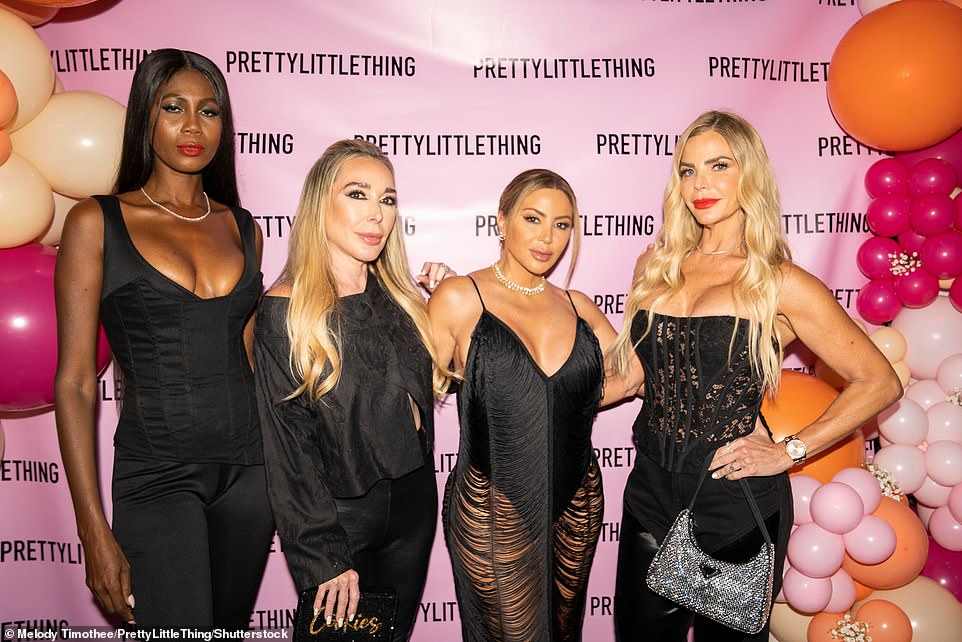 Working it: Barth Patton and Echevarria joined arm-in-arm with Pippen for a pictures 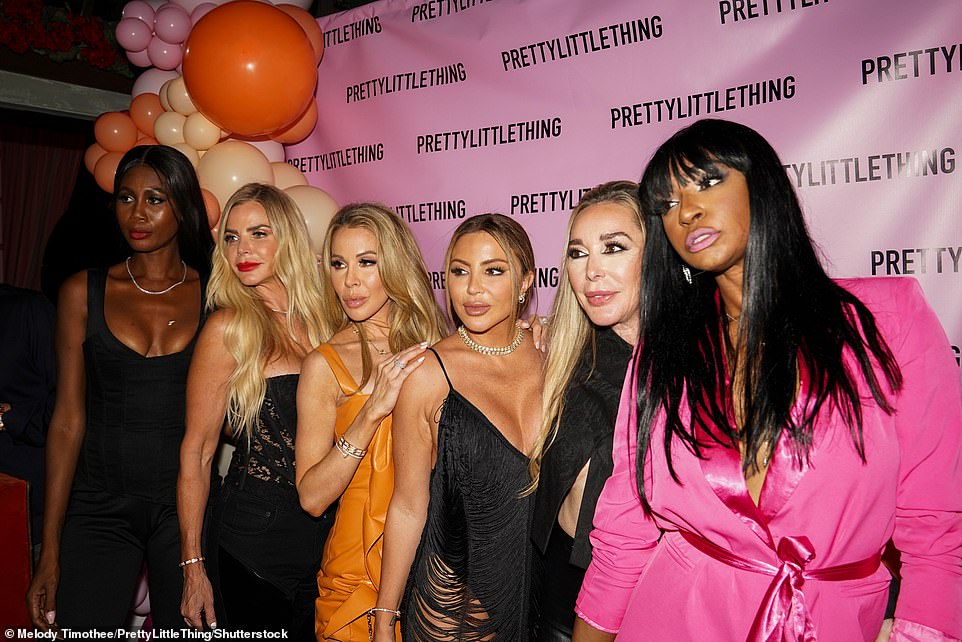 Ladies night: Barth, Echevarria, Hochstein, Patton and Abraira all got in the the photo op 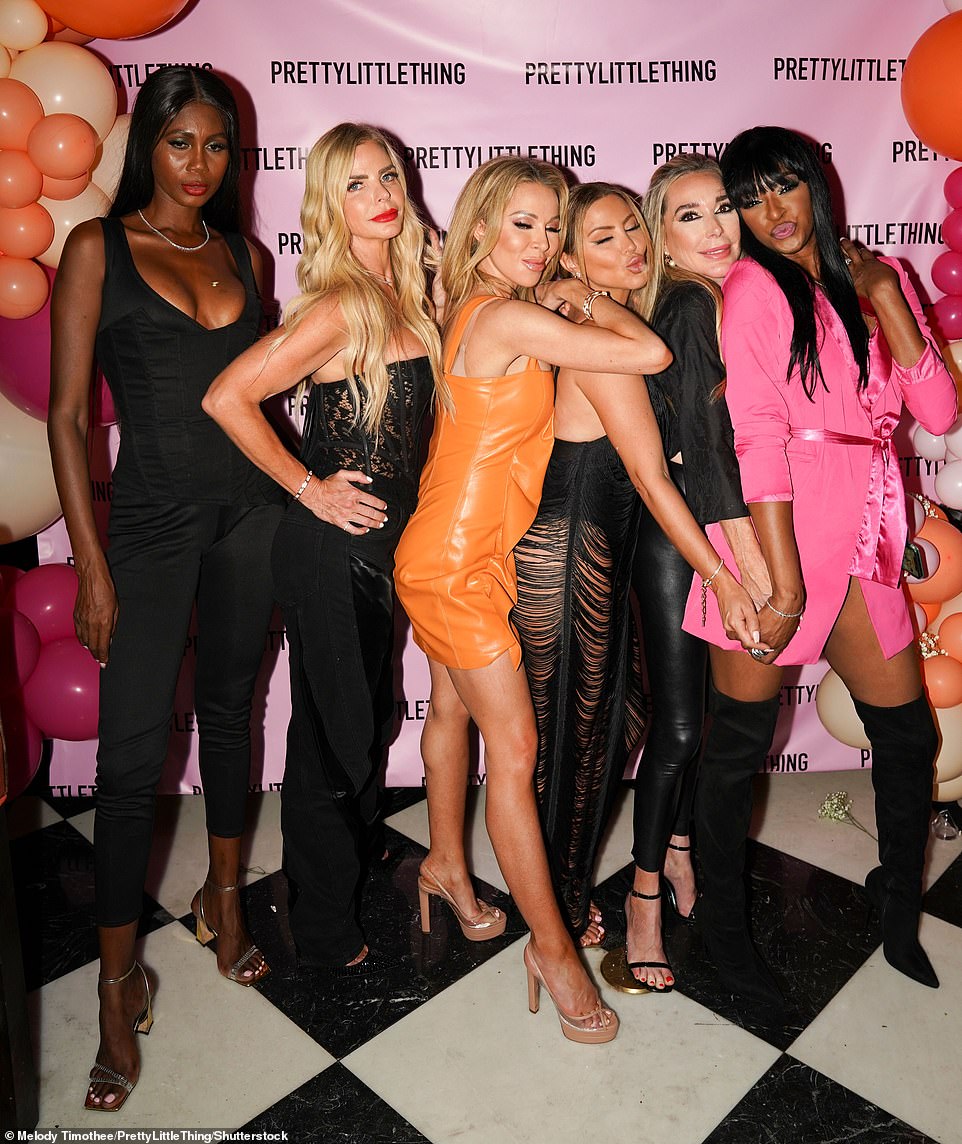 The cast and friends: Barth, Echevarria, Hochstein, Patton and Abraira leaned on the birthday girl for a photo 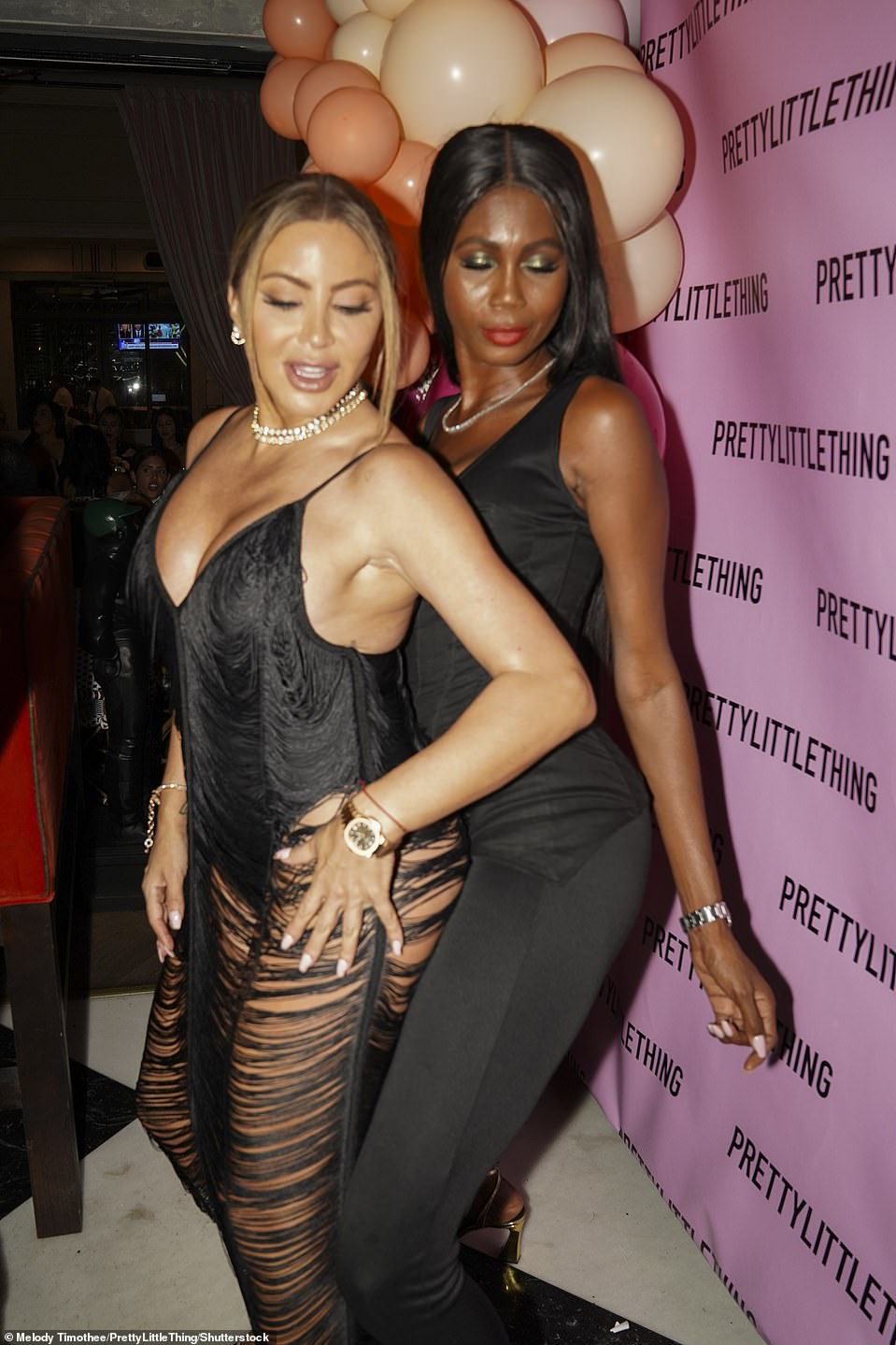 Movin’ to the groovin’: They rocked out to the music during the photo op

Abraira, 44, opted to go with an eye-catching pink minidress that cinched-in at the waist with a built in belt and her hair styled with some major bangs.

Kiki Barth and Marysol Patton are serving as friends of the housewives for the fourth season, which began streaming on Peacock in December 2021.

Barth, who’s former Miss Haiti, opted to showcase her burgeoning cleavage in a black jumpsuit, and had her long raven locks styled straight and long with a part in the middle.

At one point, all the ladies from The Real Housewives Of Miami snuggled up together for a series of snaps.

Many of the partygoers ended up leaving the PrettyLittleThing party and headed out to celebrate Pippen’s birthday at other local restaurant/bars.

The RHOM mian cast also includes Julia Lemigova and Nicole Martin, while Adriana de Moura also serves as another one of the friends. 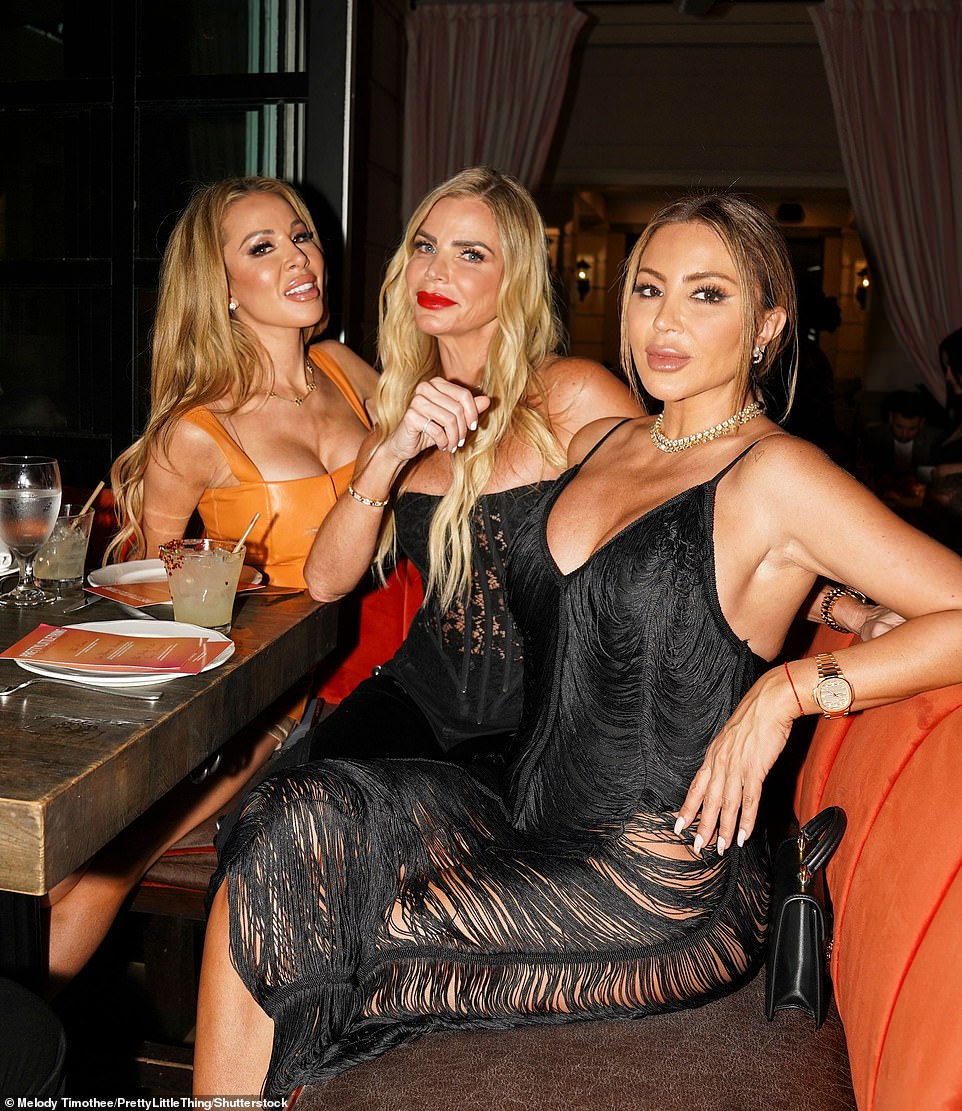 Revealing: Larsa howed off her curves in the see-through dress alongside fellow castmates Hochstein and Echevarria

The difference between good and evil. Hang Pence

Lhe NBA makes the leap to portraits. In commemoration of the 75th anniversary of the best basketball league in the world, the NBA Creator Series in Europe. It...

The Raptors made the signing of Juancho Hernangmez official for one seasonthough your contract is partially guaranteed. The small forward will have to earn his place on the...

Stephen Curry maybe it's because of its characteristics the most difficult player to defend in the entire NBA. And not just for his three point shots, who sometimes...

They tied the knot in a lavish North Carolina ceremony in 2011.And Stephen and Ayesha Curry looked happier than ever on Sunday as they headed for a romantic lunch...

LThe NBA dresses in mourning after the loss of one of the best players ever in the North American league. Till the date, Bill Russell (02/12/1934) is the...