Last minute of the conflict Russia – Ukraine, live | An attack on the Kiev TV tower kills at least five people, according to Zelensky | International 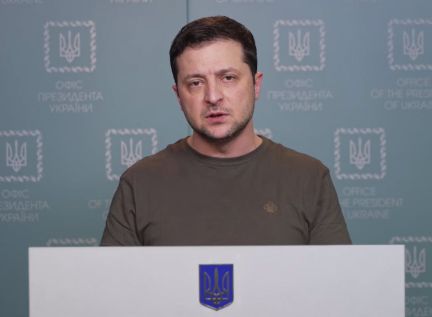 Hungary has joined this Tuesday the eight countries – Bulgaria, the Czech Republic, Estonia, Latvia, Lithuania, Poland, Slovakia and Slovenia – that on Monday asked in an open letter to the European Union “a perspective of immediate accession to the EU ” for Ukraine. In total, there are already nine members of the community club – one third of the 27 States that make up the organization – in forming a block in favor of Ukraine’s aspirations, catalyzed by the Russian invasion, which on Monday resulted in the signing, by part of the country’s president, Volodymyr Zelensky, of the official application for admission to the Union.

The nine countries that now support Ukraine were once part of the Soviet Union, or else the Warsaw Pact. They were all under the rule of Moscow and are in the eastern half of Europe, the most threatened by Russian expansionism. The open letter of these States, without asking for “a new special procedure” for an “immediate” entry of Ukraine -as the Ukrainian president requested on Monday in a video-, does demand that the country be granted the status of ” official candidate” for entry, the first step in negotiating a future accession to the Union on which, ultimately, the Council – that is, the member countries – has the last word and which requires unanimity.

The letter from these nine states was initially published on the website of the Polish president, Andrezj Duda, the day after the president of the European Commission, Ursula von der Leyen, stated “Ukraine is one of ours and we want it to be in the European Union”. These statements were quickly nuanced by the Commission’s chief spokesman, Eric Mamer, who was quick on Monday to lower Ukrainian expectations by recalling that to enter the EU there is “a process” that must be met.

Until Monday, Ukraine had not even formally applied to join the EU, aware of being very far, not only from accession, but not even from fulfilling the conditions to knock on its door. Kiev has been negotiating a rapprochement with Brussels for 20 years, the most relevant milestone of which was the entry into force in 2017 of the association agreement with the community club. In 2019, as a strong political gesture, the country inscribed in its Constitution joining the EU as a strategic orientation of its foreign policy.

Ukraine has already adapted most of its legislation and economic policies to the Brussels guidelines. However, the former Soviet republic continues to fail to meet one of the essential criteria for accession: “stable institutions that guarantee the rule of law.” The country does not meet that condition because of what a 2021 report from the European Union’s Court of Auditors defined as “grand corruption.”

This document recalls that the EU has been supporting reforms in Ukraine for more than 20 years, including the fight against corruption, defined as a “major obstacle” that “goes against the values ​​of the EU”. According to article 2 of the Treaty of the Union, to be a member, a country has to respect those values.

“Grand corruption” is “endemic” in Ukraine, and “in addition to hampering competition and growth, it harms the democratic process,” says the document, which even alludes to the “capture of the state” by “blocs made up of powerful political and economic elites, pyramidal in structure and rooted in all public institutions and the economy”.

Ukraine’s aspirations also run into – like those of other Eastern European states – resistance from members such as France and the Netherlands, in favor of slowing down the entry of new members to the community club and giving priority to “deepen and improve our Europe”, in the words of the French president, Emmanuel Macron, in 2018. They report Trinidad Deiros Bronte and Agencies