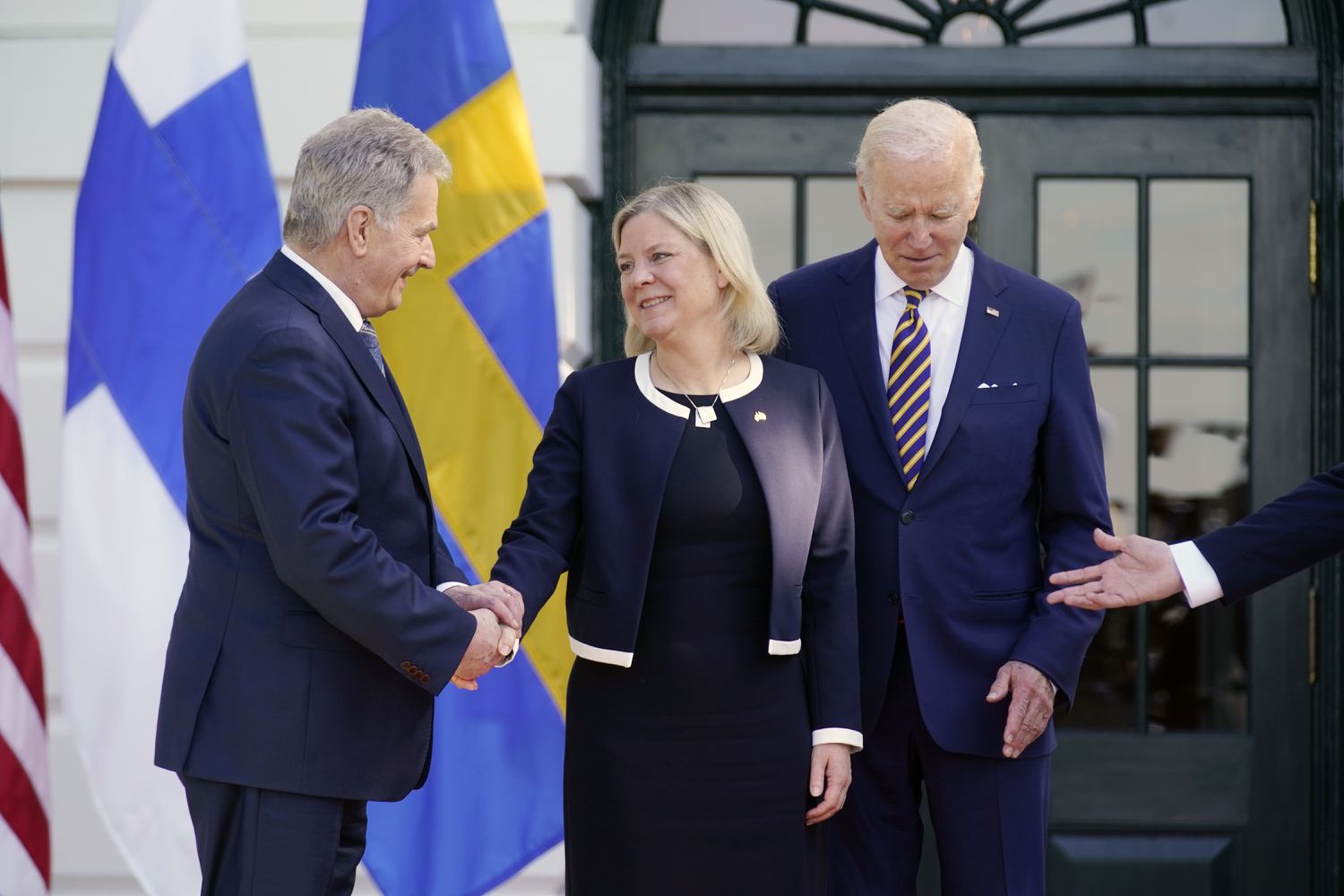 By Miguel Jimenez (Washington). The president of the United States, Joe Biden, has offered this Thursday at the White House his full support for the incorporation of Sweden and Finland into NATO. Biden has met with the Swedish Prime Minister, Magdalena Andersson, and the Finnish President, Sauli Niinistö, at the White House, days after the two countries have formalized their request to join the Atlantic Alliance.

“It’s a beautiful day,” he said, looking up at the blue sky over Washington, but also highlighting that on that day he was “proud” to “welcome” and “strongly support” the request to join NATO. Biden has stressed that the United States gives “full, total and complete support to the request” for admission, which he hopes will be processed as quickly as possible.

“Sweden and Finland make NATO stronger”, said the president of the United States, who wanted to emphasize that these revenues “are not a threat to any country, NATO is a defensive alliance”. The president of the United States has also referred to some doubts that have arisen about whether the organization is still necessary. “NATO is relevant. It is effective and it is more necessary now than ever. The indispensable alliance of decades past remains indispensable,” he has said.

“An attack on one of us is an attack on all of us,” Biden said, recalling how the other Alliance countries supported the United States after the September 11 attacks. “One for all and all for one”, the president recalled the musketeer motto. Biden considers that the entry of both countries represents a turning point in European security, a historic moment, and he has wanted to stage it with the meeting and a subsequent joint appearance.

Andersson and Niinistö have arrived at the White House after 9 in the morning, Washington time (at 3:07 p.m., Spanish peninsular time). Biden has received them and has been photographed with them before entering the building. They’ve been going to the West Wing and meeting in the Oval Office for a little over an hour. The Vice President of the United States, Kamala Harris, has also participated in the meeting. Later, they have appeared in the Rosaleda.

You can see here the complete appearance of Biden, the Prime Minister of Sweden, Magdalena Andersson; and the President of Finland, Sauli Niinistö: