Last minute of the war in Ukraine, live | Blinken will visit kyiv this Sunday to meet with Zelensky | International 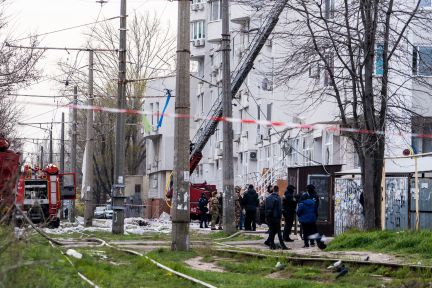 On the 60th day of the war initiated by Russia against Ukraine, these are the key data at 08:00 this Sunday, April 24:

Ukraine accuses Russia of deploying ballistic missile launchers near the border. The Ukrainian armed forces have accused Moscow on Sunday of deploying Iskander-M launchers, prepared to fire short-range ballistic missiles, about 60 kilometers from the border. “The enemies have increased the number of troops in the Belgorod region,” say the Ukrainian forces in their latest daily report, published this Sunday.

kyiv raises to eight the dead by Russian bombing in Lugansk this Saturday. The Ukrainian governor of Lugansk, Sergei Gaidai, has communicated this Sunday through his Telegram channel that the death toll from Russian bombing in the area on Saturday has risen to eight.

The UN secretary general will visit Ankara before Moscow and kyiv. United Nations Secretary-General António Guterres will visit the Turkish capital before heading to Moscow next week to meet with Russian President Vladimir Putin, and then to Ukraine for talks with President Volodymyr Zelensky, the UN reports in a statement. . Zelensky calls Guterres’ decision to go to Moscow rather than kyiv “without any logic.”

In the picture, of Vincenzo Circosta (ZUMA Press Wire/dpa) Firefighters work on a residential block targeted by a missile attack in Odessa on Saturday.

Genially, a Spanish startup in the US, ready “to take on the world” By EFE

NBA PlayOffs 2022: Who are you and what have you done with the Kevin Durant we all know?

NBA PlayOffs 2022: Who are you and what have you done with the Kevin Durant we all know?