Last minute of the war in Ukraine, live | Russia again issues an ultimatum to the defenders of Mariupol to surrender | International 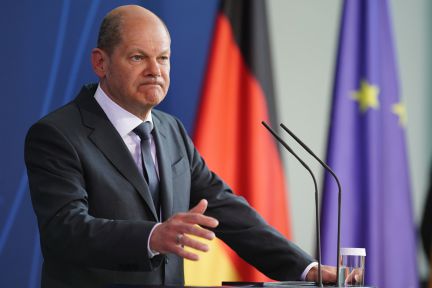 Scholz: “A peace imposed by Putin would be unacceptable”

German Chancellor Olaf Scholz has said that G7 leaders agree that a peace “imposed” by Russian President Vladimir Putin to end the invasion of Ukraine would be “unacceptable” and that “Russia cannot win this war.” . Scholz has insisted that, although Western leaders agree to give kyiv maximum support so that it can deal with the invasion, they do not plan direct involvement in the war. The chancellor has made these statements as rotating president of the Group of Seven (which includes the US, Germany, France, Italy, Japan, the United Kingdom and Canada) after a conference attended by the leaders of the seven countries, Poland and Romania, as well as the President of the European Commission, Ursula von der Leyen, the President of the European Council, Charles Michel, and the Secretary General of NATO, Jens Stoltenberg.

The foreign minister has insisted that the war was a mistake for Putin, and that the Russian president is responsible for the war crimes committed during the invasion. He has also considered that the international sanctions in response to the invasion are being “a disaster” for Russia, even though Moscow claims that it has survived the first wave of economic retaliation. “Our strength is our unity,” said Scholz, who believes that Putin did not expect this response from Western leaders.

The greatest urgency on the part of kyiv is being the delivery of weapons to respond to the offensive in Donbas and the south and east of the country. Scholz has pointed out that the consensus among Western countries is to deliver heavy artillery, necessary for the battles that are expected in eastern Ukraine. The British Prime Minister, Boris Johnson, has confirmed this information by stating that “this is turning into an artillery conflict, so that is what we are going to give them [a los ucranios]”.

Regarding the German response to Ukrainian needs, an issue on which Scholz himself has received much criticism both from the Ukrainian president, Volodymyr Zelensky, and within his country (both from the opposition and from his own government coalition&rpar The chancellor has insisted that Germany no longer has any weapons stockpiles to draw from and is working with its industry to see what equipment they can deliver quickly. This includes anti-tank and air defense weapons, as Ukraine has requested.(Reuters)

In this photo from the press conference, via Getty Images, German Chancellor Olaf Scholz.

The student debt of 3.6 million borrowers could be forgiven