Last minute of the war in Ukraine, live | The Secretary General of NATO warns that the war could last “years” | International 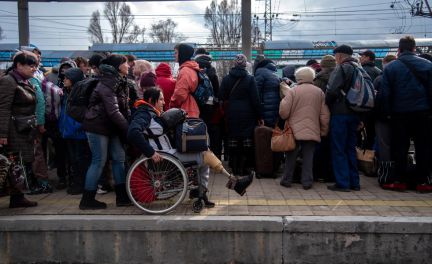 On day 42 of the war initiated by Russia against Ukraine, these are the key data at 2:00 p.m. on Wednesday, April 6:

Mariupol denounces that the Russians burn the corpses of civilians in portable crematoria. Russian forces are using portable crematoria to burn the bodies of civilians killed in the siege of Mariupol. This is reported by the mayor of the city, Vadim Boichenko, on the Telegram channel of the City Council. “The killers cover their tracks. Russian mobile crematoria have started operating in Mariupol. After the wide international coverage of the genocide in Bucha, the Russian Federation’s top leadership ordered any evidence of its armies’ crimes in Mariupol to be destroyed.” , He has written. More than 500 people have fled this Wednesday from Mariupol to Zaporizhia with the help of the Red Cross.

The Pope condemns the “most horrendous cruelties” committed in the Ukrainian city of Bucha. Francis condemned this Wednesday the “always more horrendous cruelties” committed in Ukraine, such as the massacre perpetrated in the city of Bucha, on the outskirts of kyiv, where a multitude of civilian bodies have been found in its streets after the withdrawal of troops Russian in recent days, and has displayed a Ukrainian flag that was brought to him from this city.

Zelensky: “We have to convince Europe that Russian oil and gas cannot finance Putin.” The President of Ukraine has spoken this Wednesday before the Parliament of Ireland. “We have seen how Mariupol is being destroyed, we have seen how bodies are buried in the yards and gardens of houses, we see people dying on the roads when they try to escape from the city,” he said.

Michel, in the European Parliament: “Measures against oil and gas are also going to be necessary sooner or later”. The President of the European Council, Charles Michel, and the President of the Commission, Ursula von der Leyen, participate today in the plenary session of the European Parliament to address the situation in Ukraine, one day after Brussels raised the first sanctions against energy in response to the Bucha massacre. The Commission proposes to the Twenty-seven to cut coal imports and opens the door to hitting oil in future rounds of retaliation.

Nearly 4.3 million refugees have fled Ukraine because of the war. UNHCR, the UN refugee agency, has raised this Wednesday to almost 4.3 million the number of Ukrainians who have fled the country due to the war, which began on February 24 with the arrival of Russian troops in the territory of the neighboring country. According to the agency, there are 4,278,789 people who have left Ukraine in the past 42 days.

NBA: Antetokounmpo’s attack on the Chicago Bulls mascot: he rubs a magazine on his face…

NBA: Antetokounmpo's attack on the Chicago Bulls mascot: he rubs a magazine on his face...