Latest news of the war, live | Russia intensifies shelling of civilians in Mariupol and attacks a school where 400 people were sheltering | International 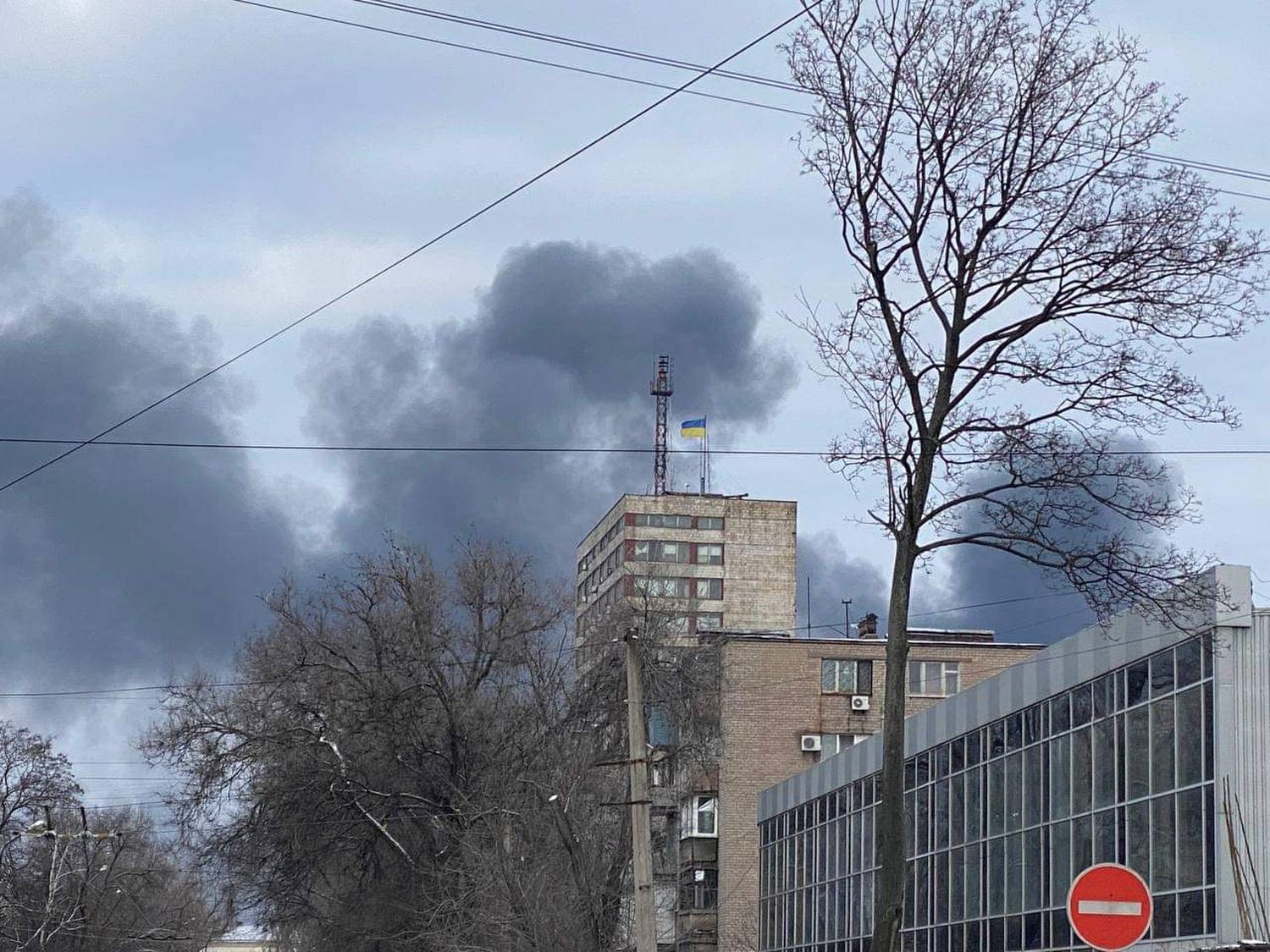 Russia bombs one of the largest metallurgical plants in Europe, owned by the richest man in Ukraine and an enemy of pro-Russian separatists

Mariupol’s Azovstal steel and metallurgical factory, one of the largest in Europe, is badly damaged by Russian strikes, Ukrainian officials said on Sunday. “One of the most important metallurgical industries in Europe is destroyed. The economic losses for Ukraine are immense,” said MP Lesia Vasilenko, who posted a video on her Twitter showing thick plumes of smoke above the industrial complex. Another parliamentarian, Sergei Taruta, wrote on his Facebook page that the Russian forces besieging Mariupol “have practically destroyed the factory.”

Azovstal CEO Enver Tskitishvili said in a video message on Telegram that the company had taken precautionary measures at the plant since the start of the Russian invasion on February 24 to prevent any damage to the environment. “Coke oven batteries no longer represent a danger to the lives of the inhabitants. We also correctly shut down the blast furnaces,” he said. “We will go back to the city, rebuild and resurrect the company,” he added, without specifying the extent of the damage.

Mariupol’s Azovstal factory belongs to the Metinvest group, controlled by Ukraine’s richest man, Rinat Akhmetov. In a recent interview in Forbes magazine, this man took a stand against the Russian invasion. It was not the first time. In 2014, Akhmetov workers in Mariupol took to the streets to help the powerless local police restore order in the city, shaken shortly before by bloody clashes between the Army and pro-Russians that left an undetermined number of dead. The workers of Metinvest, the metallurgical division of Akhmetov, expelled the pro-Russians from Mariupol on that occasion. Separatism, then predicted the Ukrainian oligarch, “will lead to genocide” in the country. Akhmetov was a millionaire before former Ukrainian President Viktor Yanukovych came to power, but with him he doubled his fortune and became the person with the largest fortune in the country, owner of the Shakhtar Donetsk football team and a television network, in addition of their mining business. (AFP/EL PAÍS)

10 people would have been hit

NBA: The miracle of St. Peters: Cinderella is already in the top 16

NBA: The miracle of St. Peters: Cinderella is already in the top 16