LeBron James became the first player to win NBA Finals MVP honors with three different teams on Sunday, and for LA Lakers coach Frank Vogel the Ohio native has cemented his status as the best player ‘the basketball universe has ever seen’.

James’s fourth NBA championship, which came after he led the Lakers to a 106-93 win over the Miami Heat in Game Six, also saw him take home his fourth Finals MVP award.

He trails only Chicago Bulls great Michael Jordan, who won six to go with his six NBA championships. 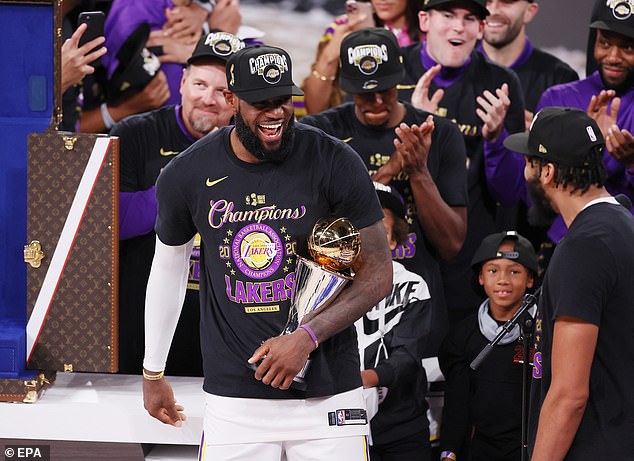 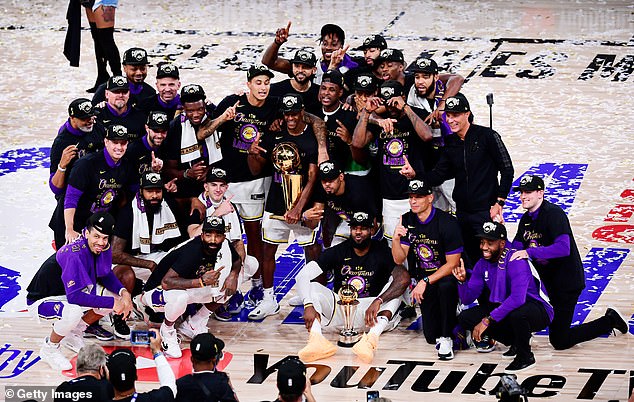 The 35-year-old James, who also won the award during two championship runs with Miami and one with Cleveland, averaged 29.8 points per game on 59% shooting in the Finals while leading a defensive effort that handcuffed the Heat offense in Game Six.

While many still consider Jordan as the sport’s best player of all time, Vogel put James above him.

‘He’s the greatest player the basketball universe has ever seen,’ Vogel told reporters.

Lakers team mate Kyle Kuzma said James was a driving force on the court and off it.

‘He’s one of the greatest leaders in sports, not just the NBA,’ said Kuzma.

‘He’s always rallying the troops, talking in group chats and making sure everybody’s fine. Holds everybody to a high standard. Makes everybody accountable.

‘Everything you want in a leader.’

James had said bringing the Larry O’Brien trophy back to Los Angeles for the first time since 2010 was his sole focus when he joined in the summer of 2018 after the franchise had fallen on hard times.

‘It means a lot to represent this franchise,’ said James.

‘I told (Lakers president) Jeanie (Buss) when I came here that I was going to put this franchise back in the position where it belongs.

‘And I want my damn respect too.’

The Vikings' sixth-round pick out of Pitt is expected to make a full recovery, agent Drew...