Then the Los Angeles Lakers wasted another stellar performance by their star.

James came into the night needing 19 points to tie Malone. He ended up scoring double that, but the Washington Wizards rallied from a 16-point deficit to win 127-119 on Saturday night. 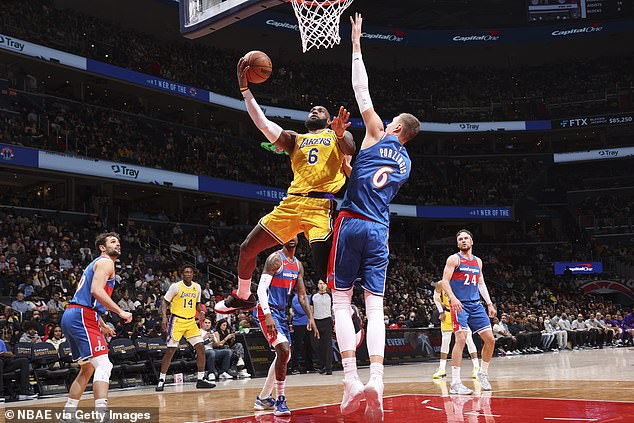 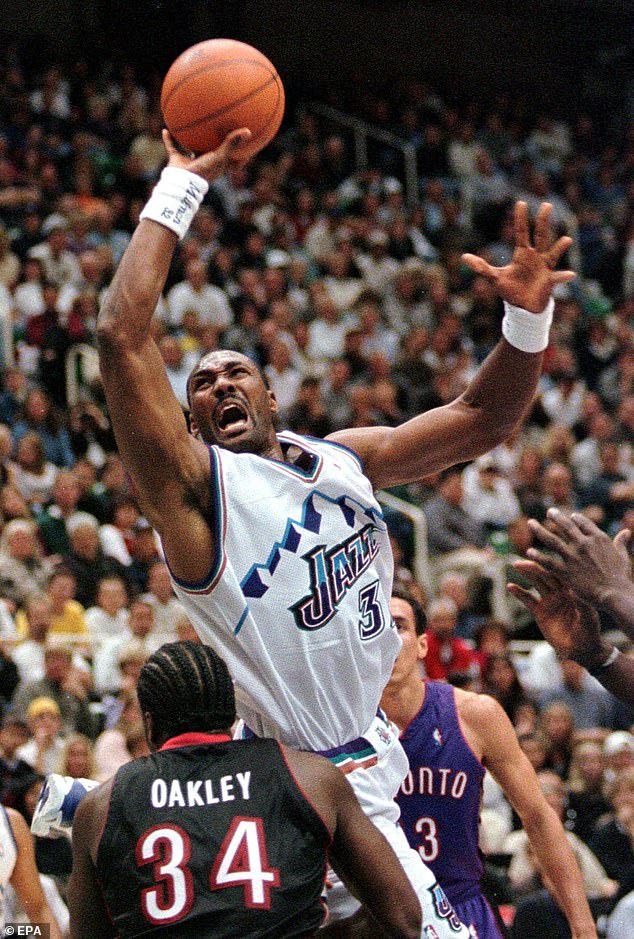 James said he couldn’t appreciate the milestone as much in a loss.

‘Obviously at some point I’ll be able to look back at this moment, but right now the feeling I have – I can’t separate it,’ James said. ‘We had a great opportunity to pick up some more momentum.’

In addition to James’ 38 points, Russell Westbrook scored 22 in his return to Washington, but the Lakers’ small line-ups couldn’t stop 7ft 3in Kristaps Porzingis, who scored 16 of his 27 points in the final quarter.

Porzingis connected on a three-pointer with 38 seconds left to put the Wizards up by six, and James couldn’t answer at the other end. Washington outscored the Lakers 34-20 in the fourth quarter.

The Lakers, who won at Toronto on Friday night in overtime, haven’t earned back-to-back victories since a four-game winning streak from December 31 to January 7. 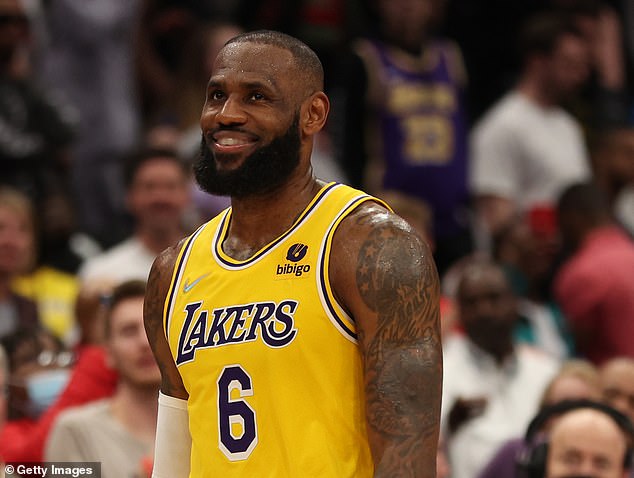 ‘I will not allow myself to think about it,’ James added. ‘I’ve always just played the game the way I’ve been playing it over the years, and these things have just happened organically by just going out and playing the game the right way.

‘Hope to accomplish that at some point in my career, but I won’t think about it too much.’

After a six-point first quarter, James went on a scoring binge in the second that included a dunk and three three-pointers. The last of those threes brought him even with Malone. Then he made a layup off a backdoor cut with 5:20 left in the quarter to move ahead.

‘Any time you have to go up against a guy like LeBron, you’re in for a night,’ Wizards coach Wes Unseld Jr. said. ‘He can go off at any point. He had a stretch there which was pretty amazing. The way he’s playing right now, it’s unbelievable.’ 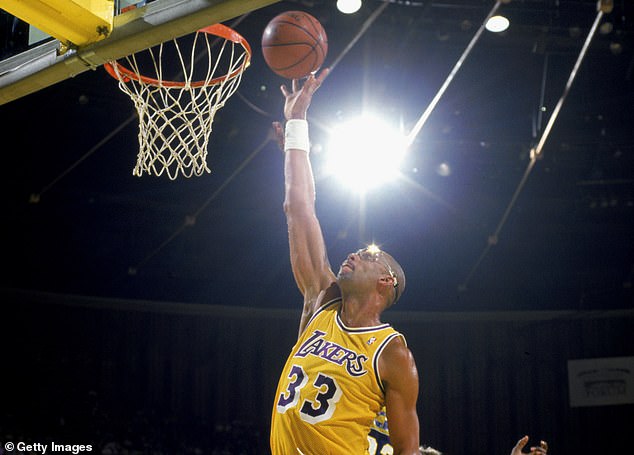 Moments later, as Washington’s Tomas Satoransky prepared to shoot free throws, James´ accomplishment was put up on the video screen, and the crowd in Washington gave him a standing ovation. James acknowledged the cheers with a wave of his hand and exchanged a hug with Washington´s Kentavious Caldwell-Pope, a former teammate.

James passed Malone in the same building where Alex Ovechkin of the Washington Capitals moved past Jaromir Jagr and into sole possession of third place on the NHL´s career list in goals earlier in the week.

It wasn’t clear if the 37-year-old James would play on the second night of this back-to-back until shortly before the game. If he’d sat out, he’d have had the chance to reach this milestone in Cleveland, where the Lakers play next.

‘I felt good enough to go,’ James said. ‘The question of not playing went out the door right then and there.’

The Wizards snapped a six-game skid. Washington (30-40) has a better record than the Lakers (30-41), but the Wizards’ postseason hopes are fading in the Eastern Conference, while Los Angeles is in solid shape to make the play-in round in the West.

Dua Lipa is sued for copyright of the song “Levitating”

ELast April 8, a 15 year old girl was kidnapped in it American Airlines Center from Dallas when he went with his father to watch the NBA game...