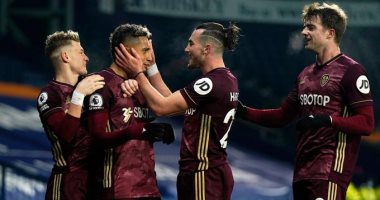 Today, Friday, nine in the evening, Newcastle United will host Leeds United at St James’ Park, in the opening matches of the fifth round of the English Premier League “Premier League” for the current season 2021-2022.

The biggest result in the two teams’ meetings was last season, when Leeds won five to two goals in the 13th week of the competition, before Leeds achieved another victory in the last confrontation between the two teams with two goals against one goal.

Newcastle United is in the nineteenth and penultimate position in the English Premier League table with one point collected from 4 matches after 3 defeats and one draw.

Leeds occupies 17th place in the Premier League table with two points, only 3 places behind at the bottom of the standings.

The two teams will enter the match, which will be held at exactly nine o’clock Cairo time, with the slogan “There is no alternative to winning” to move away, even temporarily, from the relegation centers and get out of the spiral of the bottom of the standings.

Newcastle United is trying to take advantage of the ground workers and the public to reap the three match points to improve its position in the table.

While the guests aspire to the Leeds team to achieve a surprise and snatch the three match points from Newcastle, the hosts.

The Newcastle United team came from a severe defeat against Manchester United 4-1 with a result, and there was a mass revolution among the team’s fans due to the race to get Cristiano Ronaldo’s shirt after the big defeat.

In the same case, Leeds United lost 3-0 to its guest Liverpool, at the “Island Road” stadium, in the fourth round of the English Premier League competitions for the current season 2021-2022.