BREAKING NEWS: Leeds United legend and all-time record goalscorer Peter Lorimer dies at the age of 74 after long-term illness, just a month on from being moved into a hospice

Former Leeds United captain Peter Lorimer has passed away at the age of 74 following a long-term illness.

The Scottish attacking midfielder is the club’s all-time record goalscorer with 238 goals over two spells Lorimer also captained the west Yorkshire club between 1984 and 1985.

Lorimer was admitted into hospital in the last week of February with a long-term illness, with his passing announced by Leeds on Saturday morning. 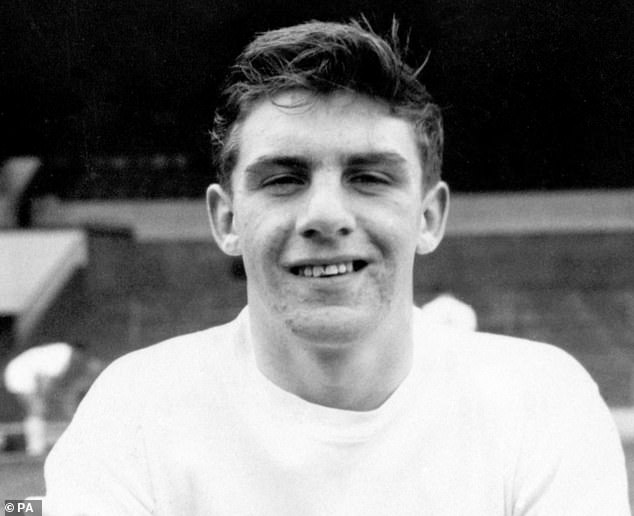 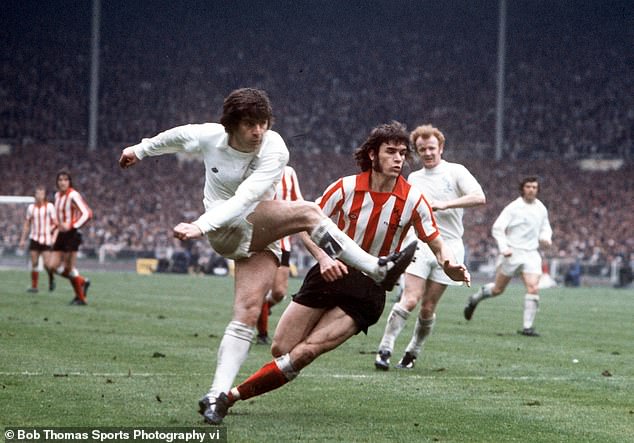 Known as ‘Hotshot Lorimer’ for his striking power, the Scot was deemed a legend by Leeds fans

A statement from the Premier League club read: ‘Peter’s contribution to Leeds United will never be forgotten and his passing leaves another huge hole in the Leeds United family.

‘He will always remain a club icon and his legacy at Elland Road will live on. Our thoughts are naturally with Peter’s wife Sue and the rest of his family at this difficult time.’

Leeds owner Andrea Radrizzani tweeted: ‘Another Legend left us. My prayers with the family. It has been an honour to meet you and host you at Elland Road, your home.’

A statement from FIFA read: ‘Everyone at FIFA is saddened by the news of Peter Lorimer’s passing. Lorimer was a legend with one of the most powerful shots in football. He also starred, and scored, for at the 1974 #WorldCup.’

Born in Dundee, Lorimer joined Leeds in the summer of 1962 after catching the eye at youth level, with the midfielder making his debut for the Whites at the age of 15 years and 289 days later that summer. The Scot is still the youngest player to have ever played and scored for Leeds. 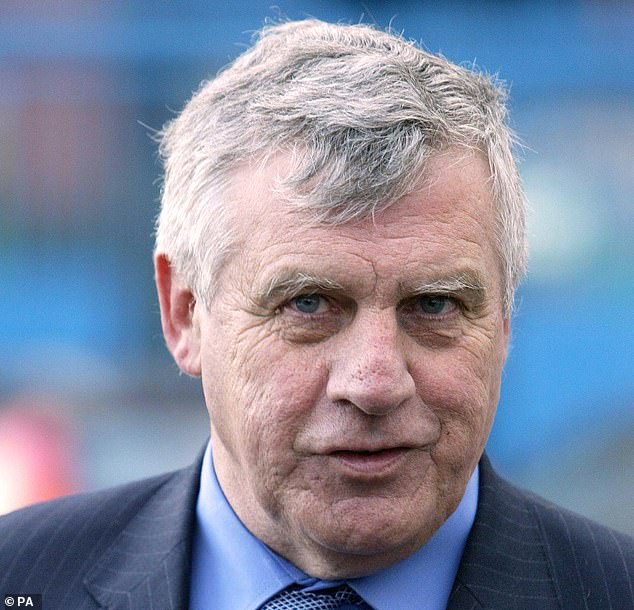 He would go on to play 705 times for the club, with Leeds describing him as ‘an all-time great’. The Whites supporters voted him as the ninth greatest Leeds player of all-time in a recent poll.

One of the key members of Don Revie’s side that dominated English football in the 1960s and 1970s, the Scottish international was known as ‘Hotshot Lorimer’, ‘The Lash’ and ’90 Miles an Hour’ as he was considered to have one of the hardest shots in the game.

Lorimer won seven major trophies with Leeds, including two old First Division titles in 1969 and 1974 and the FA Cup in 1972. 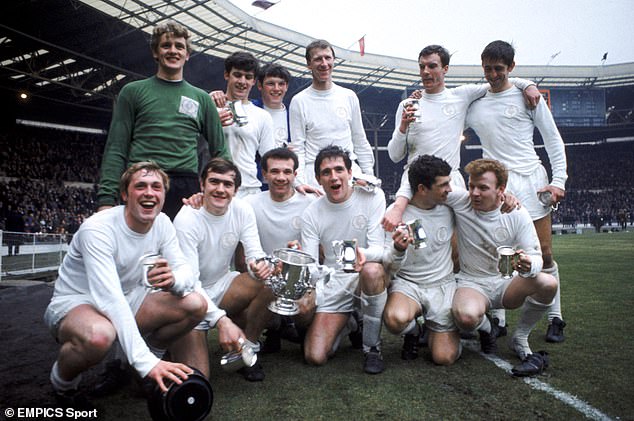 Lorimer (back row, second left) was part of the Leeds side that dominated English football under Don Revie in the 1960s and 1970s 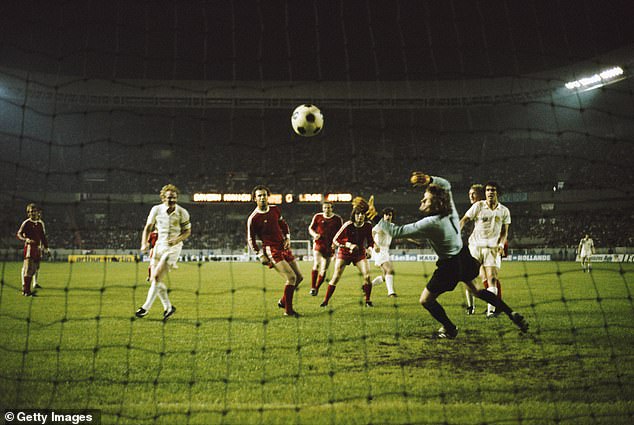 He crashed home a trademark volley in the European Cup final against Bayern Munich in 1975, but his effort was controversially disallowed and Leeds went on to lose 2-0.

The Scot was also involved in another incredible sporting moment when he was denied an equaliser by Sunderland goalkeeper Jim Montgomery’s superb save in the 1973 FA Cup final.

The attacker also had brief spells at York City and Whitby Town in England but spent a great deal of time playing abroad for Canadian sides Toronto Blizzard and Vancouver Whitecaps as well as Hapoel Haifa in Israel.

Lorimer also played 21 times for Scotland, scoring four times – including a goal in his country’s opening group match against Zaire at the 1974 FIFA World Cup in West Germany. 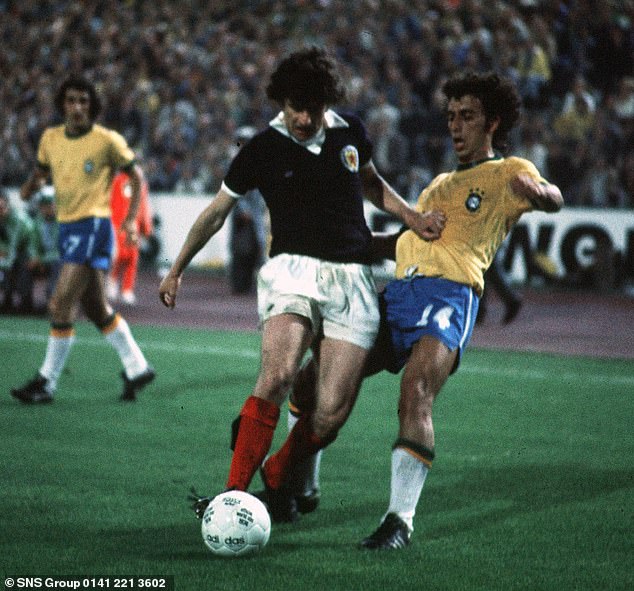 He retired as a player in 1986 and was later appointed to Leeds’ board as a director. He was named as the club’s first ambassador in 2013, while he also worked as a commentator for BBC Radio Leeds and Yorkshire Radio.

Another of Lorimer’s former clubs, York City, tweeted on Saturday: ‘We are saddened to hear the passing of former player Peter Lorimer, aged 74.

British broadcaster Bryn Law tweeted: ‘Very, very sad to hear of Peter Lorimer ’s passing. I was lucky enough to get commentate on Leeds’ games with him, a brilliant analyst. I interviewed and worked with him many times, a lovely man as well as a legendary footballer. Thoughts with his family.’

After hearing about Lorimer’s passing while on air for Soccer AM, former Leeds striker Jermaine Beckford said: ‘(He was) a lovely, lovely guy. I’m really sad to hear of the tragic passing, but he’s one of those people that make you feel welcome and comfortable immediately.

‘Whenever you’re in his presence, he’s just a genuinely nice person. It’s a sad, sad loss and my thoughts go out to his family and friends and anybody who has met him before. An absolute legend.’