Leeds United against Liverpool .. Mohamed Salah leads the expected formation of the Reds 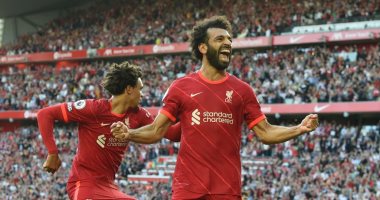 The professional Liverpool team, in its ranks, the Egyptian star Mohamed Salah, will be a heavy guest against his counterpart Leeds United, in the confrontation scheduled to take place at 5:30 pm today, Sunday, at the “Island Road” stadium, in the fourth round of the English Premier League competition “Premier League” of the season. Current 2021-2022.

Liverpool enters the match tonight and has 7 points collected from two victories and one draw, while Leeds has two points from 3 matches, where it drew two matches and lost one match.

According to The Athletic, the expected Liverpool line-up against Leeds United will be as follows:

Dutch defender Virgil van Dijk appears fully prepared to participate with Liverpool against Leeds after suffering a minor injury during the Netherlands national team match against his Turkish counterpart, while the Reds are missing the Brazilian Roberto Firmino and Japanese Minamino..

Maradona’s children reactivate his Facebook page: We want your memory to remain forever