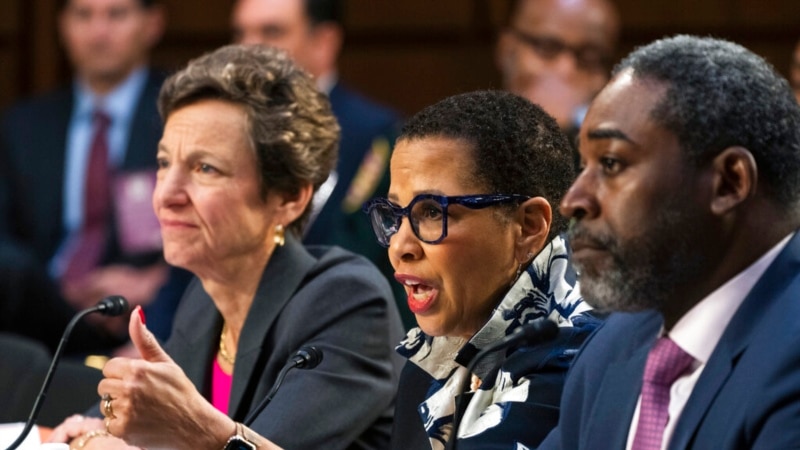 On the fourth and final day of the confirmation hearings for President Joe Biden’s nominee to the US Supreme Court, legal experts praised Justice Ketanji Brown Jackson, saying she was more than qualified to serve on the highest court. high of the nation.

The testimony from representatives of the American Bar Association (ABA) and other experts came after two days of interrogation of members of the Senate Judiciary Committee and wrapped up some 30 hours of hearings on Jackson’s nomination.

In her testimony, the ABA’s Ann Claire Williams, who heads the organization’s committee that makes recommendations on federal judges, noted that virtually everyone she interviewed described Jackson as “outstanding, excellent, superior, superb.”

Republicans on the Senate Judiciary Committee questioned Jackson about her nine-year record as a federal judge, frequently interrupting her answers, claiming she handed out light sentences to sex offenders, something she said was far from the truth.

On Thursday, just hours after the hearings ended, Senate Republican Leader Mitch McConnell announced he would vote against Jackson’s confirmation. The senator assured in a speech before the plenary session that he cannot support her for a lifetime appointment: “I cannot and I will not”

Others have cited various reasons for voting against him, from his support of liberal groups to his so-called “judicial philosophy.”

Thursday’s four-hour hearing was attended not only by legal experts, but also by government officials and civil rights groups who supported Jackson, the first black woman nominated to court, as well as other conservative advocates who opposed it.

The Senate committee is expected to vote on Jackson’s nomination on April 4. Democrats hope to hold a final confirmation vote by Easter, in mid-April, when the Senate takes a two-week recess.

With information from The Associated Press and Reuters.

The developments of Russia’s war on Ukraine today.. Western sanctions on Moscow and the war completes its first month | Politics news

The developments of Russia's war on Ukraine today.. Western sanctions on Moscow and the war completes its first month | Politics news