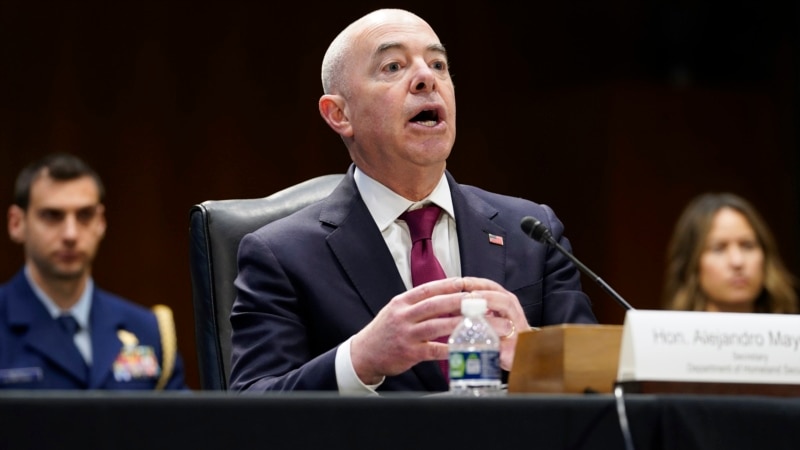 A new coordinating body created by the Department of Homeland Security (DSN) to focus its efforts on combating disinformation has run into criticism from members of Congress, who consider the so-called Disinformation Governance Board a threat to freedom of expression.

The new group was announced without much fanfare last week and almost immediately drew an intense backlash from lawmakers, primarily Republicans, who accused the agency of trying to rein in free speech.

A group of Republican lawmakers led by Rep. James Comer, the ranking Republican on the Oversight and Reform Commission, attacked the group in a letter saying:

“The creation of the Disinformation Governance Board appears to amplify this administration’s continued abuse of taxpayer dollars and the powers of the federal government to target Americans who disagree with its policies, denigrating them as extremists and guilty of misinformation. or disinformation”.

The attacks left National Security Secretary Alejandro Mayorkas on the defensive in appearances on television shows on Sunday, and his department issued a detailed explanation on Monday.

“The department is committed to doing all of its work in a way that protects the free speech, civil rights, freedoms, and privacy of Americans,” the note said.

The document described that the board is created “with the explicit goal of ensuring that those protections are appropriately incorporated into all DHS work related to disinformation and with rigorous protections.” He also stressed that the board does not have the authority to operate as a law enforcement agency.

Mayorkas appeared Wednesday before the Senate Appropriations Committee’s Homeland Security Subcommittee and continued his efforts to convince lawmakers that the new task force was designed to do precisely the opposite of what its critics charge.

Mayorkas admitted that although the announcement of the group’s creation was not handled in an ideal way, its purpose is “to bring together the experts within the department to ensure that its current work to combat disinformation is done in a way that does not infringe on the freedom of the public.” speech, a fundamental constitutional right protected by the First Amendment, nor the rights of privacy and other civil rights and liberties.”

Republicans are not convinced

However, the department’s efforts were not enough to persuade some Republicans.

Sen. Shelley Moore Capito, the highest-ranking Republican on the panel, recommended Mayoras forget about the new task force, “for the good of the department.”

Republican Senator John Kennedy questioned the decision to hire Nina Jankowicz, a former disinformation researcher at the Wilson Center in Washington, to lead the Disinformation Governance Board.

Jankowicz was among those who questioned the origin of a laptop containing compromising materials about President Joe Biden’s son, Hunter Biden, revealed during the 2020 presidential campaign, suggesting it was part of a Russian disinformation campaign. The information on the laptop has since been confirmed to be real.

Activists and free speech advocates say they weren’t surprised by the hostile reception to the board’s creation.

“I think the DSN is to blame for the reaction. They announced something that sounds scary: that we have some sort of government truth board run by the Department of Homeland Security and at first they didn’t say clearly ”why they were doing it, he told the voice of america Ben Wizner, director of the Expression, Privacy and Technology Project at the American Civil Liberties Union.

“It was very poorly executed,” he told the VOA Kevin Goldberg, a First Amendment specialist at the Freedom Forum, a nonprofit, nonpartisan organization in Washington. “In an area where there is talk of expression and something related to government and expression, you have to act with precision, and this was not the case.”

Goldberg recalled that the Department of Homeland Security has certain powers and was created specifically as a response to the terrorist attacks of September 11, 2001. “It’s wrong and it’s concerning on many fronts.”

Wizner believes the agency should consider Capito’s suggestion and remove the show.

“I don’t think anything will happen if they decide to drop the idea. Even if it’s not as wicked as some critics suggest, I’m not quite convinced it’s necessary,” he explained.

However, during Wednesday’s hearing in Congress, Mayorkas gave no sign that he intends to dismantle the new organization.