Leicester 4-0 Braga: Kelechi Iheanacho at the double for in-form Foxes

Jamie Vardy had a night off but Leicester still made it five wins in a row as Kelechi Iheanacho’s double put them on the brink of the Europa League knockout stages.

With Vardy left on the bench ahead of Sunday’s Premier League meeting with Wolves, Iheanacho took his chance, scoring either side of half-time and having a hand in the decisive third, scored by substitute Dennis Praet.

James Maddison claimed the fourth with 11 minutes left, while Iheanacho was very lucky not to be sent off for an awful challenge on Braga midfielder Joao Novais. 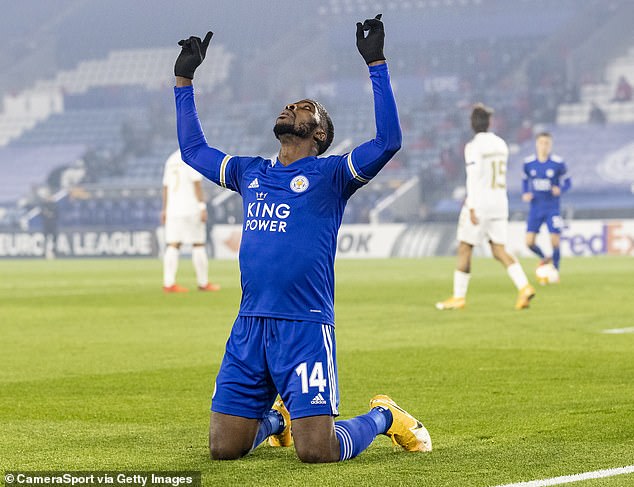 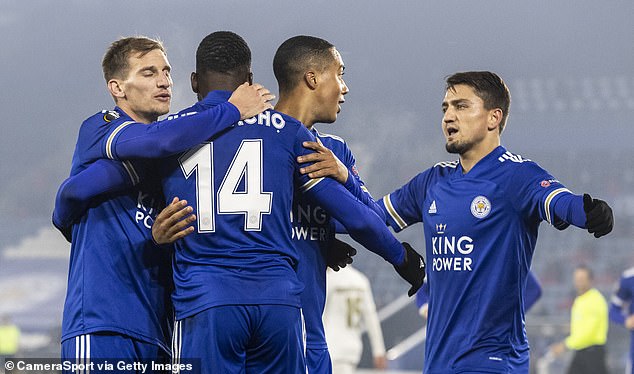 Brendan Rodgers’ men have a maximum nine points from their opening three group games and will surely secure qualification in the three that remain.

Maddison gave Leicester a scare in the 15th minute when he stayed down after being caught on the hip by a late challenge from Ali Al Musrati, but the midfielder – who had hip surgery in June – fought on and played a key role in the opener.

Braga went to sleep as a long throw from Christian Fuchs found Iheanacho, who – played onside by Bruno Viana – swapped passes with Maddison before scoring at the second attempt thanks to a lucky rebound off goalkeeper Matheus. 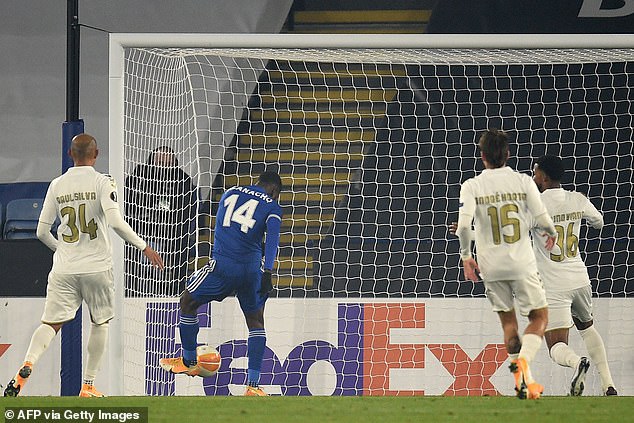 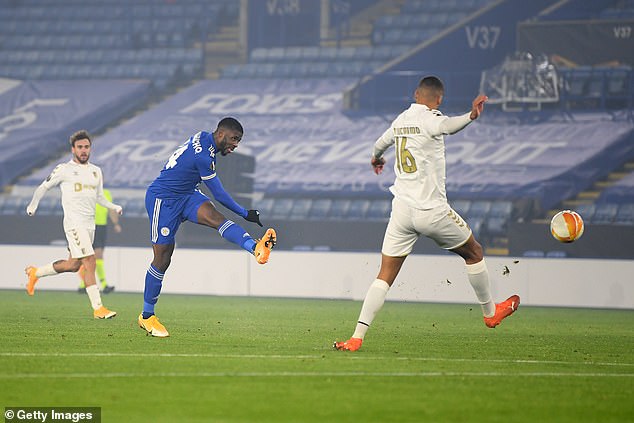 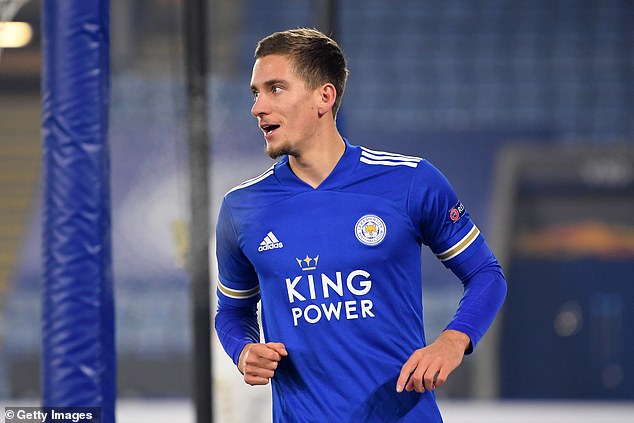 The Portuguese side rarely threatened in the first half, though Foxes keeper Kasper Schmeichel reacted quickly to boot away Hamza Choudhury’s shaky back-pass from Ricardo Esgaio’s cross, which threatened an own-goal.

In first-half stoppage time, Maddison turned inside Viana before producing a fierce low drive that brought an outstanding save from Matheus.

Matheus could do little about the second goal straight after half-time, however.

Iheanacho’s 25-yard strike took a big deflection off the hapless Viana before flying into the corner.

Yet Leicester kept them at arm’s length and sealed the deal in the 67th minute. Youri Tielemans released Iheanacho whose mishit effort fell perfectly for Praet, who tapped in at the far post. 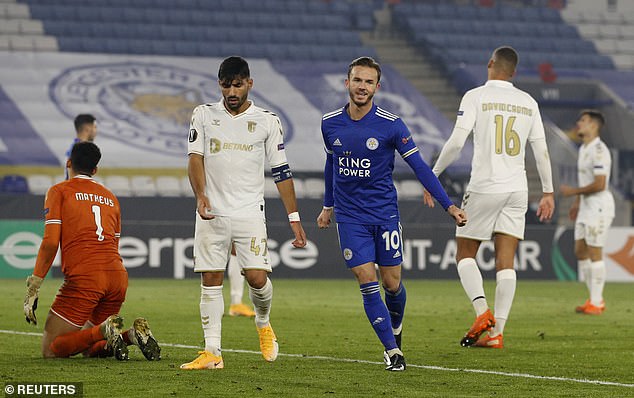 Iheanacho was then extremely lucky only to be booked for a dreadful tackle on Novais, which would surely have been a red card had referee Bas Nijhuis seen it.

The Nigerian escaped as VAR is not used in the Europa League group stages but it was no surprise to see him substituted shortly afterwards.

More dreadful Viana defending allowed another substitute Ayoze Perez, to set up the fourth for Maddison, who made space inside the box before applying a simple finish. 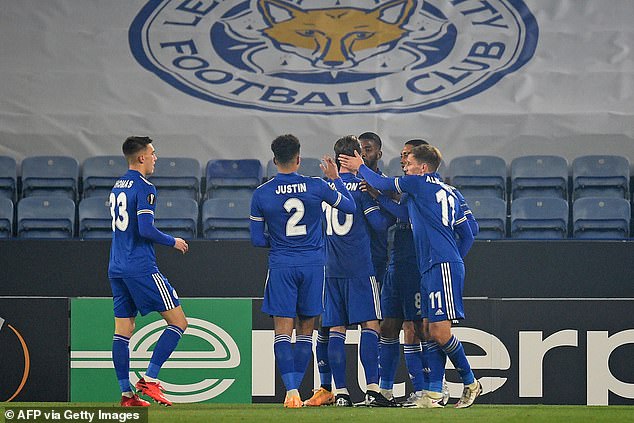 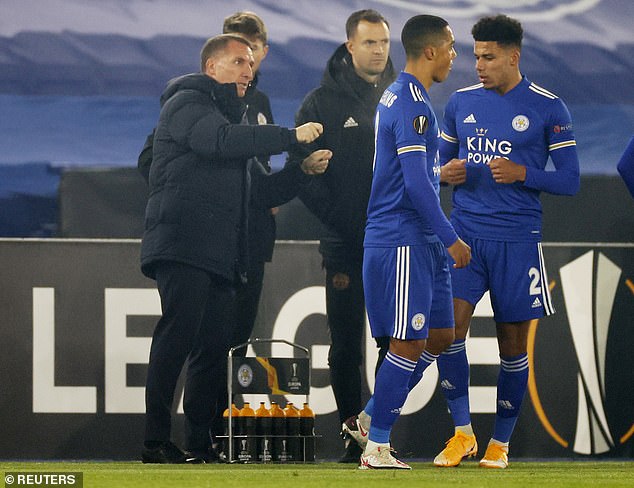 Traveling to New York? Here's what to know about required COVID-19 tests to avoid quarantine

Khloé Kardashian and Tristan Thompson broke up a few weeks ago, friends of the former couple...