‘It’s hard to focus fully’: Leicester boss Brendan Rodgers reveals his players are struggling to prepare for games due to coronavirus restrictions

Brendan Rodgers believes the ongoing coronavirus restrictions are making it more difficult for players to focus on football.

Leicester take on Zorya Luhansk in their opening Europa League group fixture on Thursday, the second match in a sequence of six in 20 days.

After winning their opening three Premier League games, including a 5-2 win at Manchester City, Leicester then suffered consecutive home defeats by West Ham and Aston Villa. 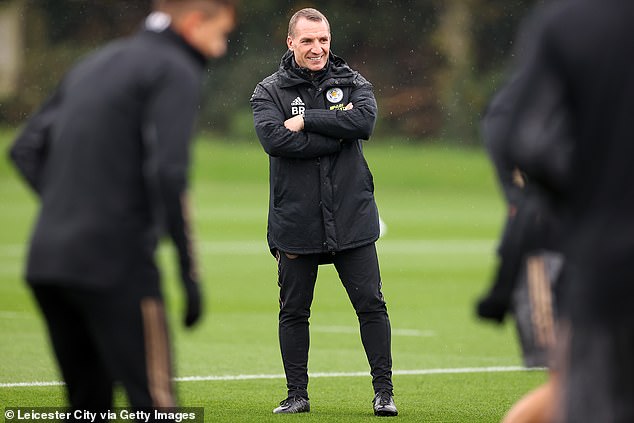 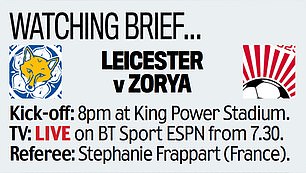 ‘In this period now it’s very difficult – clearly a lot more difficult than when you’re in a normal season and thinking about the games,’ said Rodgers. ‘Now there is so much focus on lots of other things.

‘[There is the issue of] the players’ availability through Covid, having to play so many games in such tight timelines, travelling. Players have done brilliantly in this period to keep the intensity in the games but there’s definitely a fraction of focus that’s been lost on the field.

‘And then off the field, it’s hard for people to focus fully as well because there are so many different elements to preparing for the game.’ 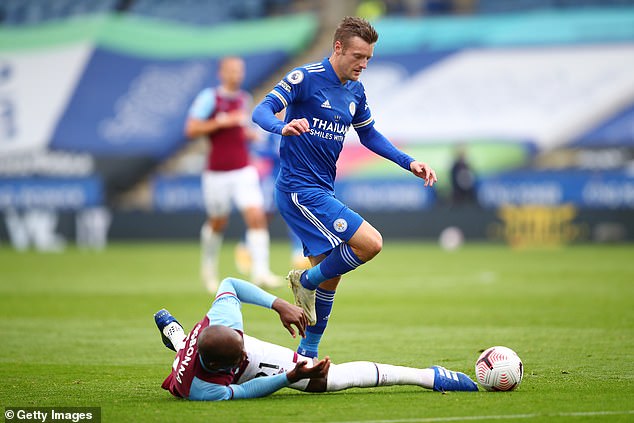 Leicester have not featured in European competition since the 2016-17 campaign, when they were in the Champions League after winning the title the previous season.

They are in the Europa League after finishing fifth last term, when they were in the top four for most of the season before falling short with a poor run of form post-lockdown.

Rodgers is without a number of key players for Thursday’s clash with Jamie Vardy sidelined along with Ricardo Pereira, Caglar Soyuncu and Wilfred Ndidi.