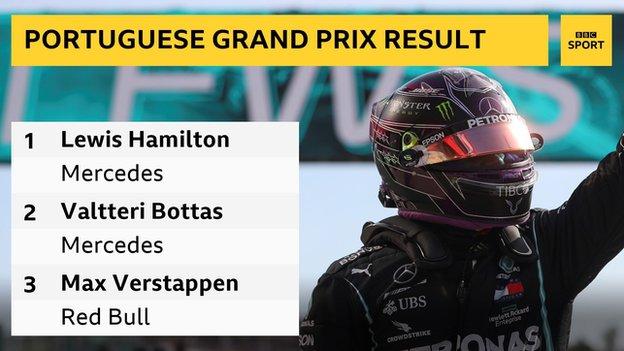 Hamilton dropped to third in a manic first two laps, which ended with McLaren’s Carlos Sainz in the lead, but fought back to crush his team-mate’s hopes.

After both Mercedes passed Sainz, Hamilton tracked Bottas before pouring on the pace and taking the lead on lap 20.

From there, Hamilton dominated to take his 92nd career Grand Prix victory.

Student who thought he was meeting girl, 14, for sex snared by paedophile hunters

When and where can I ride an e-scooter legally?

Georgia climbers who risk their lives for Christmas trees

A former business secretary has warned some people on furlough are avoiding going back to work...