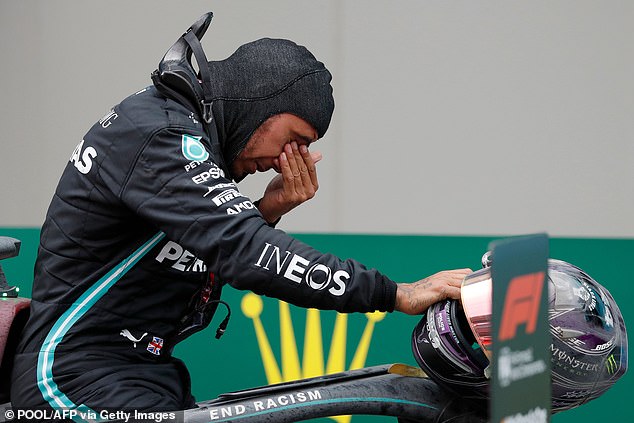 ‘That’s for all the kids out there… dream the impossible!’: Lewis Hamilton delivers emotional message as he crosses the line to claim his SEVENTH Formula One World title

Lewis Hamilton delivered an emotional message as he crossed the line in the Turkish Grand Prix to claim his seventh Formula One World Championship.

The Brit equalled Ferrari great Michael Schumacher’s record as he fought his way through the pack on worn intermediate tyres for his 94th Grand Prix victory and seventh world title.

The Mercedes driver cried tears of joy through his headset after passing the chequered flag at Istanbul Park. 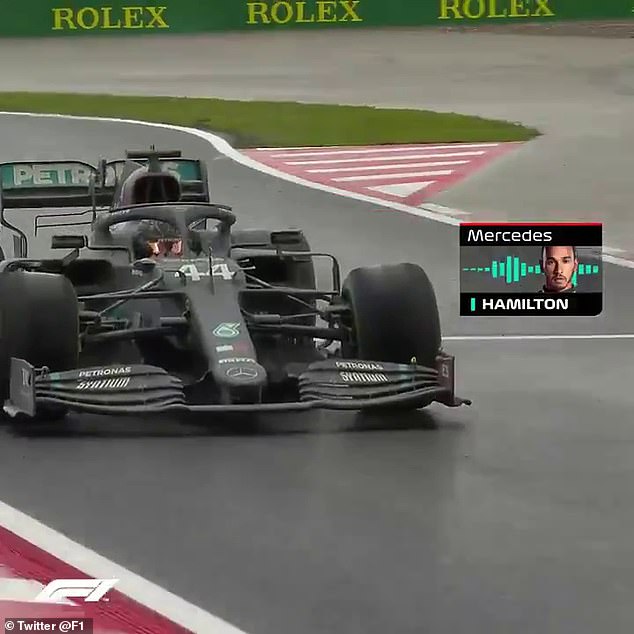 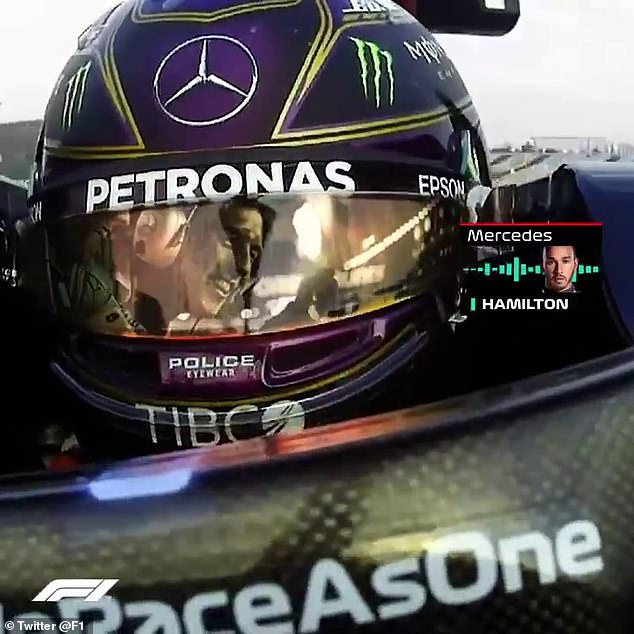 Hamilton started to thank his pit team as he exclaimed: ‘Thank you so much guys,’ and then began to scream: ‘Woo! Woo!’

‘That’s for all the kids out there that dream the impossible. You can do it too, man. I believe in you.

‘Thank you so much everyone for your support.’

He took to Twitter after the win as he continued to praise the people around him, as he tweeted: ‘7X Formula 1 World Champion. Wow. To everyone that has supported me along the way, this is for you. To my incredible family, where do I even start? I am eternally grateful for your unconditional love, sacrifices and support…’

The 35-year-old’s emotions continued to pour out as he left his car and was congratulated by his rival drivers and Mercedes crew.

‘I’m a bit lost for words,’ he explained after yet another stunning victory. 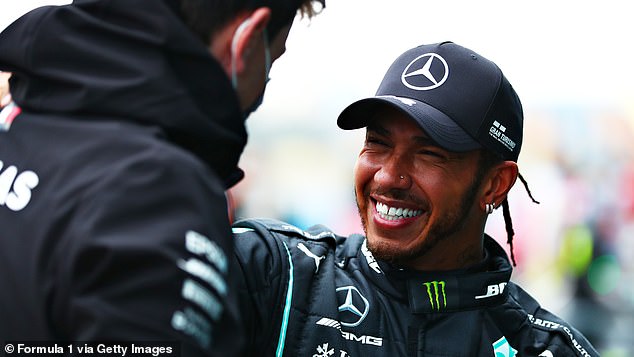 ‘The journey we have been on has been monumental. I want to say a big thank you to team LH for sticking with me all my years and my family.

‘I dreamed of this when I was young. It’s important for kids to dream the impossible and speak it into existence. You’ve got to never give up and never doubt yourself.

‘We knew it was already such a difficult weekend. We knew we were on the backfoot and we did the best we could. We learnt a lot. There’s no blame game. We continue to try and improve our communication so we can make moves forward.’