By Alex Ward For The Daily Mail

Lewis Hamilton has been criticised for promoting potentially ‘dangerous’ diets for pets after claiming a vegan diet cured his British bulldog’s ailments.

The Formula One world champion said his pet – Roscoe – had been ‘fully vegan’ since July.

He wrote online that the eight-year-old had suffered with skin allergies and breathing problems – but that after changing Roscoe’s diet he was ‘like a puppy again’. 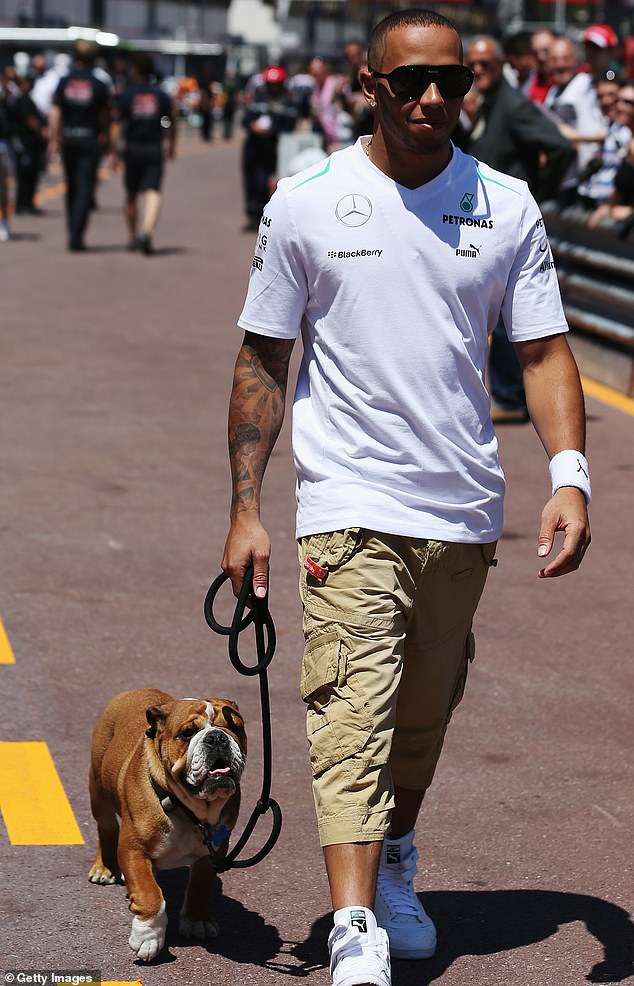 However, animal nutritionists have warned that meat-free food for dogs can be deficient in vital vitamins.

Nicole Paley, of the Pet Food Manufacturers’ Association, said: ‘We advise that vegan diets – with no animal products – are carefully checked by a vet or animal nutritionist.’

And television vet Dr Scott Miller, who has appeared as an expert on BBC’s Crufts, said a vegan diet could be ‘extremely dangerous’ for dogs, and often removing meat from them was purely due to the preference of the owner.

He said: ‘Dogs and cats have sharper teeth for catching meat. As much as it makes sense for you to be a vegan, when it comes to our pets it’s going to prove problematic.’

Hamilton has been vegan for several years and is a vocal advocate of such a lifestyle.

Discussing Roscoe on Instagram, he wrote: ‘His breathing has always been bad, which meant he was never able to walk very far and his joints would hurt. He also had skin allergies. 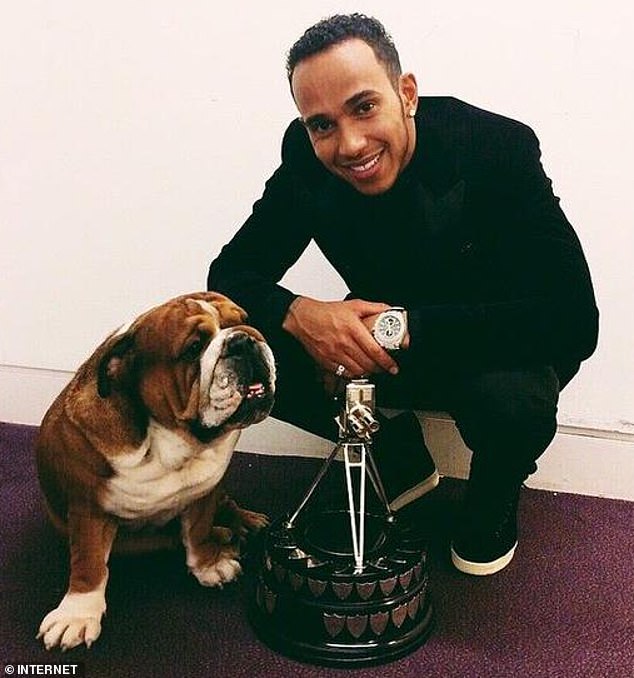 ‘Three months ago, I decided to transition him to a vegan diet. It has changed his life.

‘He now doesn’t have any breathing issues, his throat is no longer restricted, and he doesn’t overheat like he did before and he loves to run.’

The driver, 35, who has said his dog’s nutritional needs have always been his priority, did add that others should consult their vet if considering doing the same with their pet.