‘Over the years people assumed many things in terms of my lifestyle’: Lewis Hamilton insists he is not a ‘playboy’ but a finely tuned racing machine as six-time world champion looks to eclipse Michael Schumacher record

Lewis Hamilton has insisted that he is not a playboy but a finely tuned racing machine.

The husbanding of his abilities carries the 35-year-old into Sunday’s Portuguese Grand Prix chasing a record 92nd victory in his 14th season, one more than Michael Schumacher managed with Benetton and Ferrari.

While the German was famed for his obvious devotion to his trade, Hamilton has lived much of his career in the celebrity swirl, taking in rappers and red carpets in an existence split between Europe and America. 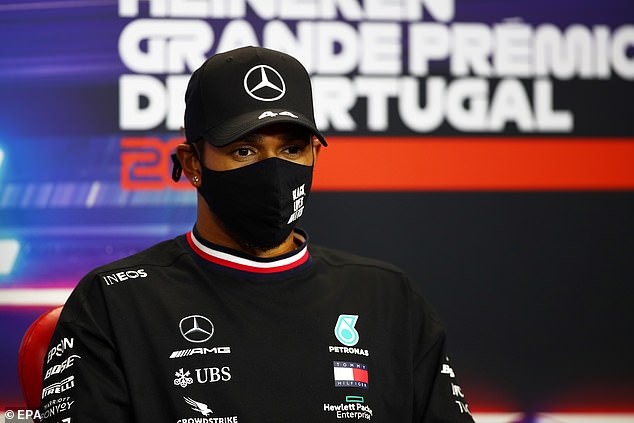 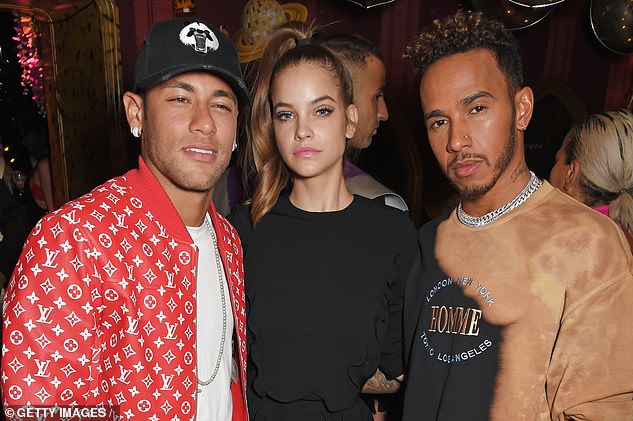 But for all his involvements in fashion and music — and recently in fighting racism — Hamilton says his focus is solid.

‘Over the years people assumed many things in terms of my lifestyle,’ he said. ‘I go to different events and I have a life and interests out of the sport.

‘But people take for granted the time I allow myself to be focused on being the best I can be physically and mentally. I never do anything that will hinder that.

‘Only I know how thinly I can stretch myself, and I have managed to strike a decent balance. 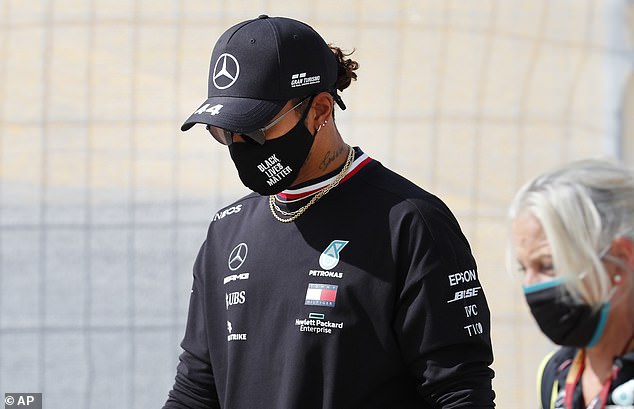 ‘I am given this playboy kind of image, which is not me. If you were to go home to see me with my family you would know my core values.’

Hamilton has admitted to finding himself lonely this year as Covid has restricted him to Monaco and, during race weekends, his two-tone brown motorhome with physio Angela Cullen and pet bulldog Roscoe.

‘Other years have been massively rushed, flying from London to New York to Singapore in 2018, doing the best qualifying lap I have ever done and continually proving people’s theories wrong.

‘This year has been different. I have done hardly any travelling, which has been quite pleasant. I have not been pulled left, right and centre. I have been at home longer than I have ever been. It gives you time to train when you want to. There are no excuses for missing sessions.’ 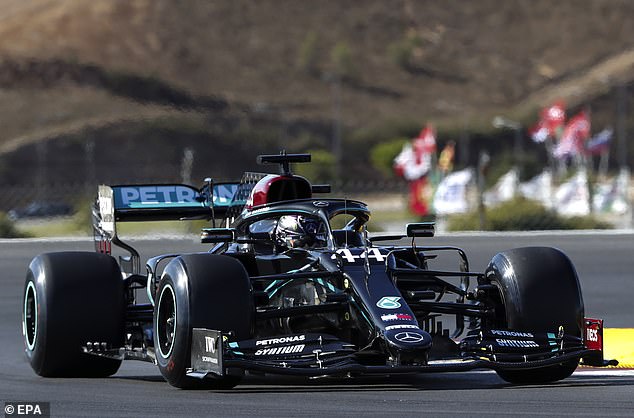 The Mercedes cars again set the pace in practice on Friday, though it was Valtteri Bottas whose name led the list. Red Bull’s Max Verstappen and Racing Point’s Lance Stroll tripped over each other at the first corner in the afternoon’s biggest excitement.

Meanwhile, fellow Brit George Russell’s future at Williams is under scrutiny. He is contracted to the Oxfordshire team for another year but there is talk of him possibly being eased out by the new owners, Dorilton.

That scenario gained credence when acting team principal Simon Roberts refused to confirm Russell would be staying. He laughably said he did not want to ‘fuel speculation’.

The theory is that Sergio Perez may be more attractive because he would bring Mexican money. 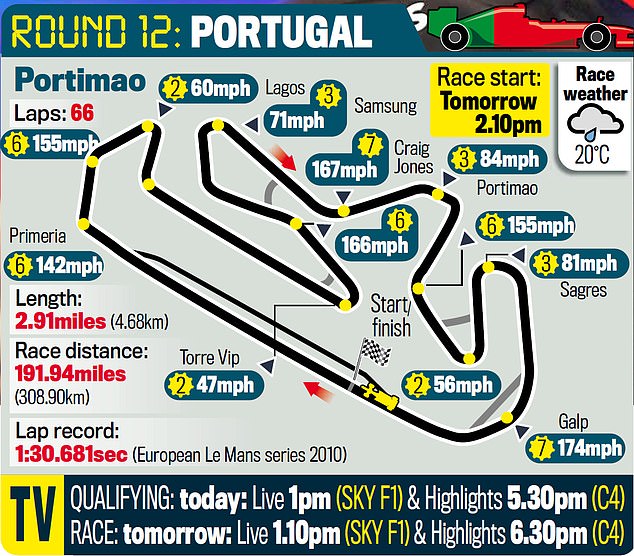 If that is true, Russell should act fast to sort himself a seat for next season. He is a talented driver, perhaps Britain’s next world champion.

Time is not his friend. Nor is he necessarily helped in this instance by being part of the Mercedes young driver programme. It rules him out, for example, of a seat in the Red Bull stable, where he is highly rated.

Russell, 22, may want to consider whether he can and should cut loose, not least with Mercedes boringly persisting with Bottas as Hamilton’s useful stooge into yet another campaign.

Meanwhile, controversy continued to surround Racing Point’s failure to get Stroll tested for Covid at the Eifel Grand Prix. His private doctor apparently told him he showed no symptoms despite suffering fever, lethargy and diarrhoea, and later returning a positive result.

McLaren’s Zak Brown speculated who the physician might be. ‘Was it (former team owner) Dr Mallya, Dr Seuss or Dr Dre?’