Boris Johnson is being urged by the Liberal Democrats to convene a four-nation summit to save Christmas as the party warned it is ‘inevitable’ people will travel to be with their loved ones.

The party has written to Mr Johnson as well as Scottish leader Nicola Sturgeon, Welsh First Minister Mark Drakeford and Northern Ireland First Minister Arlene Foster calling for them to work together on a blueprint for the festive period.

Lib Dem leader Sir Ed Davey said that because family members are often split up across the different nations of the UK it makes sense for there to be one set of coronavirus rules during Christmas to avoid confusion.

The party wants the four nations to agree ‘uniform guidance’ on the number of people who can gather, to cooperate on the safe return of students and to explore how to expand travel options to allow people to move around the country while complying with social distancing.

Such a unified approach would represent a dramatic departure from the current way of working which has seen the four nations act largely independently in response to the coronavirus crisis.

But Environment Secretary George Eustice rejected the idea this morning, saying it is ‘far too early’ to set out guidelines about Christmas.

He told BBC Radio 4’s Today programme: ‘This is a rapidly developing situation and we are making judgments all the time about what restrictions might be needed and what’s appropriate to have as restrictions in a particular area.

‘It’s far too early to say exactly where things will be by Christmas, but the Prime Minister’s made clear he wants people to be able to have a Christmas that’s as close to possible as normal.’ 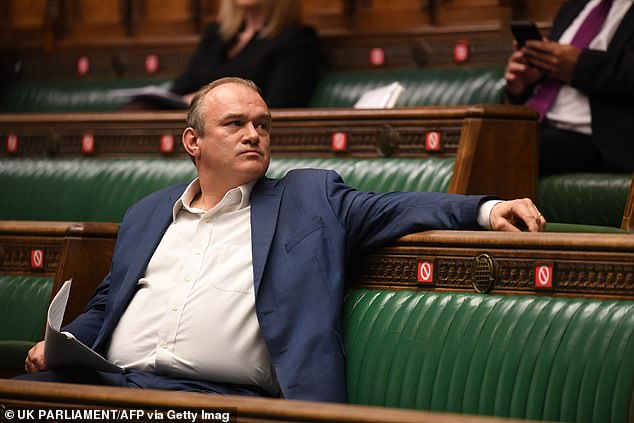 Sir Ed Davey, the leader of the Liberal Democrats, has urged Boris Johnson to convene a four-nation summit to save Christmas 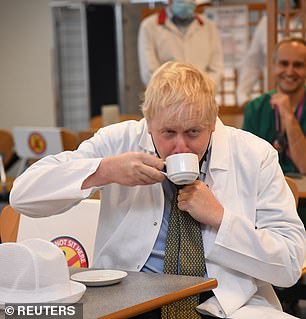 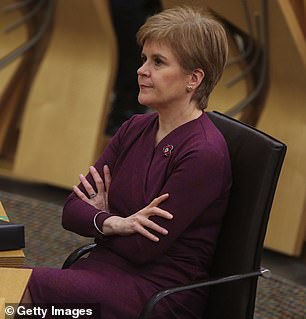 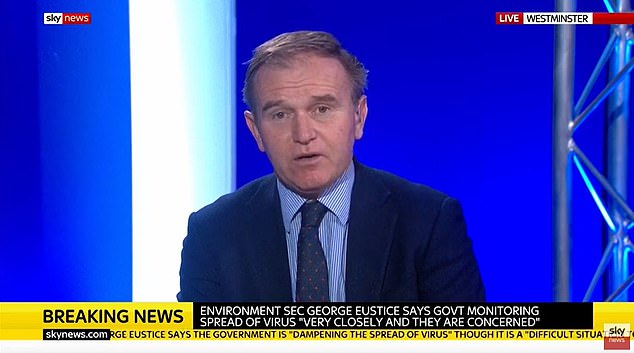 Environment Secretary George Eustice rejected the idea this morning, saying it is ‘far too early’ to set out guidelines about Christmas

‘And that’s what we’re doing, and it’s too early I’m afraid to say exactly what the situation will be by Christmas, but we do understand people want to have a Christmas that’s as close as possible to normal and to meet family and to come together.

‘It’s an important family occasion and we understand that and the PM’s clear he wants to try to support that.’

In the letter to Mr Johnson, Ms Sturgeon, Mr Drakeford and Ms Foster the party argues that ‘conflicting measures introduced by the respective governments of the UK nations could cause further confusion and complications’.

It said: ‘We must accept the inevitability that people are going to travel to be with their loved ones during the festive time of year.

‘The interlinked nature of life in the United Kingdom means no one government can devise this guidance in isolation.

‘It therefore falls on you and your counterparts to work across governments to explore workable solutions that can enable travel to happen safely.’

Sir Ed outlined the details of his demands this morning, telling BBC Radio 4’s Today programme that planning is needed now to ensure Christmas is not ‘cancelled’.

He said: ‘Well because 2020 has been such a tough year for families across the UK, people losing loved ones, losing their jobs, people had been looking forward to Christmas and I think they’re increasingly worried they won’t be able to be with many of their families and friends at Christmas as normal.

‘So we want the governments of the four nations to come together, to look ahead, to get ahead of the game and plan measures so that we can maximise the chances of Christmas being as near normal as possible and it means they’ve got to take steps now together and if they do then maybe Christmas won’t be cancelled.’

He added: ‘We need to see a much greater co-ordination on, for example, what the rules for gatherings might be, what public transport arrangements may be, whether they’ve got to be expanded, for example, how the policy of getting students back to families will be.

‘I think if they don’t come together there’s a danger that we’ll see confusion, we’ll see complexity and people won’t get a clear message.’

The letter comes amid ongoing uncertainty about whether students will be able to return home at Christmas after numerous universities suffered significant Covid-19 outbreaks.

Sir Ed said overnight: ‘No one country can manage this challenge in isolation.

‘The fractured rules across the UK have already been incredibly difficult to piece together.

‘We need a four nations summit to agree on one set of uniform guidance for Christmas that works for families across the UK. Ministers across Britain need to start work on it now.’

Mr Ashworth was asked by Times Radio whether he thought a family of more than six will be able to meet up this Christmas.

He said: ‘I hope so… but that’s in the hands of all of us and in the hands of the government and the decisions that it makes in the next, sort of, week or so about what they are going to do to get on top of this virus.

‘I think because they’ve missed this window of opportunity over the half term I’m worried that what we’ll see is deeper, more drastic lockdown action throughout November and December, which sadly probably does put Christmas at risk.’

‘The government have got to do something quickly to save Christmas for everybody.’