The three-tier system comes after a 9.3 percent increase in cases on the previous week, with the north of England having the worst rates of infection.

Here the MailOnline outlines what the tiers mean and who they could affect: 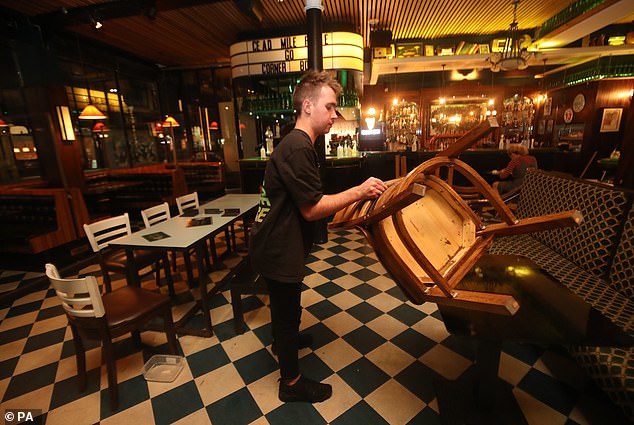 A staff member in The Corner Boy pub closing up and clearing away tables and chairs for the evening, in Manchester, on Sunday night

Tier one restrictions are believed to mirror those already in place across England.

Tier two restrictions are expected to be similar to rules currently in place in Middlesbrough and Hartlepool, where indoor mixing of households is prohibited.

Two households may be allowed to meet in a private garden, as long as the rule of six and social distancing are followed.

Locals will only be allowed out of their areas for essential travel such as work, education or health, and must return before the end of the day.

Overnight stays by those from outside of these ‘high risk’ areas will also be banned, The Sun reports.

Households are expected to be told not to mix either indoors or outdoors.

From 5pm on Wednesday, hundreds of pubs in the northwest will be closed, The Telegraph reports.

Restaurants will be limited to takeaway services only, the BBC says, and bookies, casinos, gyms, beauty salons and hairdressers could all be shut.

It is believed that these measures will be imposed for four weeks before they are reviewed.

If a business is closed due to third tier restrictions, the Government will pay two thirds of each employee’s salary, up to a maximum of £2,100 a month, according to The Telegraph. 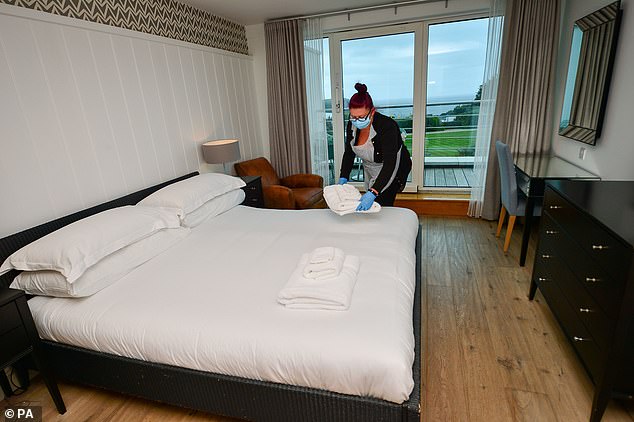 Overnight stays by those from outside of these ‘high risk’ areas will also be banned (pictured: a housekeeper at a hotel in Cornwall) 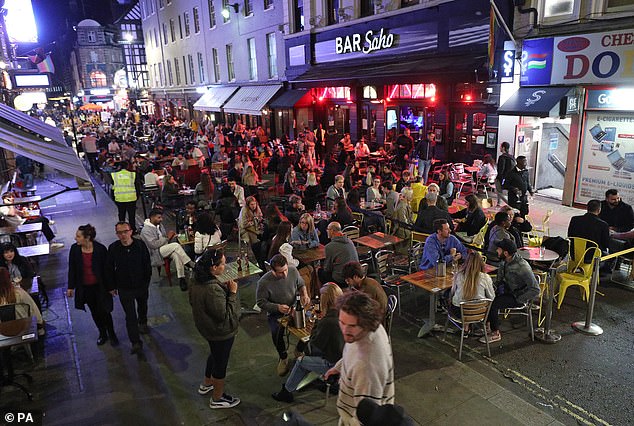 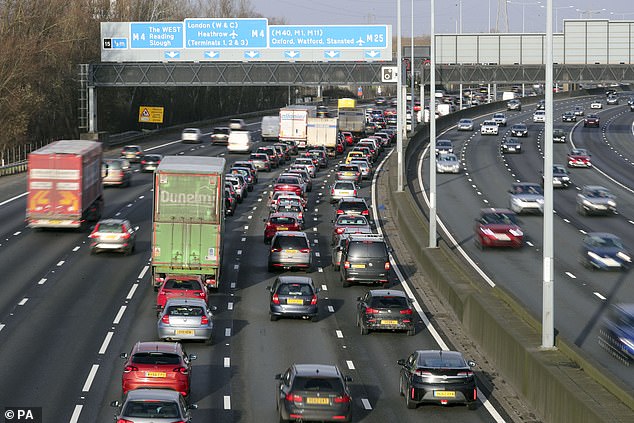 Travel in and out of the covid hot spots will be limited (pictured: traffic on the M25, as people head out of London) 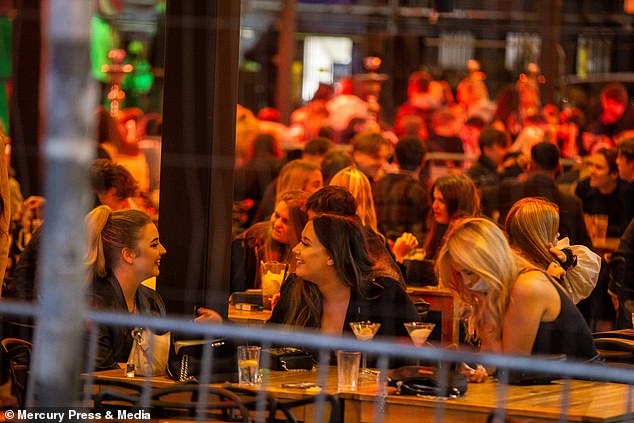 WHO IS GOING INTO TIER THREE LOCKDOWN?

The Government has not yet revealed which areas will go into the strictest lockdown, but Liverpool and Manchester are widely reported to be the first in the Government’s three-tiered sights.

The decision will be based on the rate of infection.

Nottingham City Council expects a local lockdown to be imposed on Monday, with councils in the area asking residents to not mix with people outside of their households or bubbles. 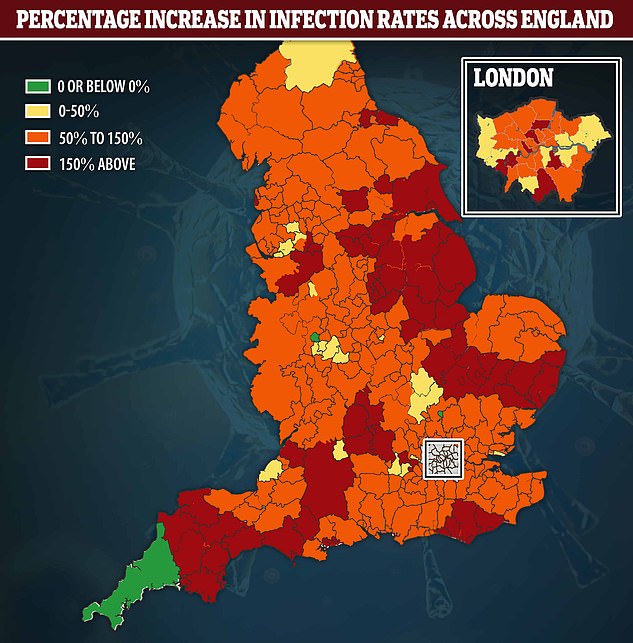 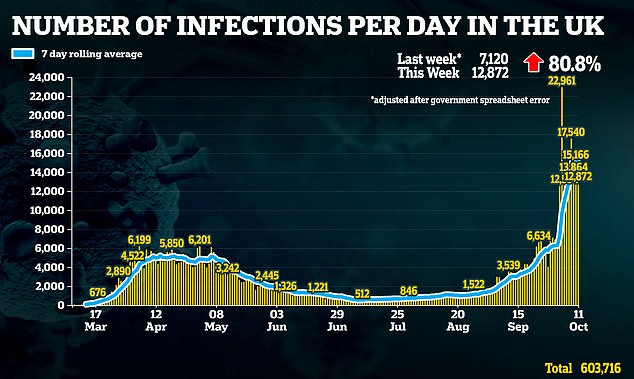 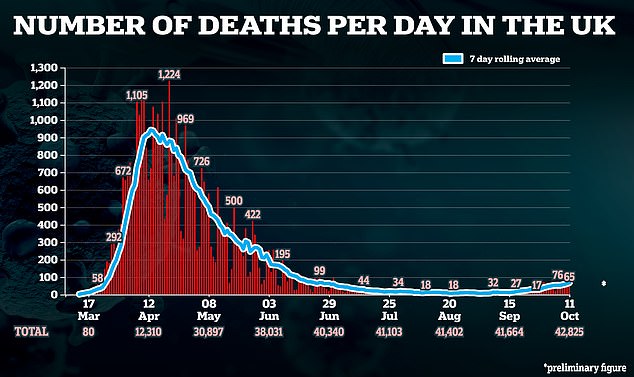 What has the response been?

The Government has said it is working with local leaders to decide which areas are covered by the third tier, as well as determining the right response for the specific area.

However, Manchester City Council leader Sir Richard Leese previously said there was a ‘large gulf’ in discussions about new restrictions.

He told Times Radio: ‘We seem to have an almost impossible task of penetrating the Westminster bubble.’

Northern leaders, including Sir Richard and the mayor of Greater Manchester Andy Burnham, wrote an open letter to northern MPs on Sunday, calling for financial support for businesses affected by restrictions.

Many of the details of how the tiers and the specific measures in each area will be negotiated and enforced are currently unclear.

On Monday, the Prime Minister will chair a meeting of the Government’s COBR committee to finalise what will be announced in Parliament.

He will later host a press conference at Downing Street where he will be joined by Chancellor Rishi Sunak and England’s chief medical officer Professor Chris Whitty.

Downing Street said MPs will be asked to debate and vote on the three-tier measures next week. 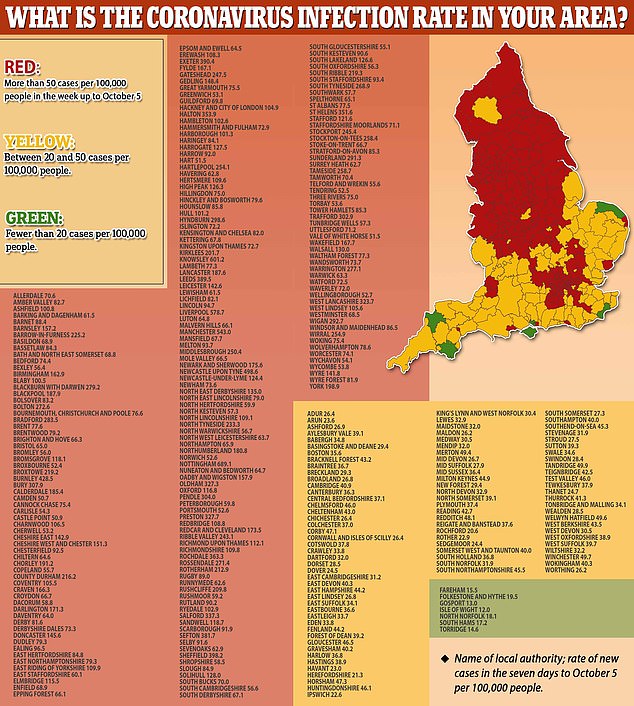 Israel .. Arrests during protests in an Arab city against Netanyahu’s visit

Coronavirus: How blind school in Worcester is keeping pupils safe