‘We’ve been mates since we were eight years old, we’ve seen each other grow’: Declan Rice describes ‘dream come true’ while Mason Mount hails ‘special’ moment as lifelong pals start together and both score for England in win at Wembley

Lifelong friends Declan Rice and Mason Mount described their ‘special’ moment as they started together and both scored in England’s win over Iceland at Wembley.

The 21-year-old pair’s close relationship was evident in their possession play on the pitch, with their link-up with England’s other shining attackers putting them in control throughout. 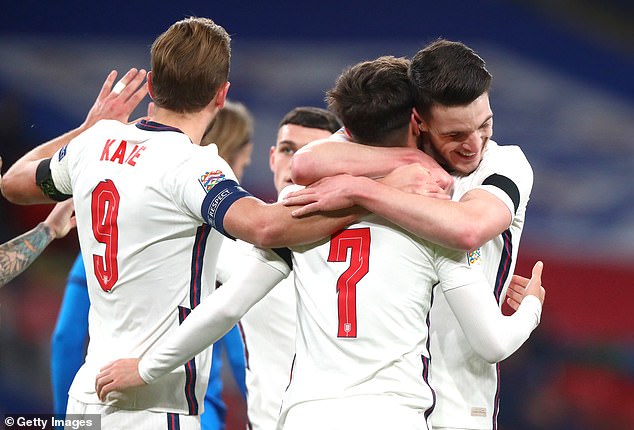 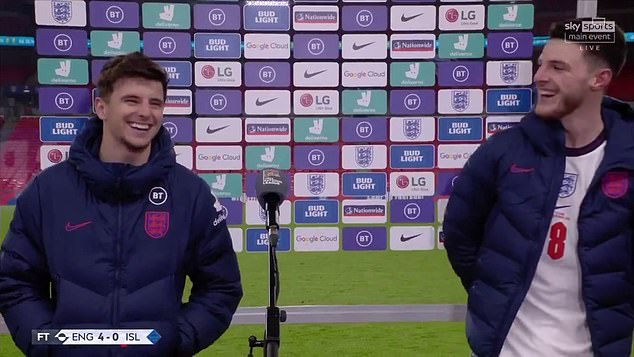 The pair could not hold back their pride at the final whistle, and admitted it was special moment for them and their families.

‘We’ve been best mates since we were eight years old, we’ve seen each other grow. It was special to start alongside each other. To both score in the same game is a dream come true,’ Rice told Sky Sports after the game.

‘I think it might have come off my head and onto my shoulder, but it was special. You can’t put it into words. 13 games I’ve had (with England). I need to keep adding more goals to my game. 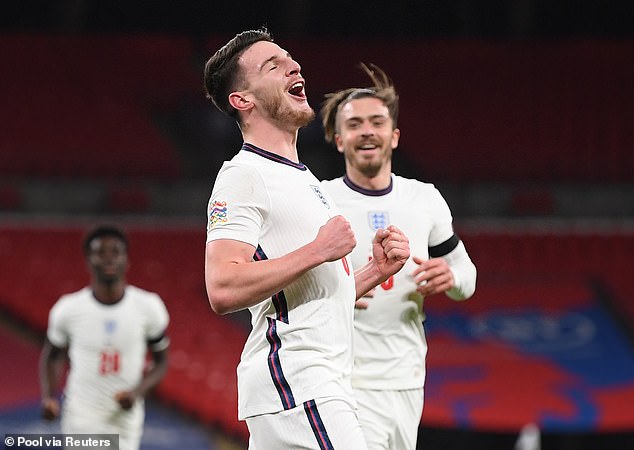 ‘I thought the partnership worked really well. I think we dominated the ball. I thought we played really, really well together, what we’ve done since we were kids really.’

Mount spoke of similar joy for his old mate, saying ‘It’s special memories that we’re making together. The first goal for him is obviously special and it means a lot. For me to be on the pitch when he scored it means a lot.

‘I had the freedom to go a bit forward and link up with Jack, Phil and Harry. That attack we had was deadly. It was a good performance.’

?❤️ | From being best friends at eight-years-old to starting together for England and getting on the scoresheet!

This post-match interview from Mason Mount and Declan Rice is some really wholesome content…???pic.twitter.com/QqLQ0GaWza

The West Ham and Chelsea pair will hope their performances will have kept them in Gareth Southgate’s England plans, with the chance to create more memories at next summer’s European Championship.

‘I think the Euros is the next step. Hopefully we can kick on and get picked for the squad in March and the big one in the summer.’, Rice added.