For Celtic the satisfaction of a point away from home in the Europa League was offset by a blunt truth. It should have been so much more.

At half-time two goals from Mohammed Elyounoussi placed Scotland’s champions firmly on course for their first win on French soil since November 1966 – the season they were crowned champions of Europe.

The loss of central defender Kristoffer Ajer early in the second half was the catalyst for a second half collapse. 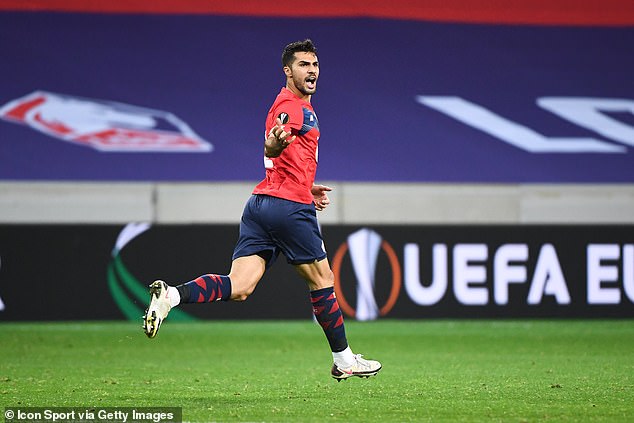 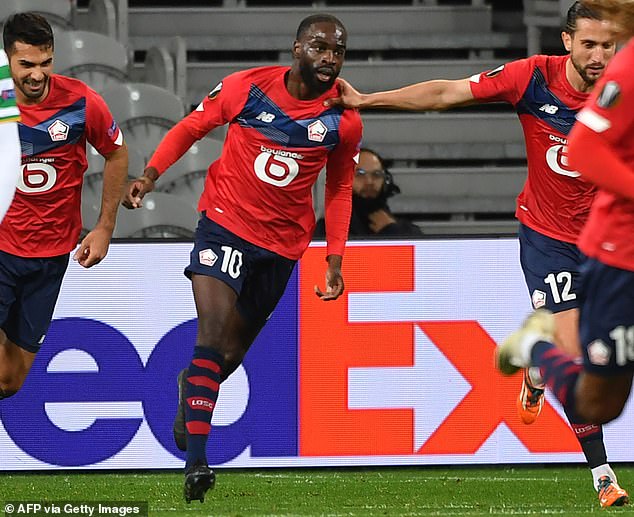 Goals for Zeki Celik and Nanitamo Ikone preserved Lille’s long unbeaten home run. The blessing for Celtic came in the failure of the Ligue one joint leaders to snatch a winner after Scott Bain’s fine penalty save from Jonathan David at the end of the first half.

Blameless for both Lille goals Bain could be pleased with his night in the end.

The former Dundee keeper began the season as understudy to £5million signing Vasilis Barkas. With the Greek recovered from a back problem Lennon’s decision to stand by his number two was justified when the keeper settled his team with two big early saves.

The first witnessed a clawed stop from France under-21 international Boubakary Soumare after 13 minutes as Lille laid siege to Celtic’s crowded area.

His second big stop came from a free-kick from dangerman Yuzuf Yazici after Shane Duffy’s rash challenge 20 yards from goal gifted Lille a freekick in a dangerous position.

Celtic offered their first attacking menace when Albian Ajeti was flagged offside when he tucked away a Ryan Christie through ball after 19 minutes. It wouldn’t be their last.

The Swiss striker blew a great chance to carve the lead when he leaned back and skied an Elyounnoussi cut-back high over the bar from 12 yards. A fine chance Celtic may not have expected too many more. If so they were wrong. 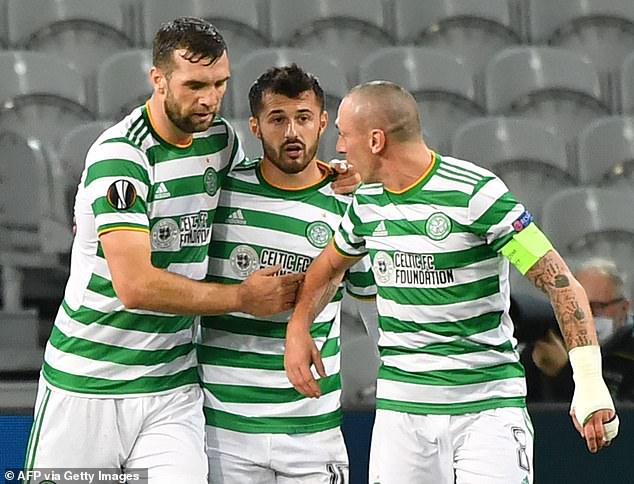 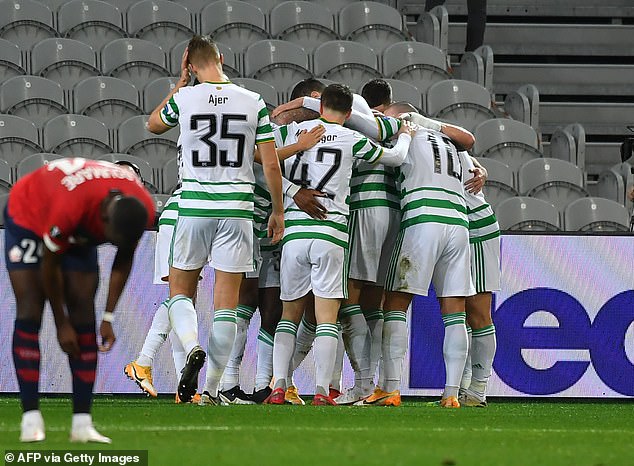 The opening goal after 28 minutes was a high quality finish. Picked up front in a 4-2-3-1 formation Ajeti backheeled a heavy touch from Celik into the path of Elyounnoussi wide on the left. With space to run at the obvious option was to play in Olivier Ntcham as the Frenchman made a fine run into the box. The on-loan Southampton man chose instead to plant a sublime curling strike into the far corner of the net from 24 yards. Celtic had the opening goal.

The visitors – and Elyounoussi – were not done yet. There were four minutes and 28 seconds between the two goals. The second came from a rampaging run down the right flank by Jeremie Frimpong.

The full back squared a fine ball for Elyounoussi to sweep a low finish into the net. On a night of low expectation Celtic were in danger of confounding everyone.

Elyounoussi was on a hat-trick and he might have had it when Frimpong’s burst over the halfway line provided an opportunity for Ryan Christie to sling an inviting cross into the area. The header sailed over the bar, but Celtic looked comfortable.

The flow of the game altered in the final five minutes of the first half.

Neil Lennon came out fighting on behalf of Shane Duffy in the pre-match press conference branding criticism of the Republic of Ireland captain over the top and excessive. Yet there was no defending the on-loan Brighton defender’s role in the penalty which made Scott Bain a hero.

There was no need for Duffy to clip David on the edge of the area. Debate will continue as to whether the offence was inside or out but with no VAR on hand, the Macedonian referee pointed to the penalty spot

Seeking his first goal since a summer move David took the kick himself. Bain went to the left, but hung a right foot back just far enough to block an unconvincing effort.

The former Scotland keeper nearly undid all his good work moments later, racing from his line to shout for a high ball into the area before dropping the ball at the feet of Dutch defender Sven Botman. The number five chipped a shot through a ruck of bodies, rattling the crossbar. Dominant for so long in the first half Celtic’s defensive achilles heel had so nearly cost them twice. Somehow they limped through to half-time without conceding to lead 2-0 at the interval.

The respite wouldn’t last long. The catalyst for a second half collapse was the loss of Kristoffer Ajer seven minutes into the second half. 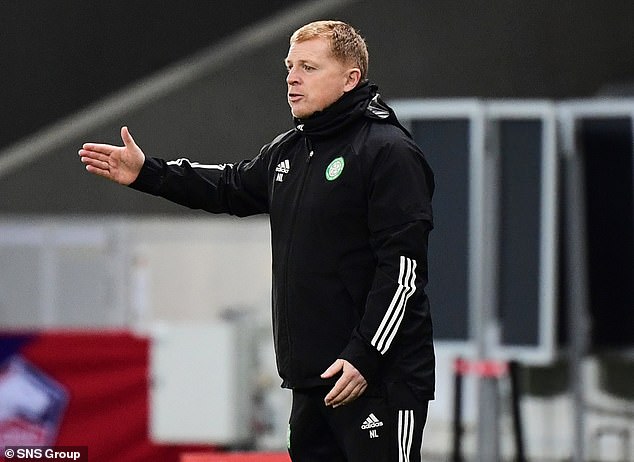 Already without the injured Christopher Jullien, the last thing Neil Lennon needed was another defensive loss. Nir Bitton’s return from Covid-19 was timely and necessary. Yet a triple Lille substitution was the signal for a full-scale onslaught.

Neil Lennon made a change of his own, bringing Odsonne Edouard back from his own coronavirus lay-off. As a team Celtic were tiring, retreating deeper and deeper into their shell and the Lille fightback began after 66 minutes. Typically, it stemmed from poor defending of a set-piece.

That was the cue for a backs to the wall finish to the game for Celtic. In a running theme of recent weeks they were unable to keep the back door closed.

Lille’s equaliser was a scrappy scuffed affair, the visitors wasting chances to clear before the ball fell for Nanitamo Ikone to turn and hot a deflected shot past Bain for 2-2.

ServiceNow CEO: we are ‘the standard’ for business transformation

ServiceNow CEO: we are ‘the standard’ for business transformation