‘He sets the bar for English manhood’: How Lily James’s character describes Dominic West’s character in upcoming movie filmed before pair were seen kissing in Rome

By Padraic Flanagan For The Mail On Sunday

Few who saw the photographs of them canoodling in Rome can doubt that Lily James looked impressed by Dominic West’s masculine charms.

Now the 31-year-old has spoken in glowing terms about the appeal of the character he plays in their new film.

The pair co-star in the BBC‘s upcoming adaptation of Nancy Mitford’s The Pursuit Of Love, which traces the romantic adventures of the free-spirited Linda Radlett between the two world wars.

For his part, West appears as the bullying and eccentric Uncle Matthew. 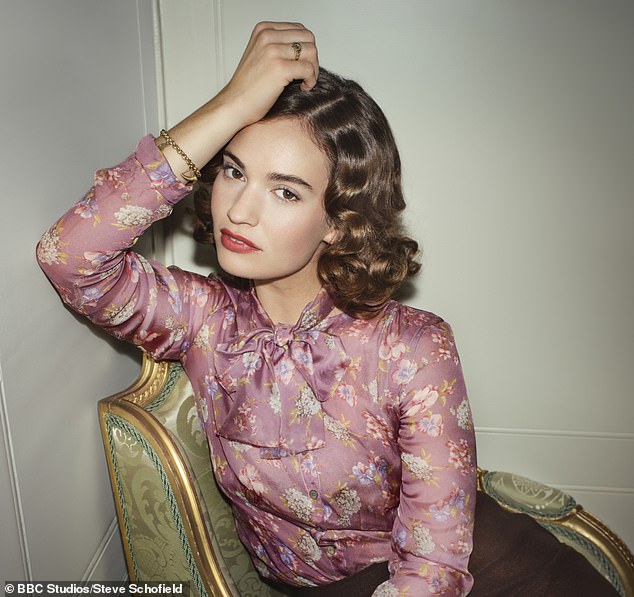 Actress Lily James, 31 has spoken in glowing terms about the appeal of the character Dominic West plays in their new film

In an interview with The Guardian published yesterday, but conducted before the dalliance in Rome, Ms James said she had known her co-star for ‘a really long time’ since they appeared together in a Shakespeare play a decade ago.

Speaking of his role in their latest venture, she added: ‘He’s a brilliant Uncle Matthew, another mad sort of character.

I have a great line in it where I say, ‘Matthew is frightening and I disapprove of him, but I feel he sets the bar for English manhood.’ What a great line.’

When the photographs of their holiday antics first emerged, West staged an awkward photoshoot at his Wiltshire mansion with his wife, the Anglo-Irish aristocrat Catherine FitzGerald. 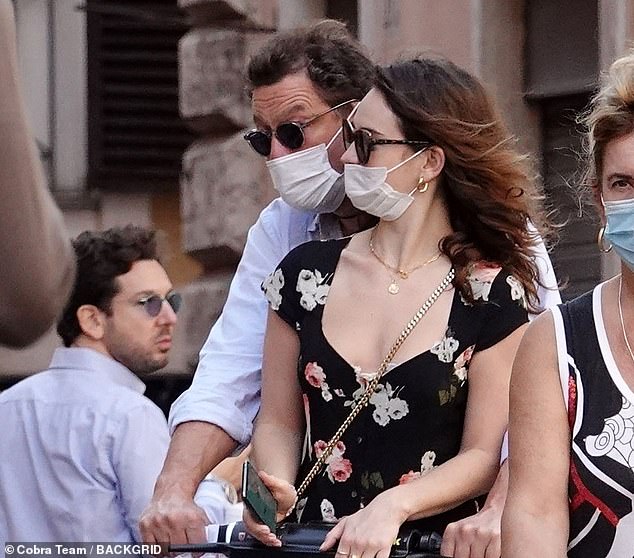 Lily James and Dominic West, 51, pictured together on a scooter in Rome earlier this month

The Wire actor, 51, later posted a handwritten note at the boundary of their property for photographers. It read: ‘Our marriage is strong and we’re very much still together. Thank you.’

Ms James, who last year split from former Doctor Who star Matt Smith, has since kept a low profile at her North London home.

In the interview, she says she spent the summer reading poetry and watching films.

Asked if she spent the time alone, she replied: ‘No comment.’