Lion king of the hill: British photographer captures beast towering over pile of bones in South Africa in scene that could be straight out of Hollywood film


Not to make any bones about it, you’d have to go a long way to find a better photo of a lion than this which could be straight out of a Hollywood film.

In the incredible snap, a 500lb male lion stood proudly atop a hill of carcass bones as he surveyed the landscape with the golden-hued sun rising behind him.

In another, a lioness and fellow male joined the bone hill king as they sniffed around the carcasses looking for any leftover scraps of meat. 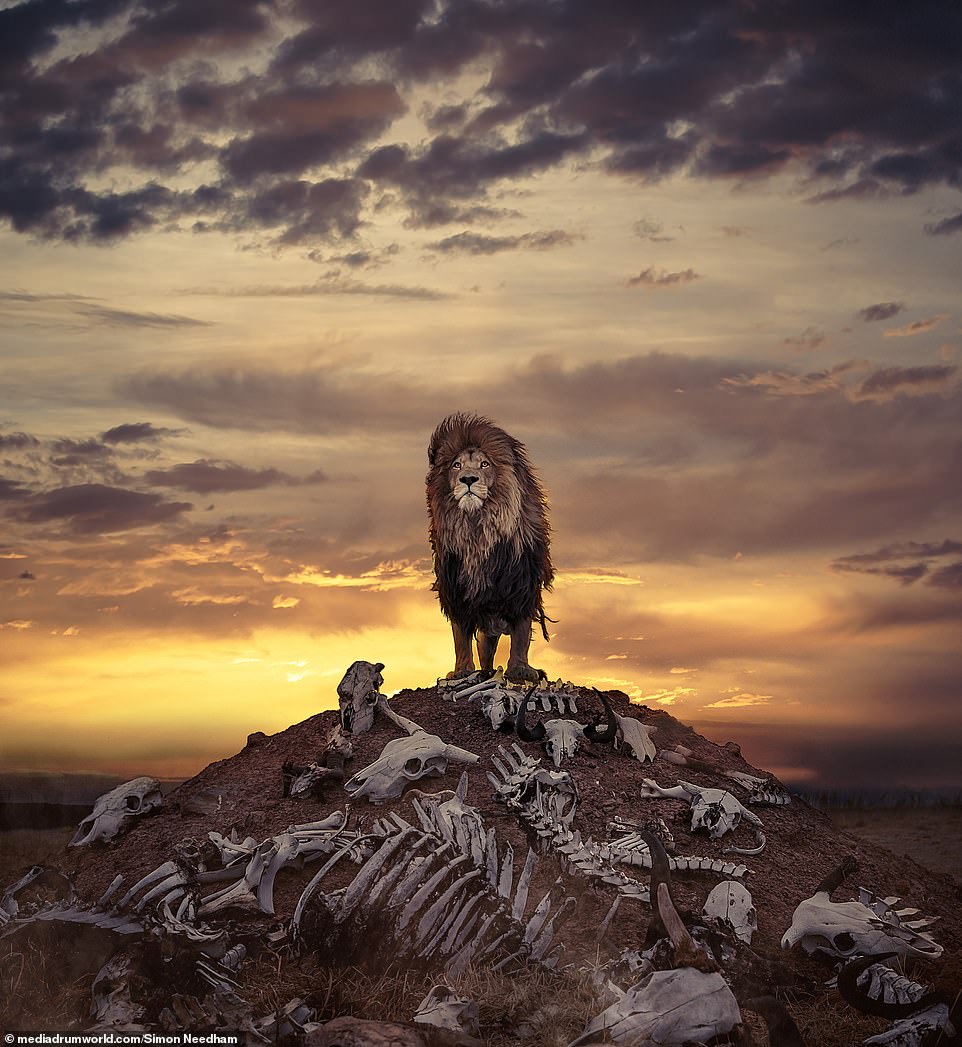 King of the hill: Photographer Simon Needham captured a 500lb male lion standing above a pile of bones as the sun rises 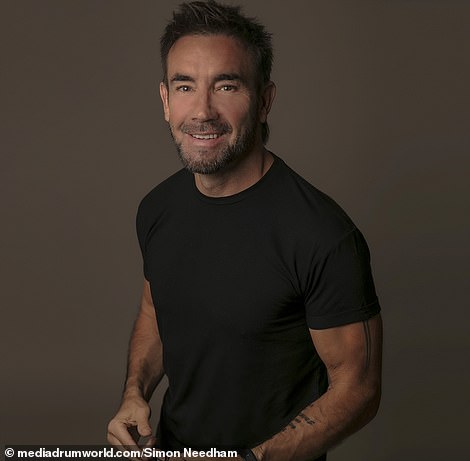 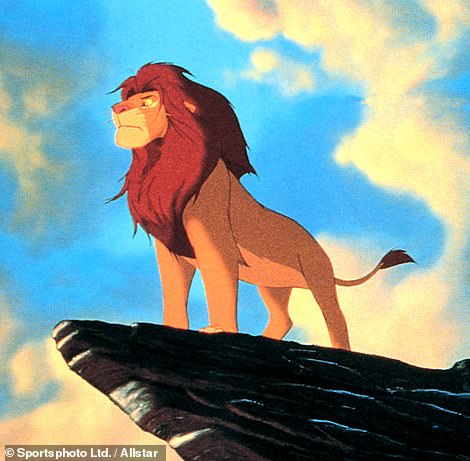 Simon Needham, left, captured the photo in South Africa of the 500lb lion in a dramatic pose resembling Simba from the 1994 Lion King film, right 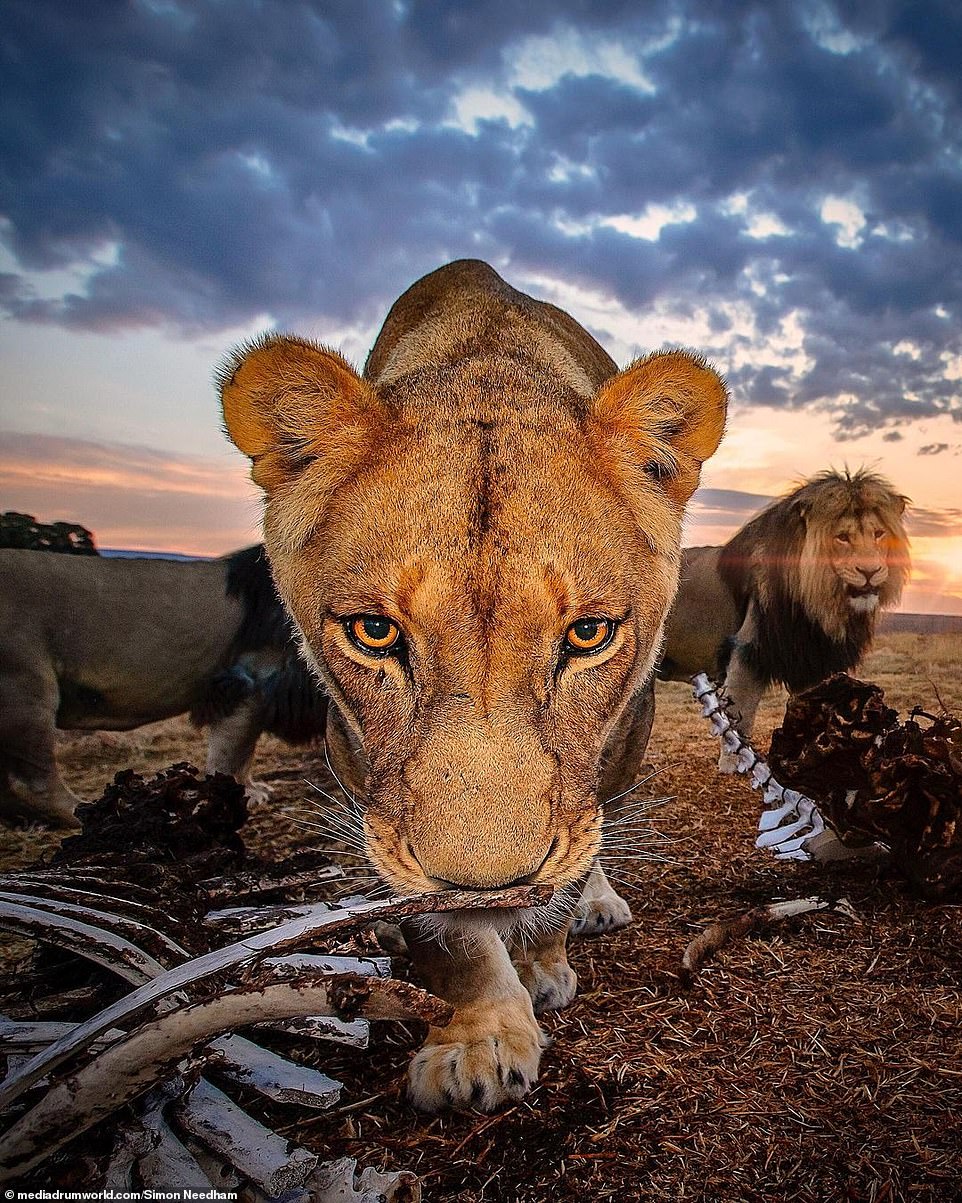 Simon, from Leeds, also got images of a lioness prowling through the carcasses of the pride’s recent meals at the reserve 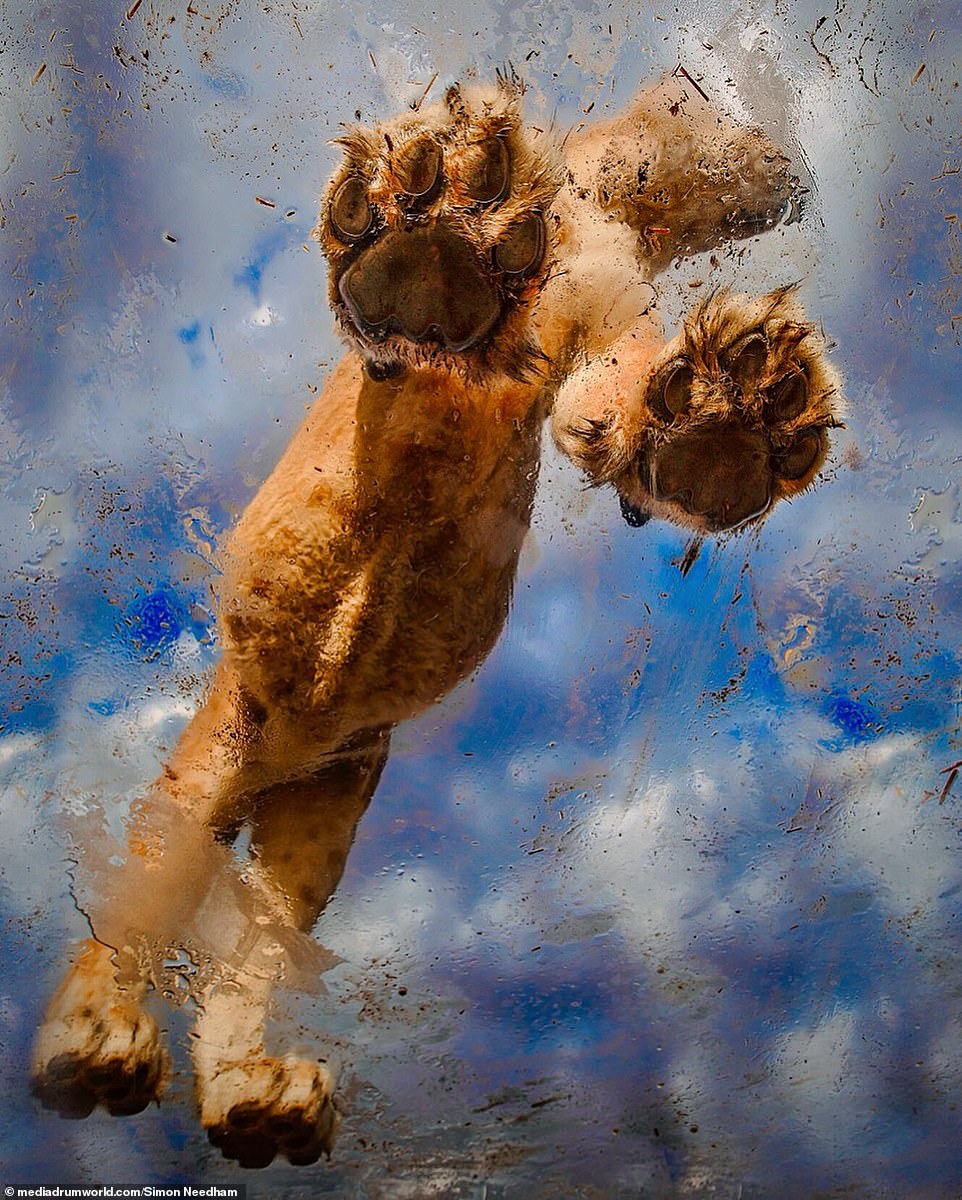 Simon isn’t afraid to get up-close and personal with the lions. Here one stands on the roof of his vehicle at the game reserve

The stunning photo was captured by photographer Simon Needham, 52, from Leeds, UK, whilst he was visiting the GG Conservation Wildlife Reserve and Lion Sanctuary, south of Johannesburg in South Africa. Simon stood just 30 feet away as he took the images using his Canon 1DX Mark II camera.

‘I’d been invited by GG Conservation to generate some marketing content for them. At their location they have a bone yard where all the animal carcasses are taken once the lion’s finish eating,’ Simon said.

‘One morning, I decided to hang there and was lucky enough to catch one large male lion as he stood on top of the bone hill overlooking his land.

‘He only stood there for a minute or so, but I was lucky enough to get a few shots before he moved on.

‘It was a very exciting moment and one I could have only dreamed of prior to going there that morning.

‘I see people interpreting the image in many ways, but I see it as the proud lion king surveying his land.’

Lions tend to hunt medium-sized prey including antelope, wildebeest, and zebras. They are ravenous eaters, and a male lion can consume up to 15 per cent of their body weight. On an average day, a male lion consumes around 15 pounds of food.

(Bloomberg) --Most Read from BloombergThe UK’s immediate descent from stability to crisis is threatening to expose the fragility of world attempts to crush inflation, increasing the specter of...

As shares plummet, markets have turn into a lot less susceptible to the Midas contact of "finfluencers." Spam action on social media is soaring as celebs and influencers...