Lionel Messi is compared to Michael Jordan by Argentina team-mate Willy Caballero… who says ‘machine’-like superstar can’t ‘accept losing’, just like the basketball legend, and is a ‘nightmare’ to play against

Lionel Messi has been compared to all-time basketball great Michael Jordan by his Argentina team-mate Willy Caballero, who also revealed that facing PSG’s newest superstar ‘is a nightmare’.

Goalkeeper Caballero has played alongside Messi on the international stage, having briefly become his country’s first-choice option between the sticks while in his late 30s, and is lucky enough to have seen him weave his magic.

Indeed, having witnessed Messi leave defenders in his wake in training and show off his determination to win at everything, Caballero has drawn similarities between him and the legendary Jordan, a six-time NBA champion. 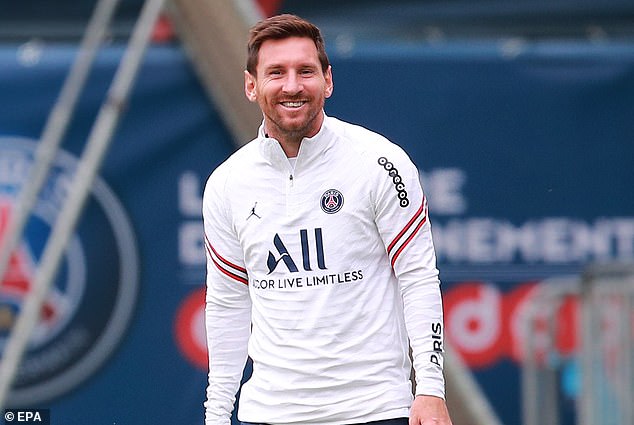 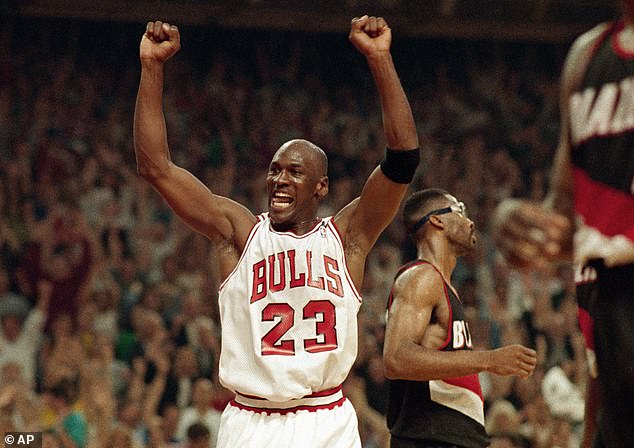 Jordan (above) won six NBA titles, and his desire to win everything has been likened to Messi’s

Jordan was recently the main subject of the award-winning Netflix documentary mini-series, The Last Dance, which charted the former Chicago Bulls man’s career with a particular focus on his last season there.

‘To play against Messi is a nightmare sometimes,’ Caballero told Goal. ‘Your team will be focusing on Messi and he creates space for other people then eventually the next person to appear is Messi.

‘I had the opportunity to train with him in a small game in the national team. He is a machine, even when he trains, he just wants to win. If you have seen The Last Dance with Michael Jordan, he is like that as he cannot accept losing.’ 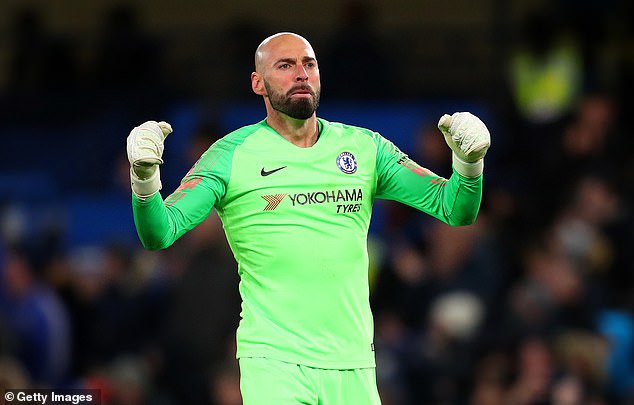 Caballero, formerly of Chelsea and Manchester City, was a team-mate of Messi with Argentina 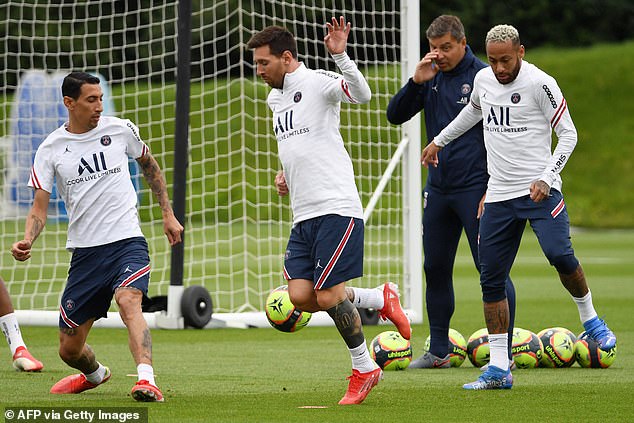 Messi (C) is gearing up to make his PSG debut, having emotionally left boyhood club Barcelona

Recalling one moment where Messi dazzled his way beyond an entire team before scoring during a warm-up match in the lead-up to the 2018 World Cup, Caballero has admitted he was often left in awe of the magician.

‘He doesn’t accept losing any single game so he is pushing you to win even a small game,’ he added. ‘I remember one day when we were training before the World Cup against Spain Under-23s.

‘In the build-up, he came to me to offer me a solution. I gave him the ball in our box and he ran with the ball at speed against 10 players and scored. Everyone was thinking, “what?!” We saw Messi in the best level possible before the World Cup.

‘We were in shock and it was incredible. Sometimes you don’t see that as teams are really focused on Messi and putting four or five players against him. It is incredible. He is the best player in the world for sure.’ 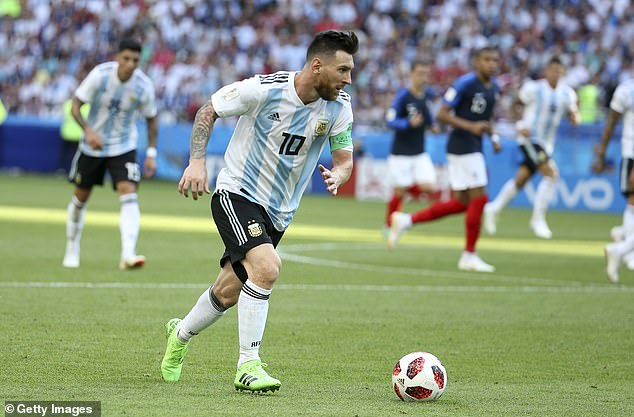 Caballero has also spoken about the ground-breaking move Messi made when heading to Paris following his emotional departure from Barcelona. The 34-year-old was unable to sign a new deal, having left as a free agent.

‘Now I can see that he is very happy but the days before were really tough,’ Caballero said, having watched on – along with the rest of the football world – while Messi broke down in his farewell press conference. 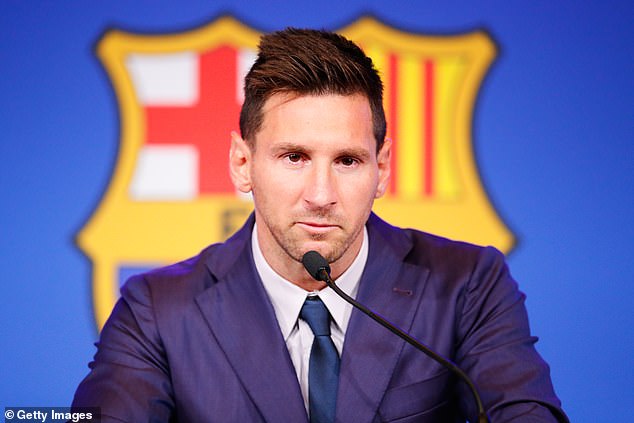 Messi burst into tears at his farewell press conference in Spain, and Caballero sympathised

‘There’s also [Sergio] Kun Aguero as they are really close friends who played in the national team and they wanted to play in the same team again. I believe this news shocked a lot of people in Barcelona.

‘I felt sorry for him and his family too. Still, it is good for Leo to try a new league. It is good to show that he can still do it and do what he has done in Barcelona.’

Messi will be forced to wait to make his debut for PSG, however, having been left out of their squad for tonight’s Ligue 1 fixture at Brest. He joined the club last week, but is still working his way back to full fitness after his summer break.

NBA: Antetokounmpo activates his most beast version to destroy the Lakers: 47 points and 78% accuracy

NBA: Antetokounmpo activates his most beast version to destroy the Lakers: 47 points and 78% accuracy