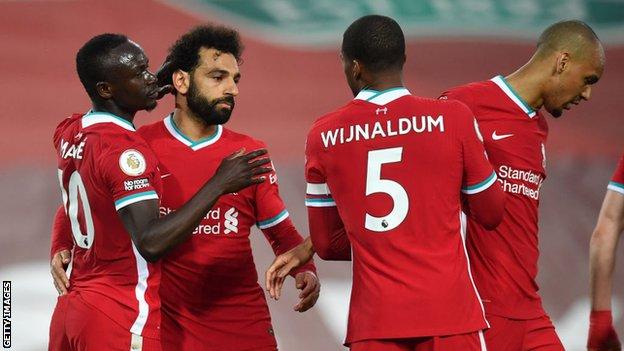 Newcastle United beat the Foxes 4-2 on Friday and Jurgen Klopp’s men took full advantage by moving within six points of the top four with four games remaining – while Leicester have three.

Alisson gifted Southampton a chance to equalise late in the game when he passed straight to Che Adams, but the Brazil goalkeeper made amends by saving the Scotland striker’s shot.

Spain midfielder Thiago Alcantara then scored his first Liverpool goal in stoppage time to hand Klopp his 100th win at Anfield in all competitions.

Southampton are still not safe from relegation but their Premier League status could be secured when West Bromwich Albion and Fulham play later this weekend.