Liverpool ahead of Milan with the goal of Arnold and Assist Mohamed Salah .. Video 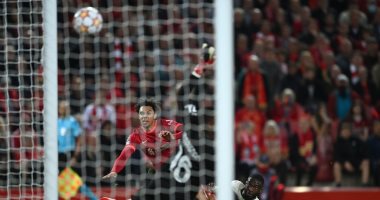 Trent Alexander-Arnold scored Liverpool’s first goal against AC Milan, in the ninth minute, in the match between the two teams at “Anfield”, in the first round of the second group stage of the Champions League group stage, making the score 1-0 for the Reds.

Arnold scored the goal after receiving a pass from Mohamed Salah to launch into Milan’s defenses and hit a powerful ball into the goal.

The Egyptian star, Mohamed Salah, is at the head of the Liverpool squad in today’s meeting, while the Brazilian Roberto Firmino is responding to the Reds due to injury, while the Swedish Zlatan Ibrahimovic is the most prominent absence of Milan.

Noah Vonleh will play in China