Liverpool documents the crowds’ march to the “Island Road” stadium before the Leeds meeting.. Video 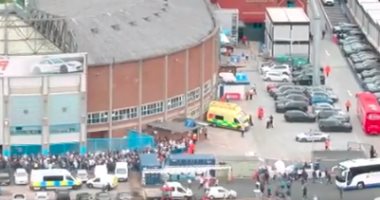 The official page of the English club Liverpool documented, its fans crawled to the Island Road stadium, to support its team before the Leeds match, which is scheduled for five thirty in the evening today, Sunday, “in the fourth round of the Premier League competitions.

And the official page of the Reds, via Twitter, published a video of a drone camera around the stadium, documenting the moment the players arrived at the stadium and some shots of the fans before they entered the stadium.

Liverpool enters the match tonight and has 7 points collected from two victories and one draw, occupying seventh place, while Leeds has two points from 3 matches, where it tied two matches and lost one match, occupying the seventeenth place.

The numbers of Mohamed Salah vs Bamford during the 2021/2022 season are as follows:

A girl with Down syndrome gives the Queen of Britain a painting and is surprised by her response.. Pictures

7 golden tips to de-stress, most notably helping others

7 golden tips to de-stress, most notably helping others