Liverpool fans have laid into manager Jurgen Klopp after he named a strong side for their dead rubber in the Champions League on Wednesday night, despite his complaints about scheduling.

The coronavirus pandemic has meant this season is jam-packed with fixtures as the football calendar tries to catch up from football’s shutdown earlier this year while Liverpool have been ravaged by injuries so far this season.

But Klopp has been fiercely critical of the Premier League and their broadcasting partners in recent weeks over a perceived lack of fairness in the scheduling of Liverpool’s matches. 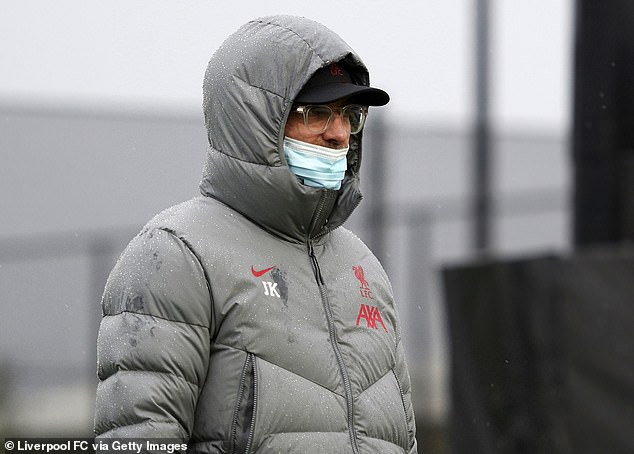 However, sympathy for Klopp quickly evaporated on Wednesday night as the German named a strong side for the Reds’ European clash against Danish side Midtjylland.

Liverpool secured their place in the knockout stages last week with victory over Ajax and cannot be caught at the top of the group.

But Klopp started with Trent Alexander-Arnold, Fabinho, Naby Keita, Mohamed Salah and Diogo Jota, even though it would have been an ideal chance to rest his star names.

Fans were furious with Klopp’s selection on social media after the team had been announced, with one calling the decision ‘criminal’.

@benjaminlfc tweeted: ‘Absolute criminal for Klopp to complain about congestion etc. for him to field Fabinho, Salah and Jota in fact I’d go as far as saying the same for Kelleher as well even if Alisson is to be fit for the weekend’.

@Thejanitor14 was of the same opinion, posting: ‘There is no logical reason for Salah, Fabinho or Trent to start this match with 3 PL games in a week coming up and then Christmas.

‘Jota maybe if he’s on the bench next Sunday and Trent as a sub to get some game time’.

‘Don’t be complaining about the fixture list if we’re gonna start 5 key players in a meaningless game’, added @Thiagoat6_v2.

@_shivam99 wrote: ‘Why risk Mo, Fab and Jota for a pointless game? Understand the inclusions of Naby x Trent to gain fitness’.

Alexander-Arnold and Keita both returned to action on Sunday night in the win over Wolves after injury concerns. 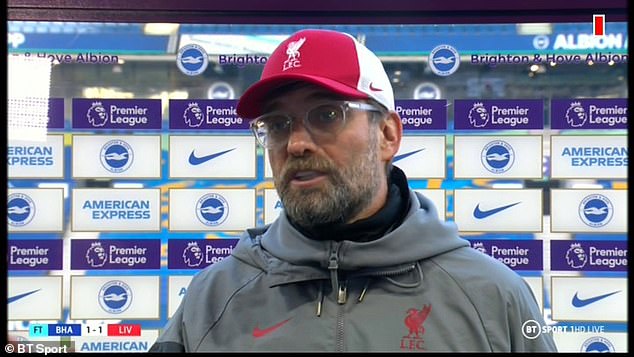 The right back, 22, was named as the Liverpool captain for the game in Denmark.

One benefit for Klopp in European games is that he is able to make five substitutions in the match, something he has been calling for in the Premier League.

The Reds have suffered a major injury crisis with a host of first team regulars missing over the first few months of the season.

A furious Klopp engaged in a war of words with BT Sport reporter Des Kelly after Milner was forced off with an injury in their 1-1 draw at Brighton last month as he once again blamed broadcasters for their fixture pile-up this season.

Brexit: What will happen in Northern Ireland?