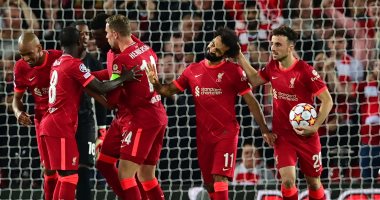 The fifth round of the English Premier League will witness strong confrontations today (Saturday), as the Egyptian star Mohamed Salah will host his Crystal Palace counterpart at 4:00 pm, at the “Anfield” stadium.

Liverpool, led by Jurgen Klopp, is playing today’s match with high spirits after a series of good results during the last period, whether in the Premier League or the Champions League, the latest of which was the victory over AC Milan by three goals to two in the exciting match that brought the two teams together at “Anfield”, in the first round of the group competitions. The second round of the European Championship group stage.

Salah consolidated his position as the second best scorer of the African continent in the English Premier League with 100 goals, becoming only 4 goals away from the equation of Ivorian Didier Drogba, the former Chelsea star and the owner of the 104 goals in which he is currently the top scorer of the brown continent throughout history in the Premier League.

Salah entered the history of the English Premier League, after he scored 100 goals in the tournament, after scoring a goal in the last Leeds United match, to be the fifth fastest player to achieve this achievement and the 30th player in general on the list.

On the other hand, Crystal Palace seeks to achieve victory in this match, armed with high spirits, after achieving its first victory this season in the last round against Tottenham Hotspur with three clean goals.

Liverpool occupies third place on the table with 10 points, equal with leaders Manchester United, runners-up Chelsea and fourth Everton, with the same points, while Crystal is in the eleventh place with 5 points.