The Mayor of Liverpool has slammed ‘Saint’ Rishi Sunak‘s new furlough scheme as ‘not generous’ and accused him of treating the North of England with ‘disdain’.

Under furlough mark two, workers can claim two-thirds of their wages up to £2,100 from the UK Government if coronavirus restrictions require their employers to pull down the shutters.

But Mayor Joe Anderson today blasted the scheme for not going far enough, and criticised it for being lower than the previous bail-out package.

Gateshead Council Leader Martin Gannon echoed his concerns, warning many people working in pubs, bars and restaurants – which are likely to be asked to close – will struggle to ‘put food on the table’ with just two-thirds of their wages.

It comes amid reports the scheme could cost the Treasury £2.4billion in six months, on top of the billions spent during the national lockdown. 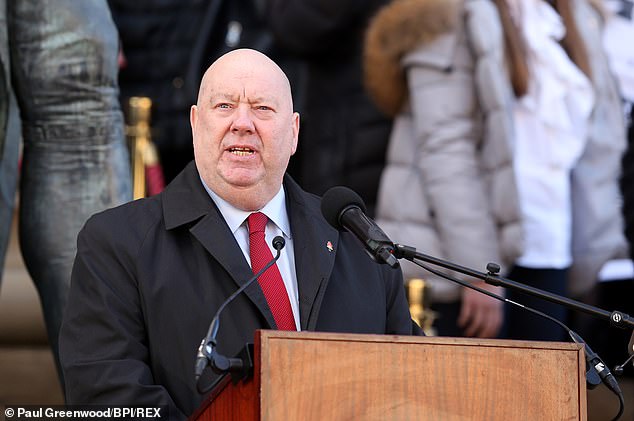 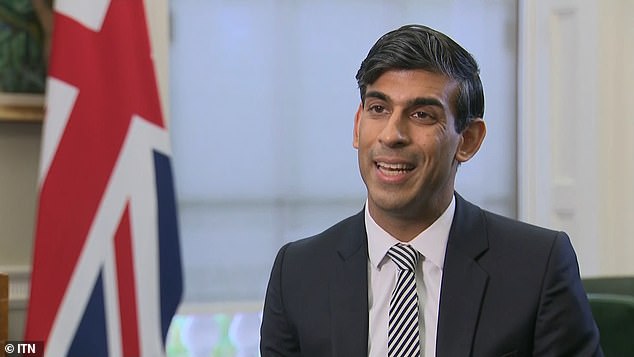 Rishi Sunak announced furlough mark two yesterday, where employees can claim up to two-thirds of their wages from the UK Government if their business is asked to close

Hammering the Government for not going far enough, Labour party member Anderson told the Today programme: ‘(The new furlough scheme) is not generous at all, it is indeed lower than the previous furlough scheme that was introduced.

‘I just wonder that if this was in Southern areas of the country, or in London, whether  it would be at this level and not at a different level.

‘We feel, I feel personally, that the North is being treated with disdain by this Government.

‘But I guess, when you look at it, it’s better than nothing and the pressure that we’ve put on the last few weeks demanded some local furlough scheme. At least it’s now being heard’.

He warned the city would likely be plunged into a ‘tier-three’ lockdown under plans to be announced by Boris Johnson on Monday.

This would see the closure of pubs and bars, he said, but restaurants would be allowed to stay open until 10pm.

Liverpool’s infection rate spiked 116 per cent in the last week, according to figures compiled by Public Health England, rising from 239.3 to 517.4 cases per 100,000 people. 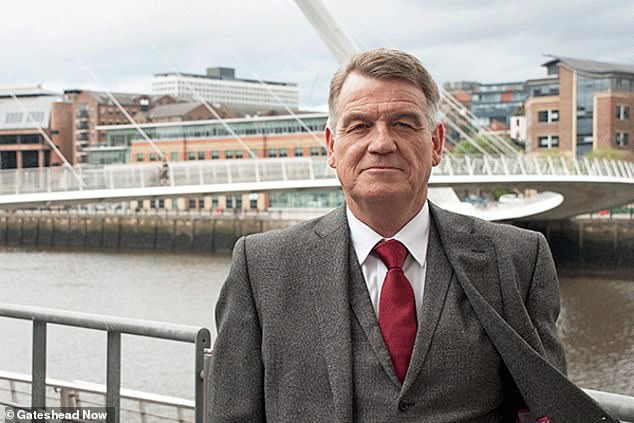 His words were echoed by Gateshead council leader Martin Gannon, who warned families would ‘struggle’ to put food on the table with the payments

Labour council leader Gannon, who represents Gateshead in the North East of England, warned this morning the new furlough would fail to help families.

He told the Today programme: ‘I know people who work in the hospitality sector and even on full pay they struggle to put food on the table for their families.

‘They’re not going to obey the law on the basis of two-thirds of their salary.’

He said in a call with Number 10, attended by 40 other leaders in the North East but no Government politicians, he asked for there to be no further restrictions imposed on the region.

‘We’re opposing further restrictions in the North East on the basis of the scientific evidence,’ he said.

‘We have evidence in the region – there is a spike in students but if you take the students out – even in central Newcastle and central Gateshead – we’re beginning to see a reduction in the number of new cases.

‘So our argument is that even with the mixed messaging, even with the confusion and frustration, the measures that are in at the moment are beginning to work.

He pleaded: ‘Work with us, give us more time, help us to win confidence and persuade people – those really good people in Newcastle who want to do the right thing.’ 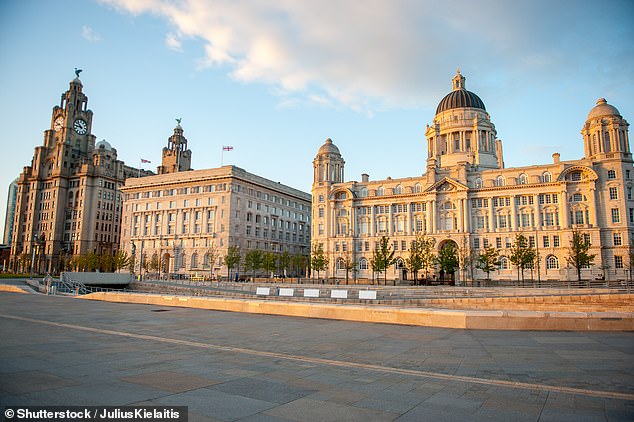 Liverpool has seen cases skyrocket in recent days, resulting in the imposition of local lockdown measures

If the hospitality sector is closed under the to be announced ‘three-tier’ lockdown system, think-tank The Resolution Foundation predicts 444,000 hospitality employees would qualify for the scheme.

This could cost the Government £2.4billion over six months they predicted, before it is reviewed again in January.

In the scheme, employers will still be required to meet the cost of national insurance payments and pension contributions. There will also be more grants available up to £3,000 a month, payable in two-week installations.

A retaliatory confrontation with Salah against Ramos .. Who will prevail this time?

Kevin Huerter, the third-year player from Maryland, became the unlikely hero in Game 7 that sent...