Jurgen Klopp has received a much-needed boost with the reported news that Fabinho’s hamstring injury suffered on Tuesday is not as severe as first feared.

The Liverpool makeshift centre-half was forced from the pitch after half-an-hour in the Reds’ win against Midtjylland, worsening an already serious defensive injury crisis after Virgil van Dijk‘s long-term ACL injury.

But concerns amongst the Liverpool staff that the Brazilian had suffered a grade-three tear, which could keep him out up for up to six months, were eased after a scan on Wednesday showed a grade-one or grade-two tear, according to The Mirror. 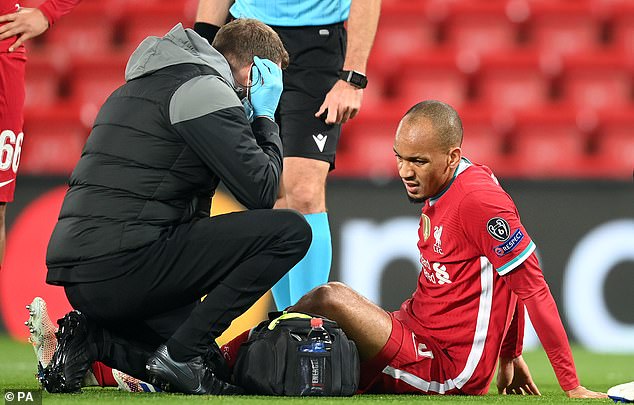 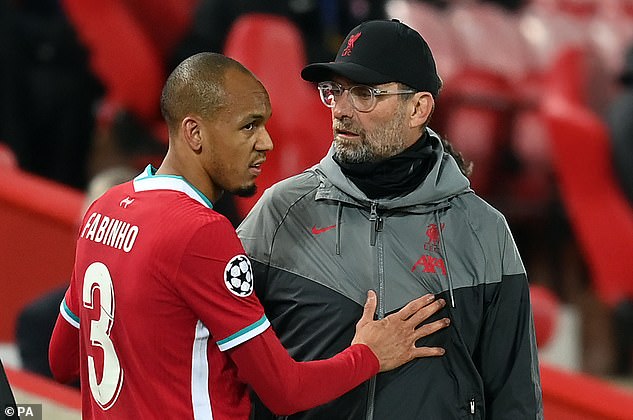 The report details that as a result of the diagnosis, there is optimism that Fabinho could be back after the November international break, meaning he would miss just three games.

Until then though, Klopp will have to cope with a shortage of options at centre-half, with Joe Gomez the only fully fit senior player currently available who naturally plays in that position.

Joel Matip is returning to full fitness but is unlikely to be risked for the Premier League clash with West Ham at Anfield on Saturday. 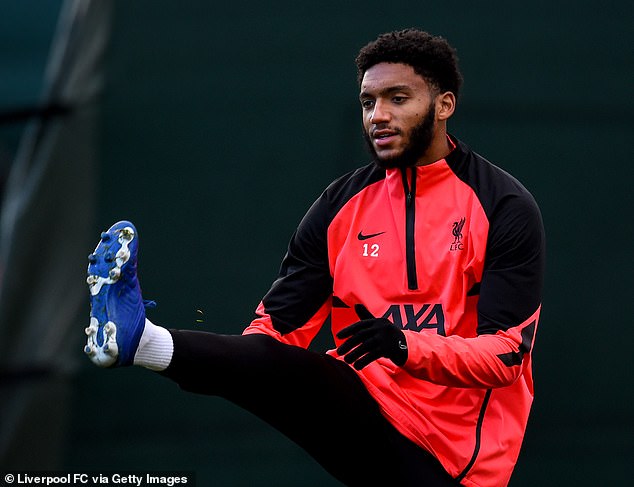 As a result, 23-year-old Nat Phillips could be drafted in to make his top-flight debut for the Reds.

Klopp admitted on Tuesday night that the injury to Fabinho, filling in at centre back, was ‘exactly the last thing we needed.’

‘I don’t know… I know he felt a hamstring and that’s not good,’ Klopp added.

‘[He] didn’t feel it that much, [he] said he could have played on but no sprints anymore which doesn’t help in that position obviously.’ 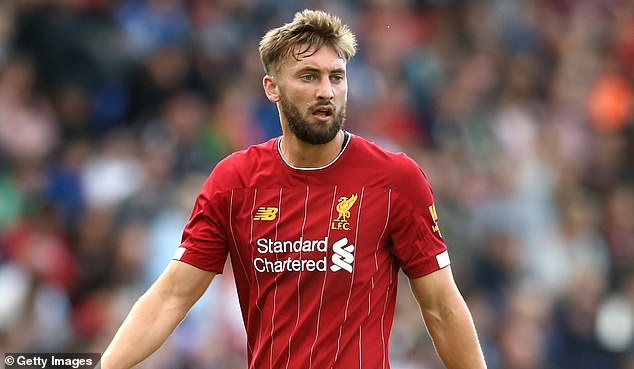 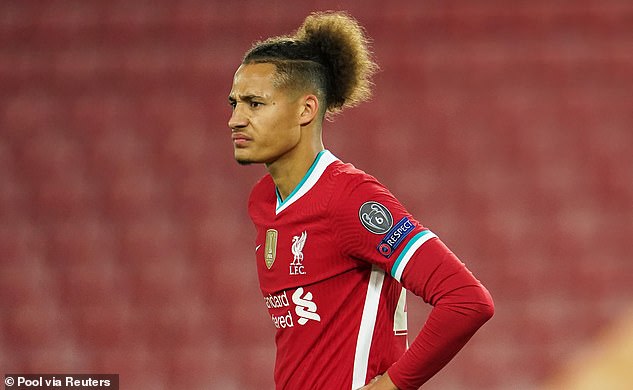 Rhys Williams, 19, came on for Fabinho on Tuesday and kept a clean sheet alongside Gomez

Teenager Rhys Williams came on for Fabinho in the Champions League on Tuesday and performed admirably but Klopp may opt to start the slightly more-experienced Phillips for the clash against the in-form Hammers.

Phillips spent the majority of last season playing in the Bundesliga, for VfB Stuttgart.

After the West Ham game, Klopp has to manage difficult trips to Atalanta in the Champions League and Manchester City in the Premier League before the two-week break for internationals.