Liverpool‘s injury woes have taken another turn for the worse after versatile star James Milner was forced off against Brighton.

The 34-year-old, who has been forced into a wide range of positions due to the club’s mounting list of absentees, was himself the victim of an apparent strain this weekend.

Milner went down seemingly holding his hamstring in the 73rd minute of the clash on the south coast. 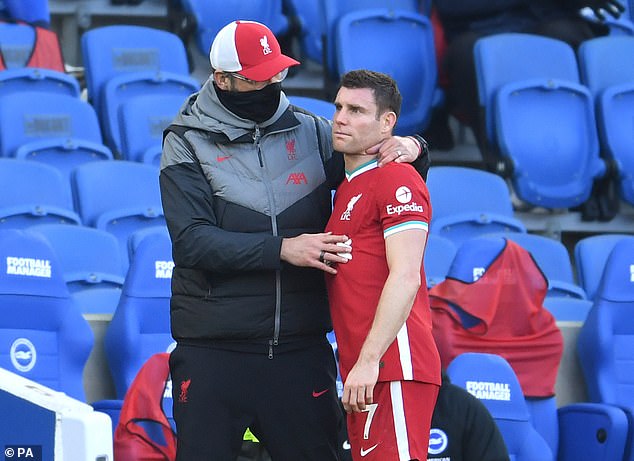 Jurgen Klopp has made his disapproval clear with his team’s hectic fixture scheduling in recent days – and Liverpool have been rocked by an ever-increasing number of players consigned to the treatment table.

Key stars Virgil van Dijk, Trent Alexander-Arnold, Joe Gomez and Fabinho have all been sidelined this season, with the towering Dutchman facing a race against time to be fit before the end of the term.

Shoppers: Why not save money with a refurbished Samsung Galaxy smartphone, Apple iPhone or laptop?

Cyber Monday is around the corner. Are there any deals left?

Melbourne: Driver, 46, crashes through safety barrier and gets car stuck between two storeys

Donald Trump is $1bn in debt, an impeachment trial is due next week, criminal charges are possible

The Centers for Disease Control and Prevention (CDC) has quietly updated its guidance on how late...