Long Covid could become a bigger public health issue than excess deaths, academic warns, as figures show 10 per cent of coronavirus patients suffer symptoms for more than a month after infection

So-called ‘Long Covid’ – which causes victims to suffer symptoms months after falling ill with the virus – could be a bigger public health problem than excess deaths, an academic has warned.

It comes as a new report by King’s College London revealed that around 10 per cent of coronavirus patients who took part in its survey showed Long Covid symptoms such as breathlessness and chronic fatigue for a month after infection.

As many as two per cent were still experiencing such symptoms after three months.

In a report from Tony Blair Institute of Global Change, Tim Spector, Professor of Genetic Epidemiology at King’s College London, warns Long Covid could become a bigger public health issue than excess deaths due to Covid-19.

The professor has pointed the statistics showing that Long Covid is most prevelant in women in their 40s, while deaths due to coronavirus are most among the elderly.

The report calls on the government to raise awareness of the issue.

The authors of the paper, titled Long Covid: Reviewing the Science and Assessing the Risk, say they believe awareness campaigns ‘would help drive compliance with containment measures such as the use of masks’.

So-called ‘Long Covid’ – which causes victims to suffer symptoms months after falling ill with the virus – could be a bigger public health problem than excess deaths, an academic has warned. Pictured: Library image of a woman wearing a mask

In the report’s foreword, Professor Spector said that in the first few months of the pandemic, little attention was paid to the infected population who were not sick enough to go to hospital, who made up 99 per cent of cases.

He said it turned out that Covid-19 was not just a bad flu, but in many people it behaved more like an autoimmune disease, affecting multiple systems in the body.

Prof Spector said the app launched in March by his group at King’s College London and the health-science company ZOE to capture the wider range of symptoms people were experiencing received data from more than 4 million people. 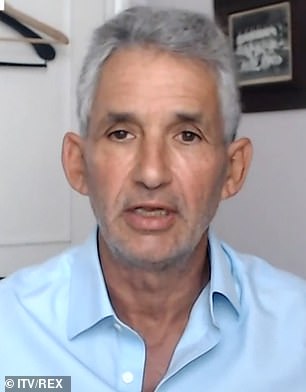 Researchers learned that ‘a great many people didn’t get better after two weeks as expected’, Prof Spector said, adding: ‘We kept following them and found out that a significant number still had problems after months.

‘This is the other side of Covid: the long-haulers that could turn out to be a bigger public-health problem than excess deaths from Covid-19, which mainly affect the susceptible elderly.’

The report said the King’s College study indicates around 10 per cent of those taking part in the survey had symptoms of long Covid for a month, with between 1.5 per cent and 2 per cent still experiencing such symptoms after three months.

The authors said these appear to be the most reliable statistics on which to base a rough estimate of the scale of long Covid in the population, adding that while there is no clear evidence about prevalence in asymptomatic cases, it is likely

to be lower than these percentages.

The report said long Covid seems rare in those under 18 and over 65, with higher prevalence among those of working age.

The median age of those affected is 45 and it affects women more than men. 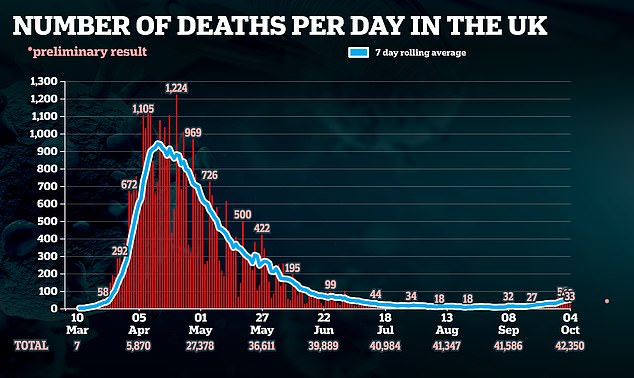 ‘As Professor Spector says, long Covid is likely a bigger issue than excess deaths as a result of Covid, but, crucially, the risk must be considered alongside the economic impact and other health impacts linked to Covid restrictions,’ the paper concluded.

Among their recommendations, the authors suggest further studies, awareness campaigns and mass testing to help with diagnosis.

Daniel Sleat, co-author of the report, said: ‘While long Covid poses a significant risk, it must be assessed alongside the wider impacts of Covid restrictions, both in economic and health terms, as governments determine their next steps on containment measures to avoid a full lockdown.’

ON THE ROAD: Catastrophe is just around the corner for a lot of EFL teams, warns Rochdale chief