Loophole exploited by criminals to use antique guns in crimes will be closed in move that will make 26,000 firearms illegal

A legal loophole exploited by criminals who use antique guns in crimes is set to be closed – making 26,000 firearms illegal.

Seven types of ammunition will no longer be classed under the ‘antique firearm’ category, meaning guns that use them will need a special licence.

The legal exemption had been designed to allow collectors and dealers to trade in old firearms, but it was exploited by criminals and six deaths have been linked to antique guns since 2007. 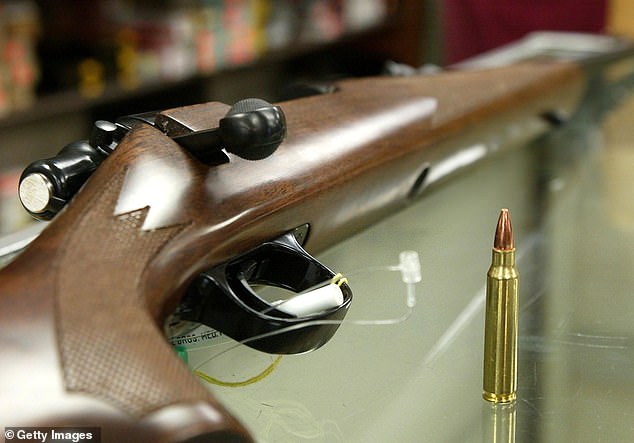 A legal loophole exploited by criminals who use antique guns in crimes is set to be closed – making 26,000 firearms illegal (file image)

There has been a sharp increase in the number of antique firearms seized from crime scenes in recent years, according to National Ballistics Intelligence Service data.

Closing the loophole will make it easier for police to clamp down on rogue dealers such as Paul Edmunds, 69, who turned his village home in Gloucestershire into a munitions factory linked to more than 100 crimes including three murders.

Edmunds was found guilty of conspiracy to supply firearms and ammunition in November 2017 having supplied a banned Colt pistol in a fatal nightclub shooting in London and ammunition used in two killings in Birmingham.

Many of his guns, including a 19th century St Etienne and Smith & Wesson, were brought to the UK legally as collectors’ items and could be classed as antiques because they were more than 100 years old and used ammunition no longer available.

Policing minister Kit Malthouse said it was vital dangerous weapons do not fall into the wrong hands. 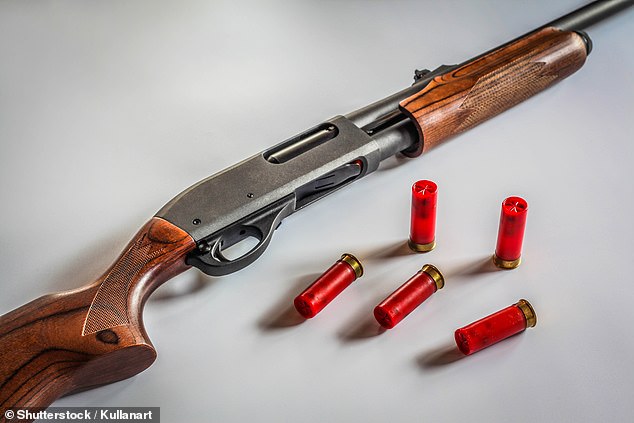 Seven types of ammunition will no longer be classed under the ‘antique firearm’ category, meaning guns that use them will need a special licence (stock image used)

‘The UK has some of the toughest gun laws in the world – we will do everything in our power to make sure it stays that way,’ he added.

Existing owners of the guns that will be affected by the regulations can apply for a firearm certificate and can also sell or deactivate the weapons ahead of the law change.

The maximum sentence for the unlawful possession of a firearm is five years imprisonment.

Transgender woman, 26, crowned Miss New Zealand - despite being disowned by her family