Lost 60% of its value after sanctions By Investing.com 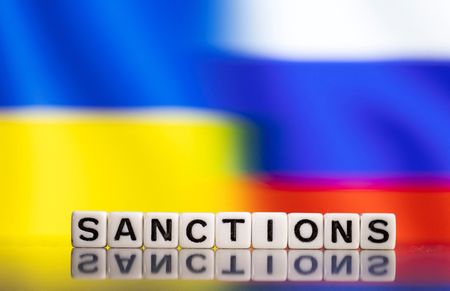 Investing.com – The fall of the , the Russian currency, deepened further today, after Fitch downgraded its debt rating to “C”, that is, “junk” titles, which implies a high probability of “default”. Also, JPMorgan (NYSE:) and Bloomberg LP removed Russian assets from their indices.

The currency depreciated 7.6% today, when the dollar cost 137.50 rubles. Since the United States and Europe applied sanctions, the currency has suffered a 60% drop; on February 27 rubles were paid 83.53 per dollar.

In effect, the measures have hit the Russian economy hard, excluding several banks from the Swift international banking system, prohibiting imports of Russian from the United States, and freezing part of the assets abroad, which directly affects international reserves and thus the backing of the ruble.

Russia’s international reserves are estimated at $640 billion. It is estimated that at least half is affected by the sanctions.

The Russian central bank temporarily banned banks from selling cash to citizens without foreign currency accounts, and exchange controls were put in place to prevent foreigners from selling or collecting payments on local securities.

“The ruble can only weaken; Russian markets will have to deal with the price of illiquidity, trade and financial sanctions,” Ray Choy, head of economics and research at financial advisory firm Opus Asset Management, said in a Bloomberg report.

Russia’s central bank also decided to drastically raise its interest rate to 20% so that the currency would suffer less and to avoid bank runs.

Elena Branson, the Russian-American accused of being an illegal agent

Elena Branson, the Russian-American accused of being an illegal agent