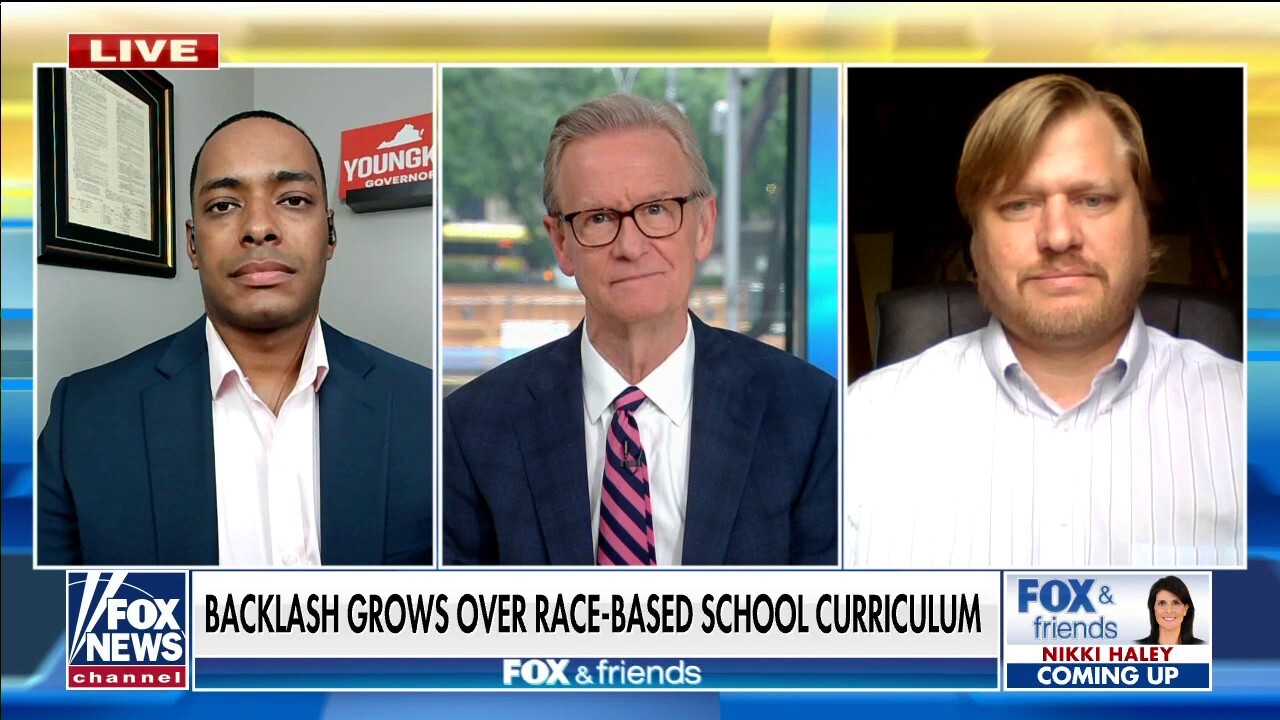 
Over the weekend parents and teachers in Loudoun County, Virginia rallied for “education, not indoctrination” and spoke out against “Critical Race Theory” from being taught in schools. Loudoun County teacher Jeremy Wright joined “Fox & Friends” on Monday to discuss his worries about the impact the curriculum will have on students and the school.

“As scary as it is, I’m speaking for other people, not for myself, and I think that that’s what made me come forward is that—I’m worried about what this will do to our culture at the schools, and how this will affect my future students, so I had to speak up,” he said.

Wright added that this isn’t what he signed up for when becoming a teacher.

Loudoun County parent Joe Mobley expressed his support for teachers, parents, and students who are fighting back against CRT.

Last week, local mom Xi Van Fleet, a survivor of China’s decade-long cultural revolution who immigrated to the U.S. in her 20’s, excoriated the school board during a public meeting and compared CRT directly to Mao Zedong’s purge of anyone and anything deemed “counterrevolutionary” by the Chinese Communist Party.

“To me, and to a lot of Chinese, it is heartbreaking that we escaped communism and now we experience communism here,” she told Fox News Wednesday.

Host Steve Doocy noted that Fox News has reached out to Loudoun County school district for comment but have not received a response.

“We did reach out to this Loudoun County school district for a statement, and you know what, they haven’t gotten back to us. Will they? If they do, we will let you know,” Doocy said. “I’m not going to hold my breathe.”