‘Every body is a bikini body’: Love Island’s Malin Andersson promotes body positivity as she slips into a chic grey swimsuit during Dubai getaway with her friends

By Roxy Simons For Mailonline

She’s a body confidence advocate who is widely followed for helping her social media followers accept their imperfections.

And Malin Andersson showed off her killer curves as she enjoyed a day at the beach with her friends during her trip to Dubai as she took a break from her work commitments on Saturday.

Posing for a photo with her gal pals at the beach, the Love Island star, 28, declared that ‘every body is a bikini body’ as they showed off their sensational figures in a variety of swimwear. 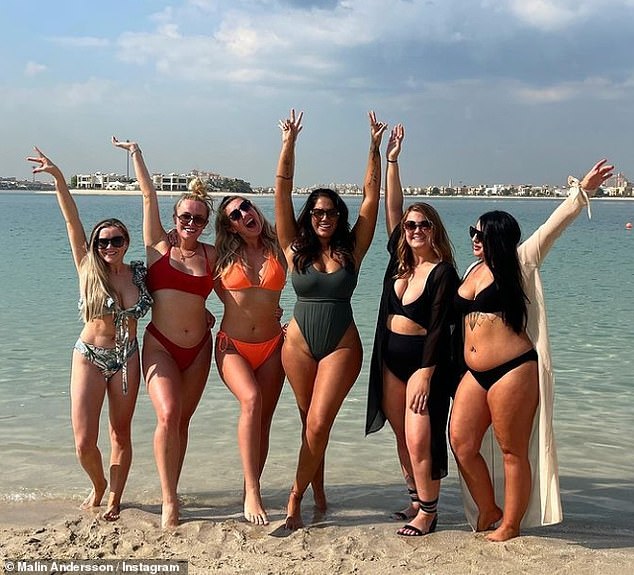 Malin looked stunning in her plunging grey swimsuit that was cut high on her waist to accentuate her legs.

Sharing a closer look in a mirror selfie, the reality star held her hand to her hip as she showed off the form-fitting ensemble.

Her brunette locks were styled into loose waves that cascaded over her shoulders, and she accessorised the look with aviator shades.

After their outing to the beach, Malin changed into a pair of racy red lingerie and flaunted her figure in a boomerang video she took alongside her friend. 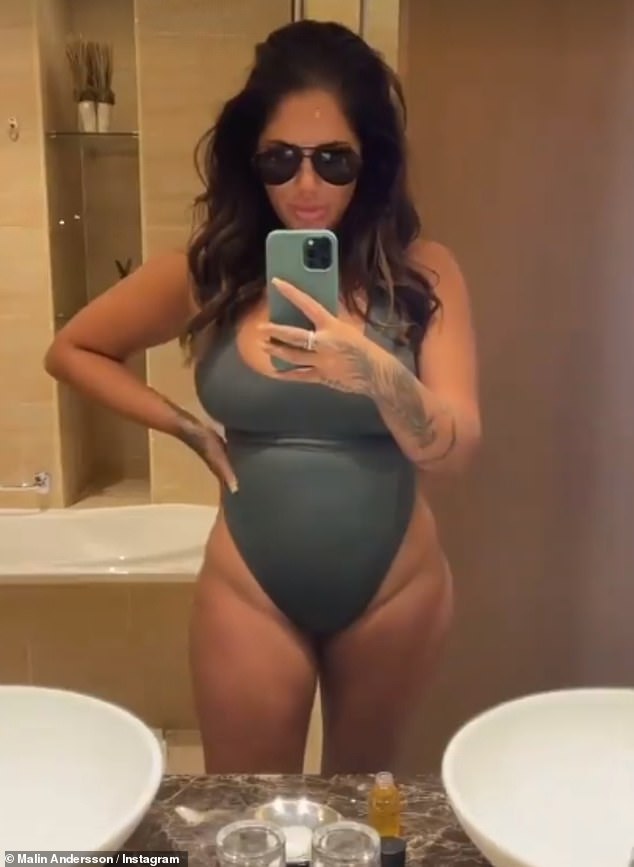 Beach babe: Malin looked stunning in the swimwear that was cut high on her waist to accentuate her legs 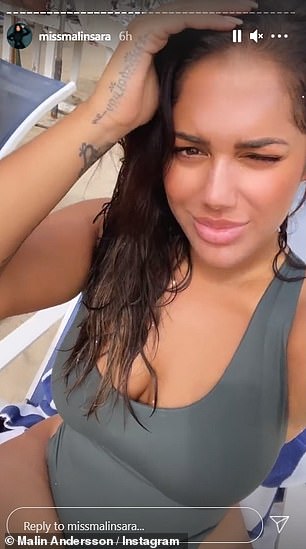 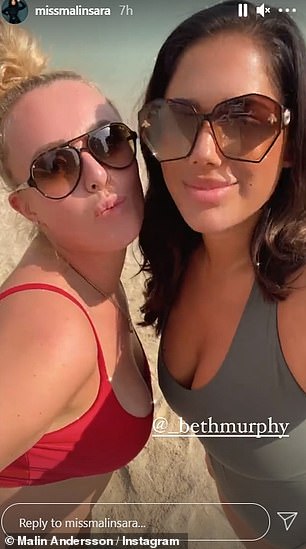 Glamorous: Her brunette locks were styled into loose waves that cascaded over her shoulders 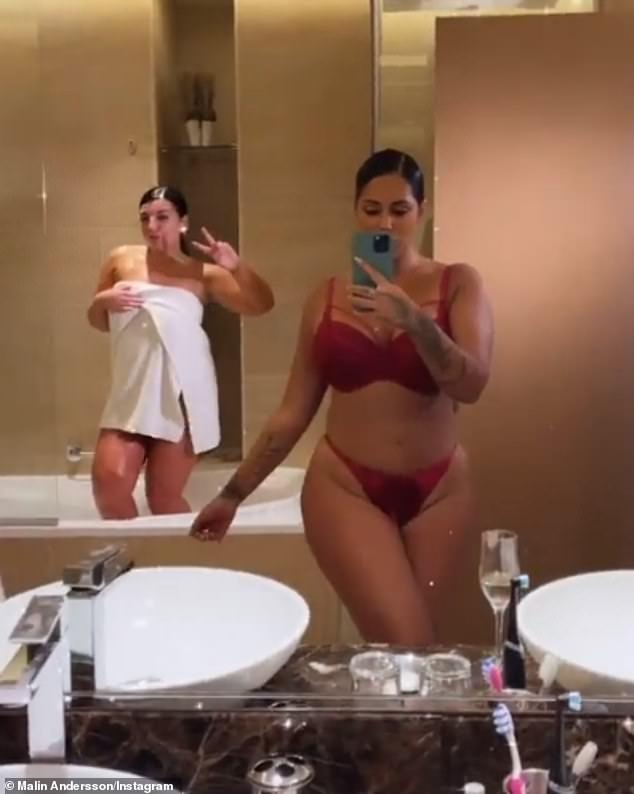 Red hot! After their outing to the beach, Malin changed into a pair of racy red lingerie and flaunted her figure in a boomerang video she took alongside her friend

Earlier this month, the TV star documented her two-day trip to Dubai for her work commitments.

The reality star also told how she was ‘lost’ during her last trip to the United Arab Emirates as she shared a bikini-clad throwback alongside a poignant caption. 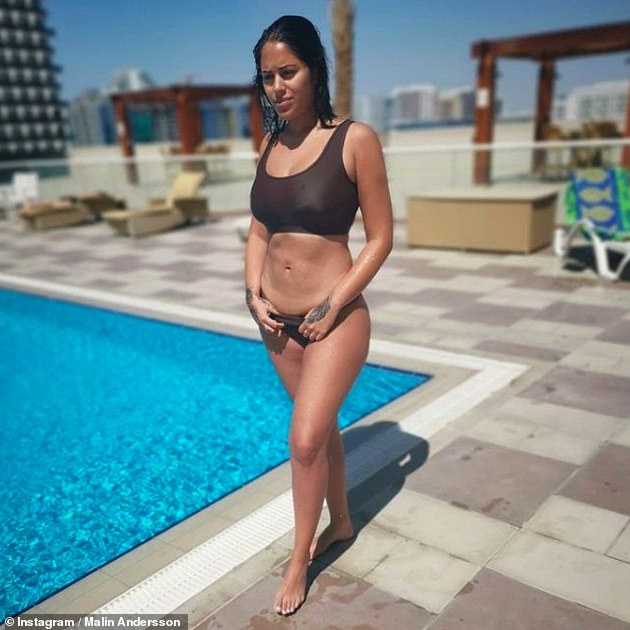 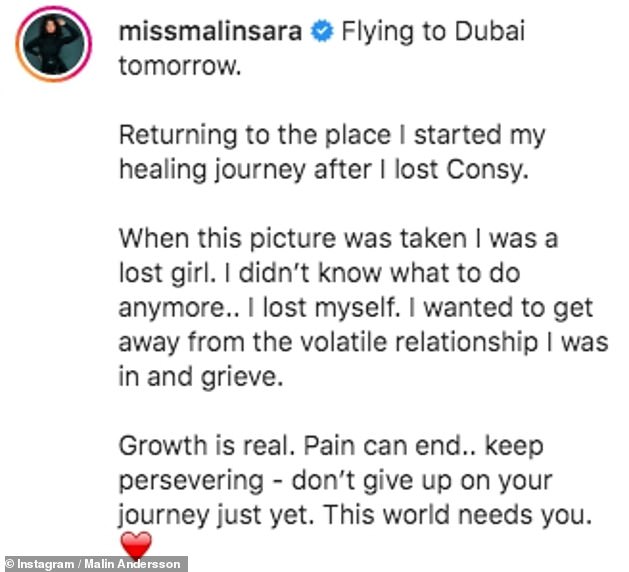 ‘I was lost’: Earlier this month, the body confidence advocate explained how Dubai helped her to heal from grief after the tragic loss of her daughter Consy

Captioning her picture, the influencer wrote: ‘Flying to Dubai tomorrow. Returning to the place I started my healing journey after I lost Consy.

‘When this picture was taken I was a lost girl. I didn’t know what to do anymore.. I lost myself. I wanted to get away from the volatile relationship I was in and grieve.

‘Growth is real. Pain can end.. keep persevering – don’t give up on your journey just yet. This world needs you.’ 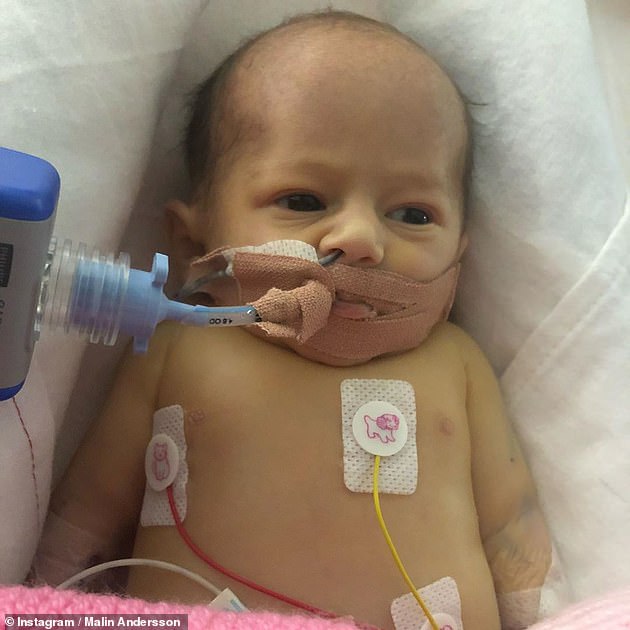 Tragic: The TV star lost her daughter Consy, who she shared with ex Tom Kemp, when she was just one month old, after she was born seven weeks premature in December 2018

Montana man confronts Tucker Carlson at fishing store, calling him ‘the worst human being ever’

A man has recorded the moment he confronted Tucker Carlson at a fishing supplies store in...