low ratings for Biden on the economy as prices rise 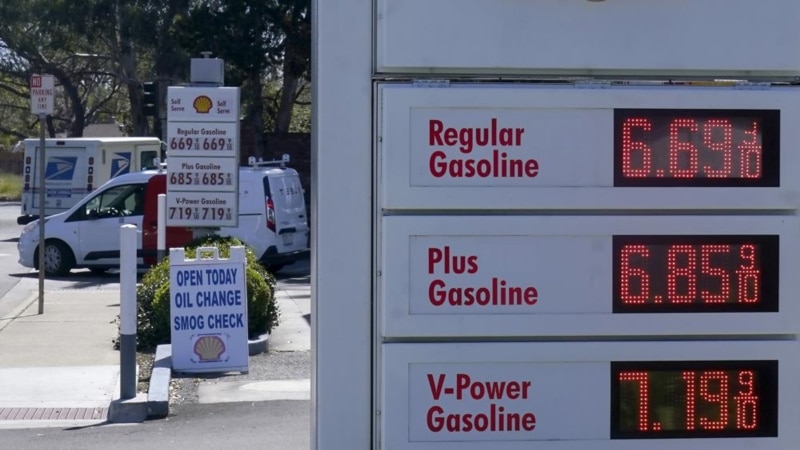 Most Americans say they don’t blame President Joe Biden for high gas prices, but give his economic leadership low marks amid inflation fears and deep pessimism about economic conditions.

About 7 in 10 Americans say the country’s economy is in bad shape and about two-thirds disapprove of Biden’s handling of the economy, according to a new poll from The Associated Press-NORC Center for Public AffairsResearch. In addition, Americans are more likely to say that his policies have hurt the economy rather than helped it.

However, less than half say the increase in gas prices is Biden’s fault, a reflection of how the country is processing Russian President Vladimir Putin’s invasion of Ukraine and the resulting increase in costs. of the oil.

The polls hint at a paradox in which the public sees Biden as in power without necessarily being in control. His hopes for a lasting economic renaissance have faded as Americans grapple with higher food and energy costs. And the promise of a country no longer under the sway of the pandemic has been supplanted by the uncertainty of war in Europe.

“It’s going to get worse before it gets better,” said Adam Newago, 53, a truck driver from Eau Claire, Wisconsin. He sees inflation as spiraling outward with higher fuel prices driving up shipping costs and ultimately driving up prices throughout the broader economy.

Newago said he reluctantly voted for President Donald Trump in 2020, while his wife voted for Biden. He feels that inflation at its highest point in 40 years and the withdrawal of US troops from Afghanistan have led to a “disaster”.

Overall, 65% of Americans disapprove of Biden’s handling of the nation’s economy, including 96% of Republicans and 36% of Democrats. The overall proportion saying they disapprove increased from 57% in December 2021 to 47% last July.

Gasoline prices trump other types of inflation when it comes to concerns ordinary Americans have about price increases affecting their bottom line. A whopping 68% said they are very concerned about gas prices, while 59% expressed the same degree of concern about rising grocery prices.

I’ve Been A Health Coach For 20 Years. Here’s What Most Diet And Exercise Plans Get Wrong.