‘I had a lot of personal problems and my family also suffered’: Lucas Torreira reveals his struggles to settle at Arsenal and underlines his desire to turn his Atletico Madrid loan into a permanent switch

Lucas Torreira has revealed he was miserable at Arsenal, admitting he and his family ‘suffered’ in north London, after moving to Atletico Madrid on loan.

The Uruguayan joined Arsenal in 2018 and was an immediate hit, forging a good relationship with the Gunners faithful and playing 50 times in his debut season under Unai Emery.

But he struggled to carve out a regular first-team spot under new boss Mikel Arteta and was sent to the LaLiga side in a temporary switch earlier this month, with Atletico’s Thomas Partey moving the other way in a separate £45million move. 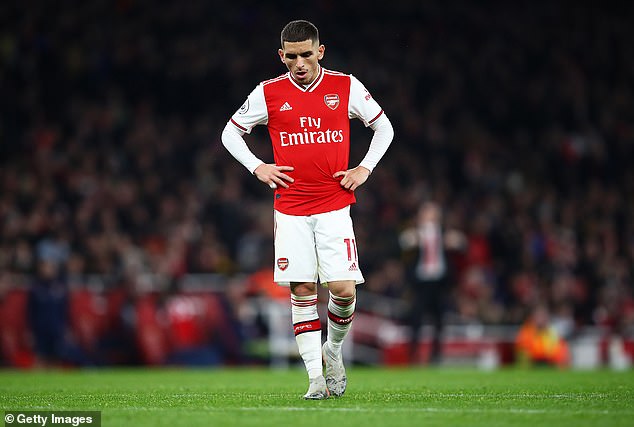 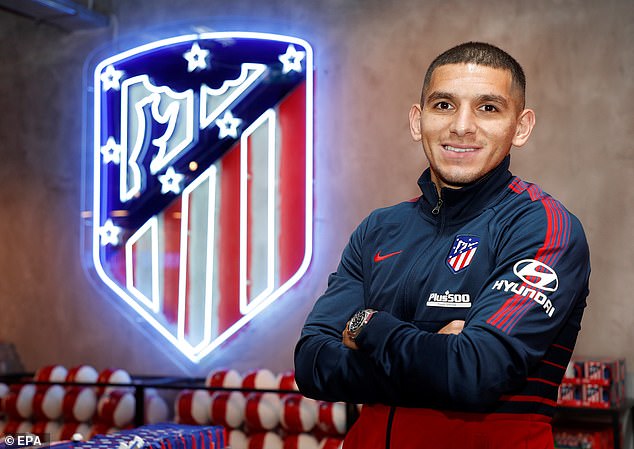 The 24-year-old has now spoken out about his struggles at Arsenal, admitting he had ‘a lot of personal problems’ and praised the way he had been welcomed since he arrived in the Spanish capital.

‘I’ve suffered a lot of things, I had a lot of personal problems and more than anything my family also suffered,’ he told Uruguyan outlet Ovacion.

‘I know that I am a year on loan. But I’ve been here for four or five days and it seems like it’s a lot, because I’ve been treated very well.’

He said it had been his ‘dream’ to play for Atletico and that he hoped he could make the move permanent when his loan expires next summer. 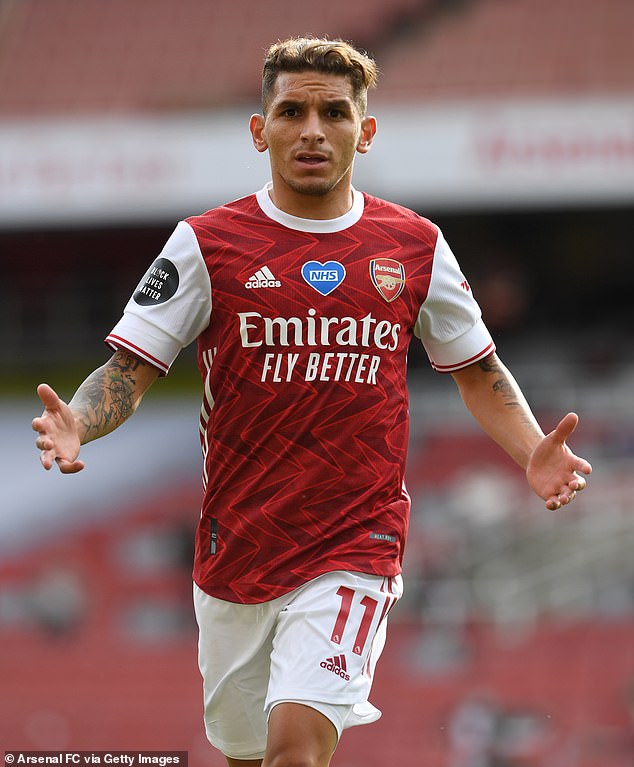 Torreira, who fell out of favour with Mikel Arteta, said he had ‘personal problems’ at Arsenal

‘It is a new opportunity in my life, in which I have fought a lot, because Atletico has always been one of my dreams, one of my goals as a team,’ he added.

‘And being able to achieve it at the age of 24 is something very important.

‘It all depends on how I go during the season, which I hope is very good, and maybe in the future I can stay in the club.’

Torreira, who has made 89 appearances for the team, penned what appeared to be a farewell message to Arsenal once his loan deal was confirmed – hailing the fans for their support and saying he would ‘always be a Gunner’. 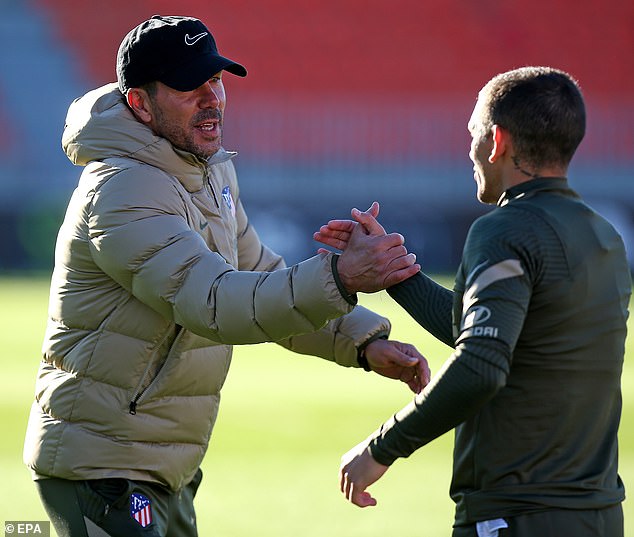 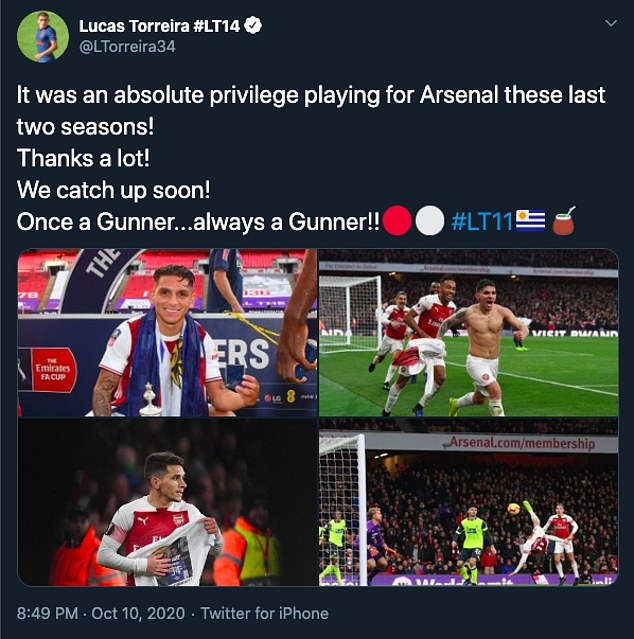 ‘I would like to thank all the people I met at Arsenal during these two incredible years, all the outstanding staff working on and off the pitch.

‘And, of course, I would like to hug all the Arsenal fans for the amazing support they have been showing me since the first day.

‘The chant you sang for me will always be in my heart. It was an absolute privilege playing for Arsenal these last two seasons.

‘Thanks a lot! We’ll catch up soon. Once a Gunner…always a Gunner!’