Lukaku leads Chelsea to beat Zenit with difficulty in the Champions League .. Video 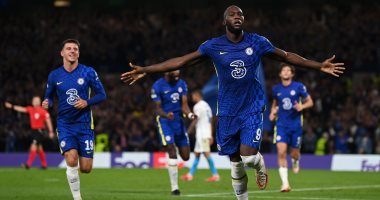 Chelsea scored a difficult victory over its guest, Zenit Saint Petersburg, Russia, with a clean goal, in the meeting that brought the two teams together, on Tuesday evening, at Stamford Bridge, in the first round of Group H of the group stage of the European Champions League.

In the same group, the Italian club Juventus beat its Swedish host Malmo 3-0, to lead the group by goal difference from Chelsea.

The Slovenian President of the European Football Association, Aleksander Ceferin, honored the Chelsea stars who won the best awards for last season, before the start of the match.

Chelsea won the Champions League last season 2020-2021, for the second time in its history, after beating Manchester City 1-0 in the final..

ex-agents plead “not guilty” to charges

Inter against Real.. 25 matches and the title of Ancelotti’s harvest in the Champions League with the Royal

Inter against Real.. 25 matches and the title of Ancelotti's harvest in the Champions League with the Royal