Luke Shaw believes Manchester United are back on track having cut out the ‘sloppy, silly’ mistakes that hurt them in the opening weeks of the season.

Ole Gunnar Solskjaer oversaw a 2-1 triumph at Paris St Germain in Tuesday’s Champions League opener, fresh from winning at Newcastle on their return from the international break.

Those results were an impressive response to the 6-1 shellacking at the hands of Tottenham at Old Trafford, where United returned for the first time since that chastening loss on Saturday evening against top-four rivals Chelsea. 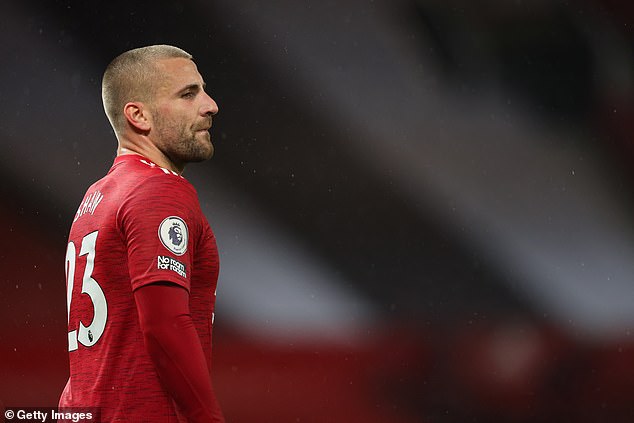 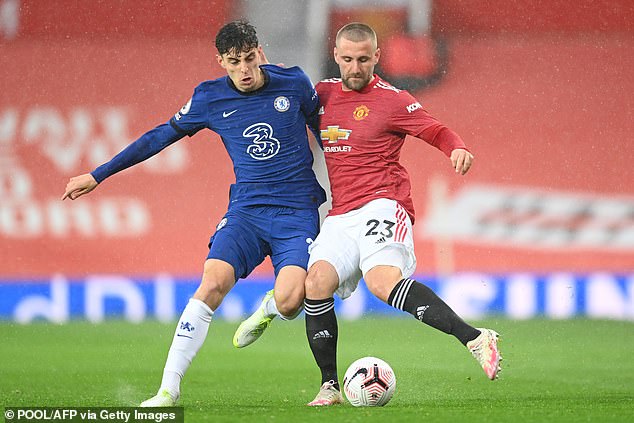 United edged the game but had to settle for a 0-0 draw that means they have failed to win any of their first three home games in a league season for the first time since 1972-73, but Shaw is looking at the positives and progress.

‘We defended much better than we have been, especially against a very good team like Chelsea who have high-quality players all around the pitch,’ the left-back said.

‘I feel like they didn’t really create much, and we did well in that aspect. But higher up the pitch we should have maybe grabbed a goal, or maybe even two, and taken the three points.

‘When we’re on the pitch now, it feels different to what it was before. Before, we made a lot of sloppy, silly mistakes – individual mistakes – and I think we’ve learned from that and we’ve worked hard in training. 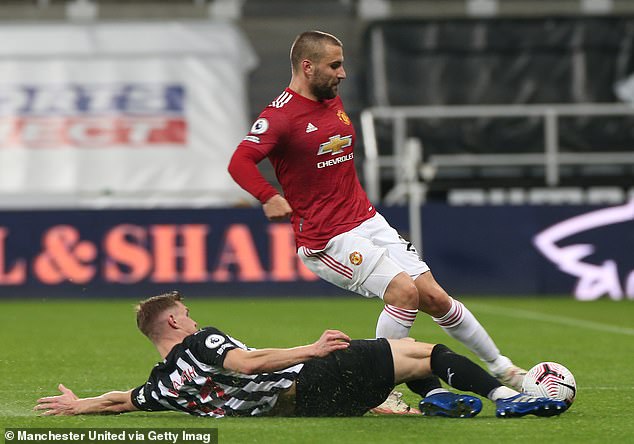 ‘We knew we needed to improve, and I think we need to build on this today and take it to Wednesday.’

RB Leipzig are the visitors to Old Trafford when the Champions League resumes on Wednesday, before Arsenal come to town in the Premier League next Sunday.

Deadline-day signing Edinson Cavani will be looking to get more minutes in those matches having gone agonisingly close to scoring with his first touch off the bench, while fellow new boy Alex Telles impressed on his debut at PSG.

Summer signing Donny van de Beek was an unused substitute against Chelsea, with Solskjaer instead bringing Mason Greenwood, Paul Pogba and the aforementioned Cavani off a strong-looking bench. 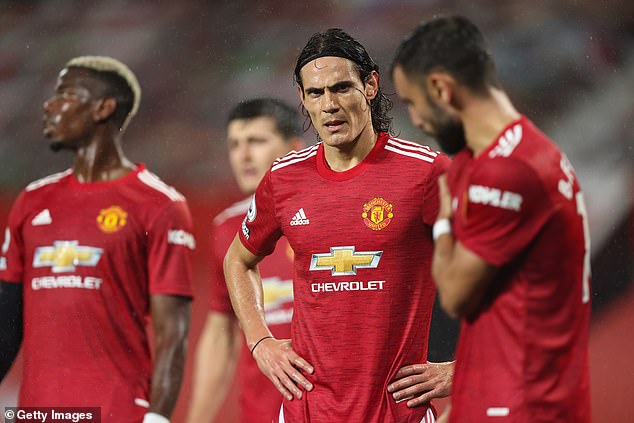 ‘Everyone’s pushing. The ones on the bench want to be in the starting XI, so it’s good to have that healthy competition that is going to push the lads.

‘We need to keep pushing. Of course we’re a bit disappointed we haven’t got three points but we need to just get our focus back, (because) we have a massive game on Wednesday that we need to win.’

Chelsea goalkeeper Edouard Mendy produced some fine saves to frustrate United at Old Trafford, where the visitors were left perplexed as Harry Maguire avoided punishment for wrestling Cesar Azpilicueta to the ground in the box. 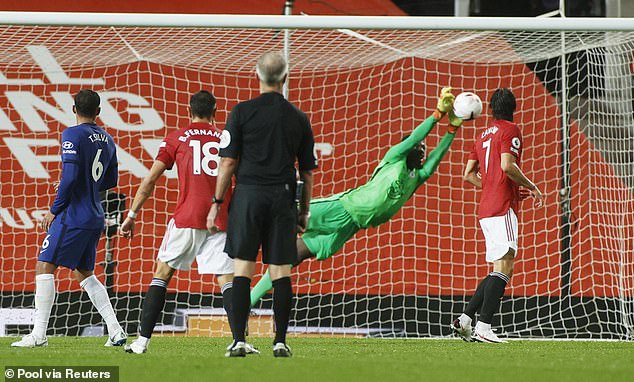 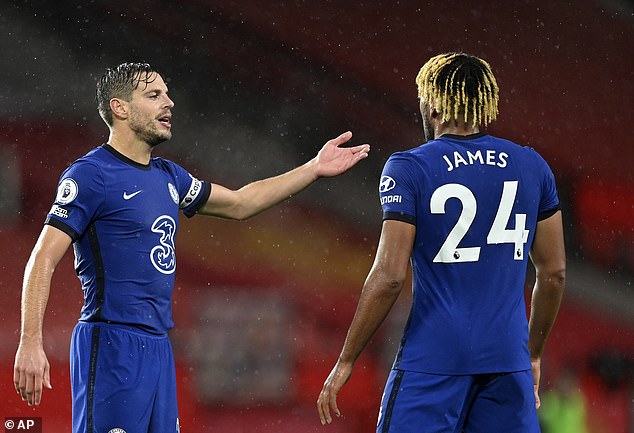 The Blues skipper could not believe the video assistant referee did not intervene – a view shared by manager Frank Lampard – but admitted the side were not firing on all cylinders on Saturday.

‘We were not dangerous in the final third to get more from the game and my feeling on the pitch is that we could have done more to get three points,’ Azpilicueta said.

‘Edou made two good saves so obviously at the end it is good to get a clean sheet and to recover that defensive solidity, which is important.

‘We want more and now we have to find a balance with good defensive performances from the whole team and also have that quality because we have a big threat up front with our players.’