Magicians mark 100 years of ‘sawing woman in half’ trick 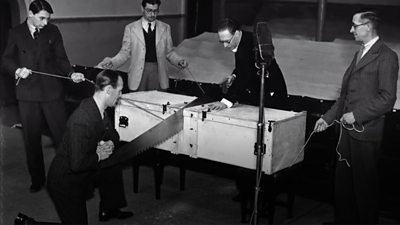 Illusionists around the world are taking part in an online celebration this weekend to mark 100 years since magician PT Selbit first performed the trick of sawing a woman in half.

Magician Michael J Fitch and his wife, Helen, spoke to the BBC’s David Sillito about how the trick still captures imaginations a century later.

Principles of Risk Management and Insurance (Pearson Series in Finance)