‘There was never a rocky relationship between us’: Ainsley Maitland-Niles credits Mikel Arteta for his decision to stay at Arsenal this summer and his rise into the England team

Ainsley Maitland-Niles has credited Mikel Arteta for his rise from Arsenal squad option to England international – admitting he was not demanding enough from himself.

The 23-year-old made his Three Lions debut last month after starring for his club in their FA Cup final win over Chelsea and the Community Shield success against Liverpool.

Things could have gone a very different way for the Arsenal academy graduate, who was linked with a move away from the Emirates Stadium in the summer. 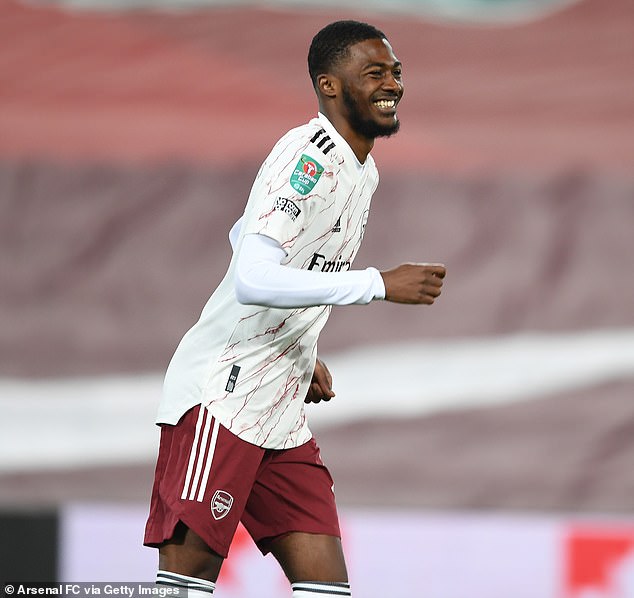 That followed a difficult initial period working under Arteta, who said back in March that Maitland-Niles needed to ‘put his head down and work hard’ after he was asked about his constant omissions.

Now Maitland-Niles is a key part of Arteta’s set-up and he praised the Spaniard for helping to improve his approach.

‘There was never a rocky relationship between us,’ he said.

‘It was just he demanded more from me than I was demanding from myself. He told me that and I had to work to do to get back into the team. That’s as simple as I was. 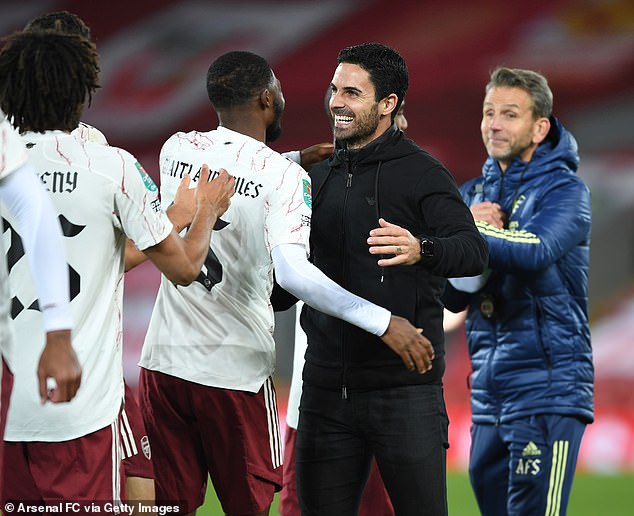 ‘Of course the manager can always see different things than a player can see because he is looking at it from a different angle.

‘He has got different feelings, different emotions to what I felt at the time. It is a good job that I did listen. It is all paying off now.

‘He just installed a lot of confidence in me that I had in myself, but maybe I didn’t know how to bring out. He has helped me do that. 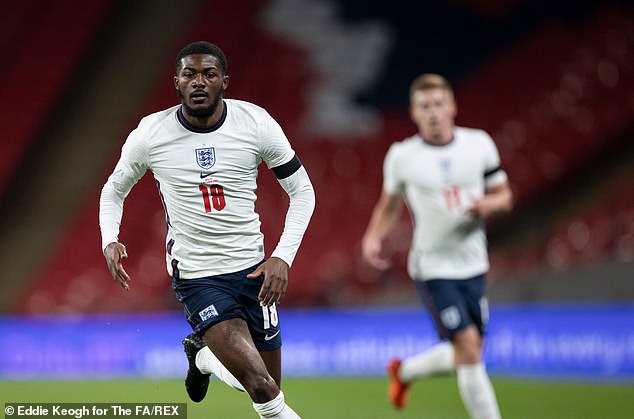 Having been linked with the likes of Wolves and Brighton, Maitland-Niles said he opted to stay put – and has no regrets over the decision.

‘There was a lot of speculation going around about that,’ he replied when asked if there was a chance he could have left.

‘But ultimately I chose to stay at the club, which I love. I am happy with my decision and I am sure the manager is happy that I stayed as well.

‘It is just about cracking on now and focusing on the games ahead.

‘I just had my head focused on football and just trying to play well, keep myself healthy.

‘When I get my time on the pitch I just do what the manager asks me to do. I wasn’t really focused on any of the speculation going on.’