They killed my troops… now we work together: Major General JAMES COWAN, former UK Commander in Helmand Province argues it is no contradiction to participate in war fighting and support peace processes

The four recently reconciled Taliban fighters sipped their tea as they described the freezing conditions in the hills around Tora Bora.

It was November 2019 and the temperature had now dipped in Kabul.

The start of my tour was marked by unremitting insurgent violence. Sixty-four of my soldiers were killed. And yet here I was drinking tea on a carpet with four former members of the group I had fought.

It is no contradiction to participate in war fighting and support peace processes. I am the son of a man who was injured in an IRA attack and yet champions the Good Friday Agreement. 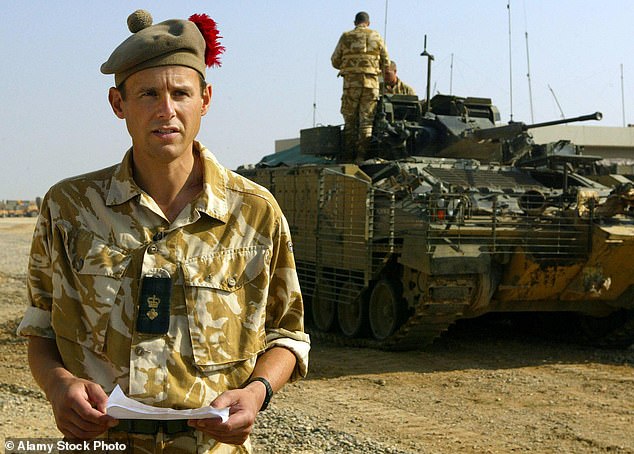 Since I left the British Army in 2015, I have led the world’s largest humanitarian demining organisation, The Halo Trust.

Our mission is to save lives and livelihoods by removing the debris of war. I believe we are also pivotal to the peace talks in Afghanistan right now.

Although most famous for escorting Princess Diana through an Angolan minefield in 1997, Halo was founded nine years earlier in Afghanistan. Our founders were appalled by the death toll suffered by civilians as a result of landmines.

They saw a population blighted by poverty and injury. So rather than parachute in expensive Western experts, they began training local men.

For an Afghan man of fighting age, regular employment and a dignified salary is transformational.

The four former Taliban I had tea with that morning were all trained as deminers by Halo.

As we talked, it became clear that all four had joined the fight to feed their families.

But since they left the mountains and exchanged their weapons for metal detectors, they earned three times more clearing landmines.

Moreover, their work was helping to make their whole communities safe – providing safe passage to schoolchildren and fertile land to farmers.

Put this way, it is easy for me to explain my journey from Army commander who fought the Taliban to CEO of a humanitarian charity that now pays their salaries.

As the Afghan peace talks progress, it is clear that there can be no lasting peace in Afghanistan unless all unexploded munitions are cleared and ex-Taliban members have access to dignified, meaningful livelihoods. 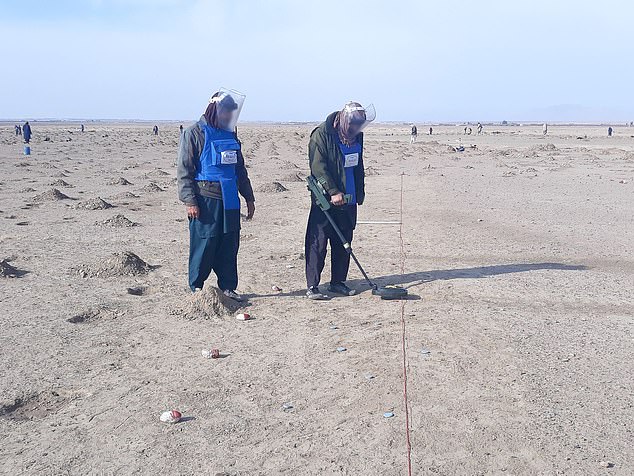 ‘It is no contradiction to participate in war fighting and support peace processes. I am the son of a man who was injured in an IRA attack and yet champions the Good Friday Agreement.’ Pictured: Former Taliban fighters clearing mines in Kandahar, Afghanistan

Today Halo has 2,400 Afghans on its books. At least 1,000 are known to be former combatants from different armed groups, including the Taliban.

We have an excellent retention rate: of 250 ex-Taliban recruited in 2011, only one returned to the fight after his training. But we want to do more. I want to double our workforce and hire an additional 2,600 deminers, including women.

Over the last three decades UK Aid has helped Halo destroy 850,000 mines, releasing safe land equivalent to the size of Los Angeles. Imagine what a force encompassing thousands of ex-Taliban fighters could achieve – both to make people safe and the country stable.

It would cost the UK Government just £15.5million per year for us to employ 2,600 additional deminers for five years, a fraction of the billions spent on military support in that country.

The path to peace does not always run smooth, as the current fighting in Helmand will testify. But I believe we are closer to peace in Afghanistan than at any point since 9/11.

Meanwhile, I look forward to returning to Kabul, a city I love, soon.

And I look forward to drinking many more cups of tea – with former enemies whom I now call colleagues and friends.