Man, 24, dies after being attacked near train station in Crawley as police launch manhunt


Man, 24, dies after being attacked near train station in Crawley as police launch manhunt for suspect

A 24-year-old man has died after being attacked near a train station in Crawley as police launch a manhunt for the suspect.

Police and paramedics, including an air ambulance doctor, rushed to Russell Way at around 9pm last night, where they found the victim seriously injured.

He was pronounced dead at the scene, sparking a manhunt by Sussex Police to find a suspect, who is thought to be known to the victim.

Armed police were out searching for a suspect last night after a 24-year-old was killed in an attack in Three Bridges, near Crawley 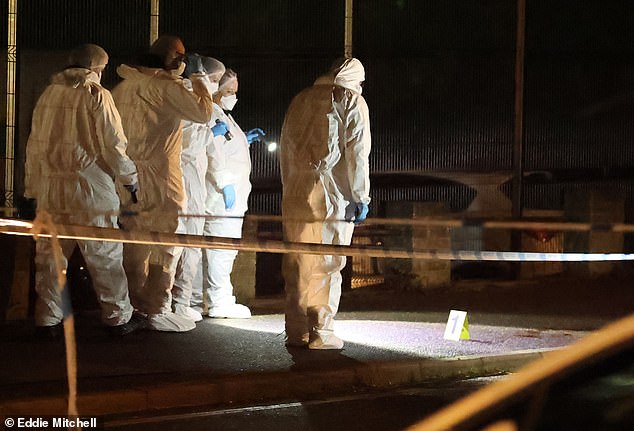 A spokeswoman from Sussex Police said this morning: ‘A man died from his injuries after being stabbed in Three Bridges, Crawley.

‘Emergency services were called to Russell Way at 9pm on Tuesday (October 27), where they found the 24-year-old victim seriously injured. He was treated by paramedics and an air ambulance doctor, but despite the specialist care provided was sadly declared dead at the scene.

‘A suspect, known to the victim, is being sought by police in connection with the incident, which is believed to be confined to the two people involved.

‘Anyone with information is asked to report online or call 101 quoting Operation Parkhead.’

Forensic experts were in Russell Way following the attack on Tuesday night. Police say they are looking for a suspect who was known to the victim 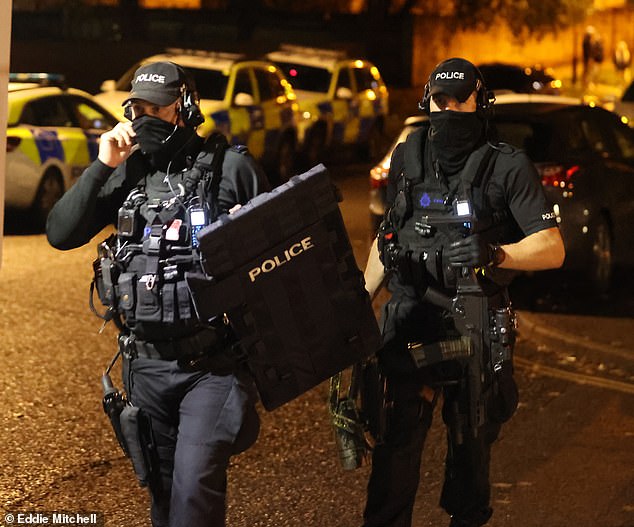 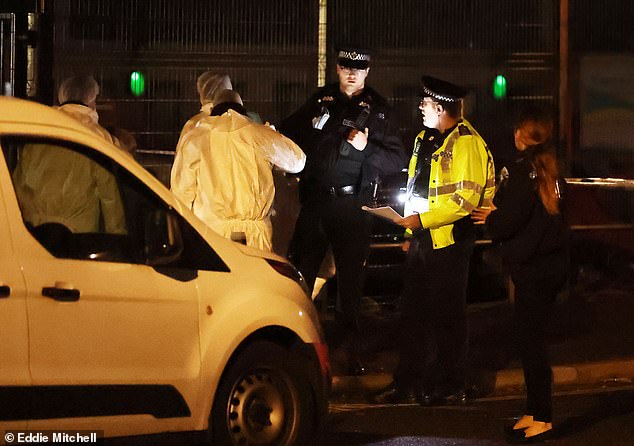 Armed police were out with local officers and forensic teams near the Skyfall apartments at around 9pm.

Officers had cordoned off part of the street as they carried out investigations into the night.

Helicopters were reportedly heard circling overhead in the town following the attack. 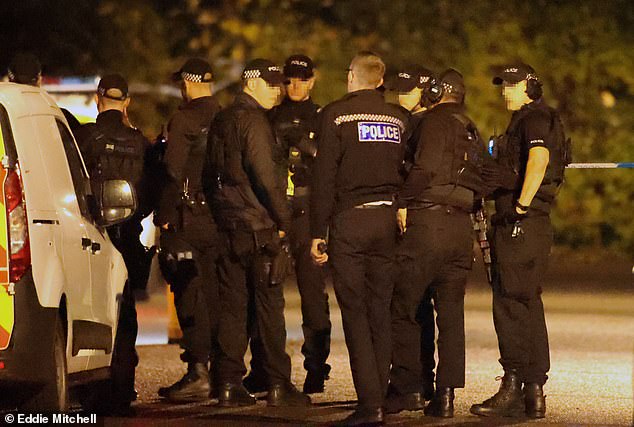 There was a large police presence following the attack, as police descended on Russell Way at around 9pm on Tuesday 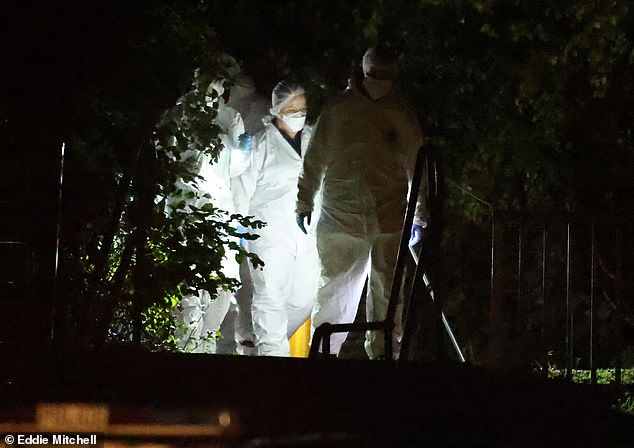 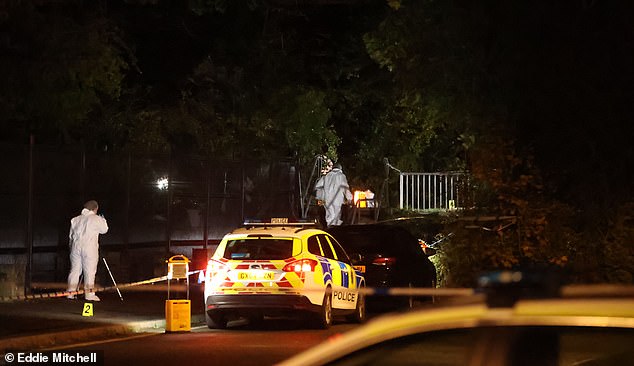